What is a platformer? Jumping from one platform to another to reach the final goal, right? Well, Super Magbot takes one key ingredient out of the expected formula, polarising the game compared to its counterparts. Yes, in Super Magbot you cannot jump but don’t worry, with magnetic fields, you will still be able to take to the sky.

As an evil force slowly rips through the galaxy, the people of MagTek need a hero. With the ability to control magnetic polarity, Magbot will have to traverse obstacle-filled environments in order to save the Magnetia system. Although not an original story, it’s merely a premise to accompany challenging platforming levels.

Similarities to the incredible Super Meat Boy are instantly visible. Levels contain a multitude of dangers that you must avoid in order to complete the stage. However, differentiating itself is the use of magnetic repulsion and attraction. Blue and red panels are dotted throughout areas allowing the protagonist to either pull towards or push away from objects. With full 360 degrees control, you simply point at your desired panel and hit the same color trigger to repel or the opposite to attract. Although this is perfectly implemented, altering your brain to think the way that the game requires is difficult.

Planning ahead is imperative and you’ll find yourself memorizing color sequences for each stage. Similar to games like Celeste, each area is small but contains many hazards that will ultimately result in death. Instantly reloading and attempting stages multiple times is an addictive loop that will keep you hooked. The mind-bending magnetic mechanic never truly became second nature for me and I found myself having to actively think and work out routes. Although this added a puzzle element to the game, it stifled the pace of the bite-sized levels. 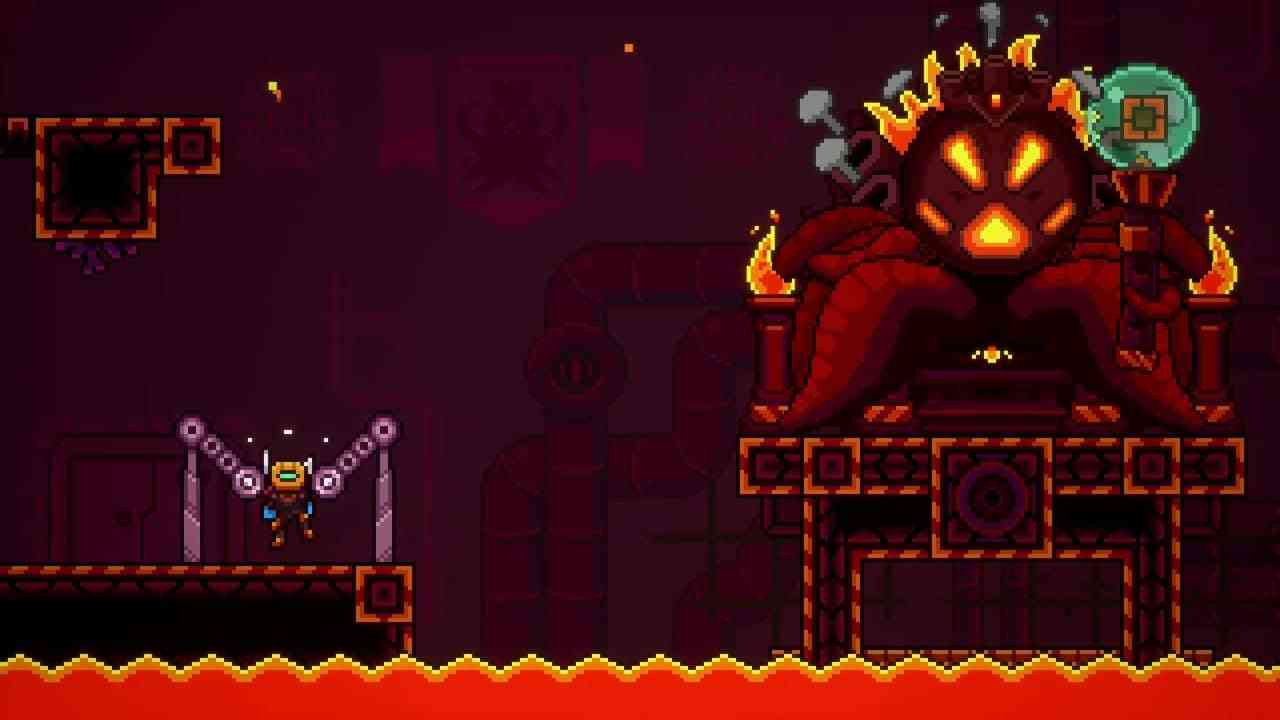 Each stage and world build on mechanics adding variety. For example, one world includes bubbles that allow you to hang in the air for a moment and another has fire that burns platforms, forcing the gamer to play at a particular pace. Astral Pixel’s methodical introduction of new gameplay elements is excellent and helps to make each level a thrill. Due to the difficulty slowly cranking up after each level, there is a massive sense of relief and achievement after completing an area you have been stuck on. However, you can simply skip a level and return to it at a later date as three levels are available to tackle at any point. Additionally, there are some assist options to support gamers who are really struggling. One option grants you checkpoints which can be extremely helpful for the longer boss battles. Another will give you infinite air time, meaning you will no longer need to land on a platform to recharge your ability.

Stuck in the Middle

At the climax of each world is the boss battle. These were my favorite parts as not only did they test your skills but they also varied drastically from one another. Whether you are being chased through an environment or avoiding attacks in a closed arena, each screen-filling fight is a joy. After completing a world, you also gain access to Broken levels which will challenge even the most skilled players. With star fragments on each level and best time scores too, Super Magbot is packed with enough content to keep you gripped for hours on end! 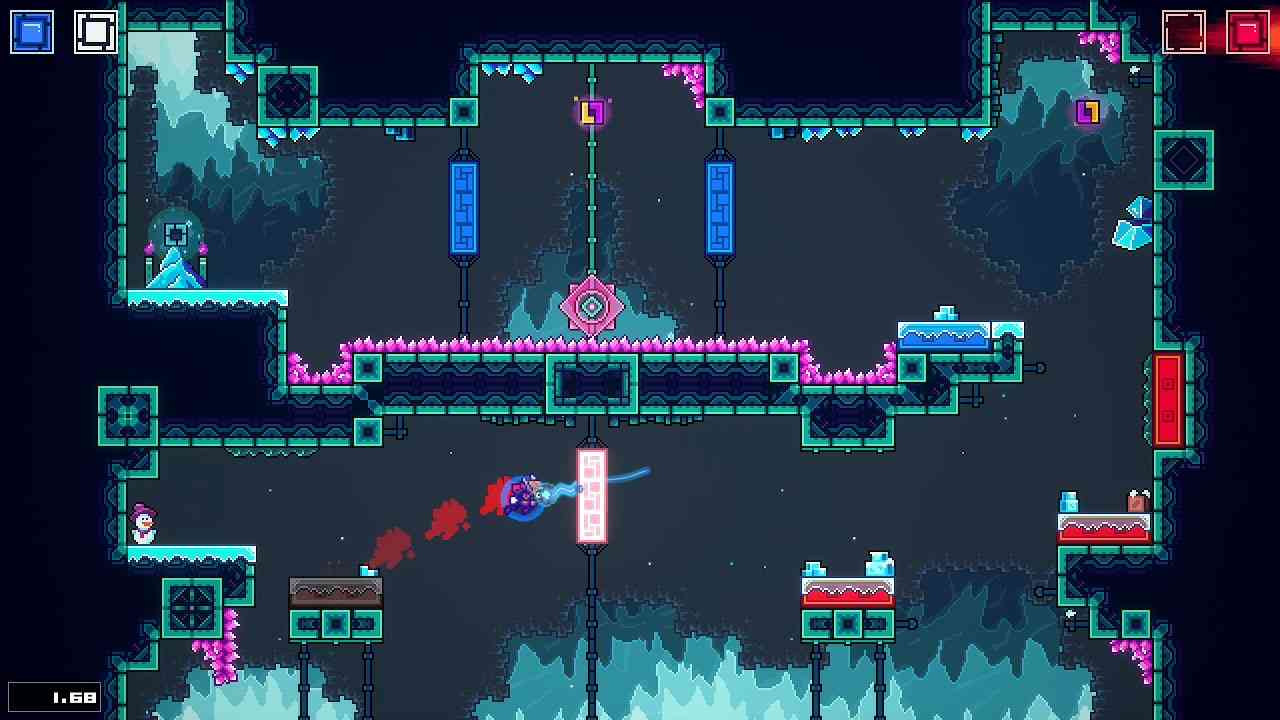 Although Super Magbot’s pixel art style works, it does nothing to separate itself from its influences. Characters, environments and hazards all look remarkably similar to games that came before. With such a unique mechanic, I would have loved to have seen something more original with the visuals whilst still maintaining a retro aesthetic. In terms of the audio, the chiptune extravaganza is delightful. Not only does it harken back to classics in the genre, but the catchy melodies also suit the futuristic setting of the game.

Super Magbot is a fun, yet at times, frustrating game. Fine-tuning your brain to think differently is difficult and even up to the final boss, the core mechanic never felt natural. However, the sense of satisfaction when completing a tough stage is priceless. For gamers looking for a challenging, unique take on the platforming genre, then Super Magbot is definitely worth checking out. 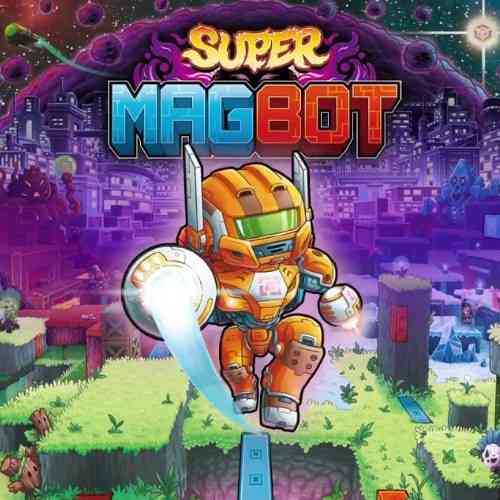