For the most part, the Mana series is fairly straightforward. You master various weapons, recover the power of Mana in its myriad forms, and save the day. Legend of Mana is slightly different. So much so, in fact, that I’m not sure where to start. The graphics are beautiful, the soundtrack is excellent, and the controls are fairly intuitive. On the other hand, massive chunks of the game are completely obfuscated by design. Without constant access to a walkthrough, you’d need at least a couple of full playthroughs to really figure out the finer details of this curious action RPG.

You’ve been tasked with rebuilding a broken world, allowing Mana’s power to return and make things right. Normally I’d either engage in or avoid story spoilers, but I have no idea what the rest of the plot is like. Both the world map and the total narrative arc are yours to control. You get an artifact, which unlocks a stage. Finishing that stage gives you access to more artifacts, which you can place in any order you wish. As such, certain episodes of the story can be seen in a variable order, if you see them all. Furthermore, this modular design makes a cohesive, interconnected plot impossible. So the developers just didn’t include one. Rather, if they did provide a main story, I’ve yet to encounter it. Each stage’s plot is fine, but they never felt like they added up to anything significant. Instead, you’re treated to a succession of beautiful, weird little vignettes.

At first, I was a bit thrown off by the graphics. This is a remaster after all, so some changes have been made. But not as many as you would guess! The character sprites have been perfectly preserved, and the music has been expertly updated. The orchestral arrangements are a seamless evolution of the original score. The only major change, relatively speaking, has been the backgrounds and environments. They’re cleaner, more suitable to modern resolution and screen sizes. But that’s everything! Anime intros aside, this is a faithful homage to the original release. If you didn’t know what to look for, you’d be hard-pressed to assume it was a remaster at all. Which, in my opinion, is the ideal path to take when remastering classic games. You’ve got to balance what still works with what doesn’t. 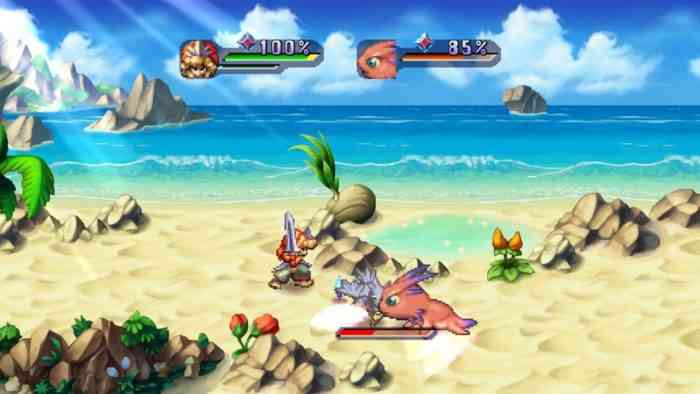 Like all Mana games, combat is centered around charges and weapon mastery. I never felt like I’d picked the wrong weapon to use, so I was free to experiment or change things up as I wished. Magic is a little weirder. Spells are tied to items you find in shops, which I discovered by accident. They also take up the same space as skills in your battle layout, which forces you to make some hard choices down the road. Thankfully you get a good idea about which skills are actually useful in short order. Because I was introduced to spells later in the game, I never found as much use for them in battle. Skills and spells are also tied to the same charge bar. Once it gets to 100%, you’ve got to choose between magic and special attacks. This is a great way for battles to go fully sideways, it turns out.

While I made a lot of fatal, grievous errors during combat, I was never punished too badly for it. You’ve always got the option to pick up right where you left off once you’re defeated. Plus, you’re fully healed between fights, which is a huge help. To that end, I never worked out a system for healing during combat. I never felt like I needed it, you see. So while three normal enemies can eat your entire health bar with a chain of strikes, you’re not all that discouraged by it. Unless it happens four times in a row. You’ve got a range of basic moves you can employ to try and avoid these things, but they don’t always help. So long as you never stop moving you’ll be fine, probably.

Since this is a remastered version of an older game, you’ll have plenty of resources online. Fair warning, however: if you look up a walkthrough for Legend of Mana, you’ll instantly regret it. You will, in fact, discover you’ve been playing the game all wrong this whole time. It turns out there’s a correct way to place every single artifact on the map. Worse, the spot you choose as the world map has a big impact on whether you can perform this proper placement at all. There are a whole host of tiny choices that determine what sort of ending you land on. The good news is the New Game Plus function is pretty robust. The bad news is you will almost certainly need to use it more than once to get the ‘proper ending’ to the game.

On the surface, this game has all the ingredients to make a great RPG. The graphics are gorgeous, the soundtrack is infectious, the combat is approachable yet complex, and there’s a ton of replay value. Unfortunately, the disparate pieces don’t hang together quite right. Without a strong central narrative, you’re left bouncing around for the whole playthrough. And without a comprehensive walkthrough, you’ll be doing so for quite a long time. There’s a serious barrier to entry, but I still managed to enjoy myself in spite of all this. If you read all that and still want to dive in, then don’t hesitate to do so. Despite all the strange roadblocks, Legend of Mana has a lot to offer any action RPG fan with a little patience and perseverance. 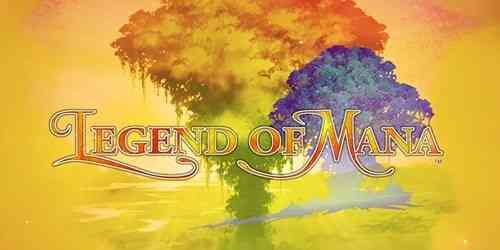