Though E3 2021 hasn’t had a ton of new game reveals, there are a few hidden gems tucked away. The zany and delightfully spooky hybrid platformer Demon Turf is one of them. Created by indie dev studio Fabraz, Demon Turf follows an ambitious demon girl named Beebz on her quest to conquer all of the titular Demon Turfs and overthrow the Demon King. But don’t go assuming that she’s some do-gooder–she plans to replace him and become the new Demon Queen. To help her achieve her dreams, players will jump, dive, spin, and punch their way across an adorably hellish 3D environment. The cast–including Beebz herself–appear to be represented as 2D art, adding a surreal touch to the seemingly straightforward gameplay. If the trailer is anything to go by, the result is going to be very trippy and extremely fun.

Shapeshifting seems to be a major mechanic–Beebz can transform into a bat or a bird for flight, a little octopus for swimming, a wheel for high-speed racing sections, and a spinning top of doom for combat. The focus on Beebz’s transformations makes gameplay kind of resemble an episode of Looney Tunes, which looks pretty fantastic in action. Add in a peppy soundtrack, a bunch of fun cartoony sound effects, and some very solid voice acting, and you have a new indie gem.

If you’re interested in Demon Turf’s playful style and fast-paced platforming, check out the demo. Demon Turf Trials offers a full tutorial, two complete main levels of the full game, and a new challenge, all completely free. Climb to the top of the leaderboard and your achievement will be celebrated with a personal portrait in the main game. Also, you get a free limited edition T-shirt for winners. Now that sounds like fun. 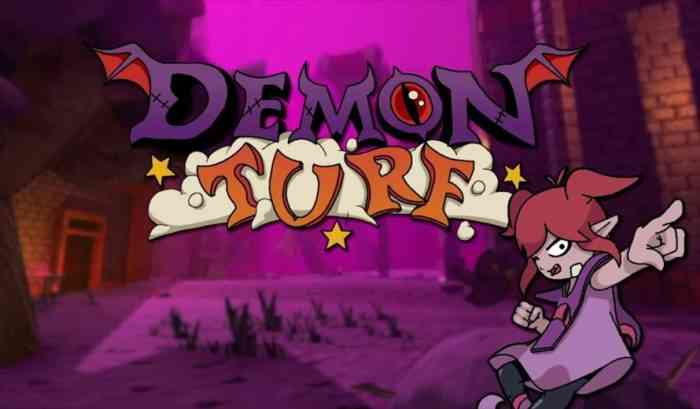 Which of the new games announced at E3 2021 are you most excited about? Let us know down in the comments, or hit us up on Twitter or Facebook.