The Suicide of Rachel Foster Review

The Suicide of Rachel Foster intrigued me both with its title and overall game aesthetic in the trailer. With a title like that ONE-O-ONE Games is making a bit of a statement and I definitely wanted to delve deeper. And if I’m being really honest here, there is a very strong Firewatch vibe to it that I simply needed to check out for myself. What begins as a potential psychological thriller turns into more of a walking simulator mystery game and though it suffers a bit of an identity crisis as a result, the story will pull you right in.

The Suicide of Rachel Foster begins on a sad note. We meet Nicole, a young woman trying to fulfill her mother’s last wishes to not only go back to the family hotel in Montana and sell it, but to also make amends with Rachel’s family. Now you might be wondering who Rachel is, especially since her name is in the title of the game. She’s an under-aged girl who Nicole’s father, Leonard, had sex with and subsequently impregnated, who then commits suicide.

What’s set to be a rather mundane activity of taking a walkthrough of the old and deteriorating hotel turns into so much more. As a snow storm rolls in, Nicole has no choice but to stay at the eerie hotel and uncover a 10-year-old mystery. She’s not entirely alone however, as a young FEMA agent named Irving helps guide her along the way through an old phone. What’s crazy is just how many secrets the walls of the hotel are keeping. Don’t worry though, you’ll uncover them all during the 3 to 5 hours it takes to reach the last scene.

The gameplay is quite simple. You’ll have to walk around, exploring The Timberland, adding items to your inventory, and uncovering the sinister details surrounding Rachel’s death. Well, that and talking to Irving through the old phone as the only means to move the narrative-driven gameplay forward. Other than that there isn’t too much to keep track of outside of the steady stream of interesting tidbits of information about Nicole’s family and Rachel.

Where The Suicide of Rachel Foster really shines however is with just how great it looks and sounds. The level of detail that went into the hotel design is damn impressive and it’s no small feat either. The hotel is quite large and you’ll have to rely on your memory to find your way around. Every aspect of the hotel really drives home that the building is, although not quite haunted, very, very creepy. Because of just how realistic everything looks and feels, this indie title offers a level of realism I haven’t seen in a while from a game of its size. 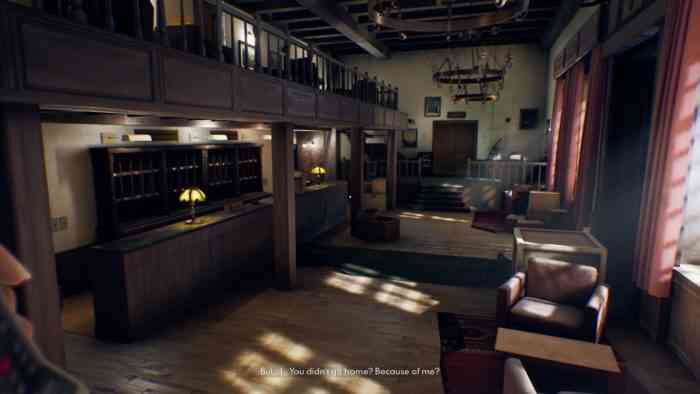 What keeps the players even more immersed in the experience from start to finish is not only the graphical prowess shown, but also the superb sound design as well. You become nervous when you hear the shutters slam against the windows, or the floorboards creak behind you. You hear the wind howling outside and weird, eerie noises throughout the entirety of the hotel. Add the subtle music into the mix that keeps up with each and every twist and turn in the game and there’s absolutely nothing to complain about here. I can only imagine how real the game would feel in virtual reality!

And while the sound is spot-on, it’s the superb voice acting that really sells the realism. It’s what really drives the narrative forward in a compelling way. Sure, some of the writing feels a bit forced at times, but it’s the execution that deserves a round of applause. Honestly, the unconventional relationship that grows between Irving and Nicole and how their voice acting is dripping with emotion at all the right times is one of my favorite parts of the entire game.

That said, I’ve got some mixed emotions after finishing The Suicide of Rachel Foster. Though the narrative itself is thoroughly enjoyable and very well-executed, and the sound and graphical designs are knockout, some topics are just lacking genuine thoughtfulness. For a game so well-designed, where you can clearly tell the level of detail that went into designing the hotel and the characters, it’s disappointing. Without revealing any big story spoilers the entire narrative centers around Rachel, and her relationship with Leonard. Though I desperately want to know more about her, and I’m driven to keep playing the game to find out, ONE-O-ONE Games just brushes over the rape of an innocent girl. Instead the story paints the entire relationship between Nicole’s father, Leonard, and Rachel as a simple affair. I wish they had called Leonard for what he was: a pedophile. Instead of focusing on the fact that Rachel is the victim, the narrative focuses on Leonard’s “love” for her. It’s gross and just doesn’t sit right with me. 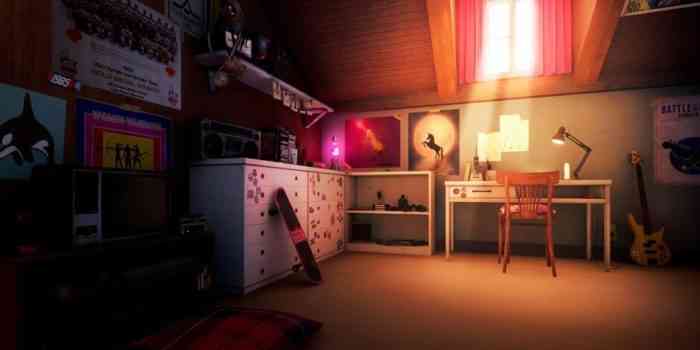 Regardless of some interesting creative choices, some heavy themes left widely unexplored, and a two-sided approach to the game that feels a bit disjointed at times, The Suicide of Rachel Foster is fairly well-executed. That’s not to say there aren’t some other smaller issues either however. There are occasional glitches that pop up which break the immersion the entire game builds up from the beginning, and there’s very little replayability value that comes along with The Suicide of Rachel Foster. Despite different endings, there isn’t an ability to skip ahead and get back near the end to experience it without starting from the beginning. I’d usually say go for it, but here, I’m not so sure it’s worth the time or effort.

If you’re unsure whether you can handle some uncomfortable and disturbing topics, this is definitely not the game for you. If you’re looking for a creepy and dark mystery to get lost in for a couple of hours, or you’re curious who Rachel Foster is, this is worth a playthrough. 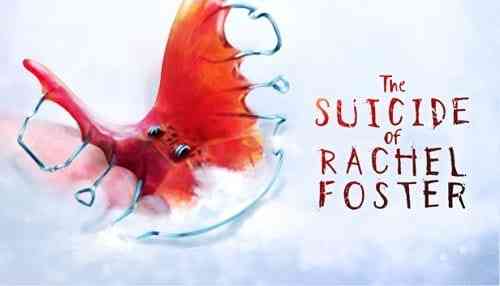 The Lord of the Rings: Gollum Will Launch on Current and Next Gen