Journey of the Broken Circle Review

Video games often delve into wonderful and unique worlds in order to tell stories that are designed to touch and resonate with audiences. Whether discovering the secrets that lie deep in your ancestral heritage or untangling the twisted tale of a man’s psyche, the narrative in video games has become audacious and bold in recent years. Journey of the Broken Circle follows suit and tells a compelling and emotional story that digs deep into the core values of humanity.

The naive and hopeful hero is broken and this haunts his livelihood. In order to find peace, he needs to fill the void in his life; the missing piece to complete the perfect circle. Acting as a visual metaphor, each area, and character you meet on this fascinating journey represents a relationship that embraces familiarities that ties the game to real-life scenarios. From highs to lows, Journey of the Broken Circles whisks you through an array of emotions that will leave an everlasting shape etched on the gamer’s soul.

Although the narrative is the focal point, the gameplay is enjoyable if a little simple. Your goal is to maneuver past obstacles and collect the odd mushroom. The gameplay isn’t challenging and due to this, it is a relaxing experience, however, I’d have preferred the final third to raise the difficulty rather than continuing in a similar vein. Throughout your journey, you will meet a cast of colorful characters that not only develop the plot but also alter the gameplay mechanics. For example. Circle meets Sticky, which allows Circle to cling to surfaces therefore altering the gameplay in those sections. The impressive element is how the character and gameplay marry in order to progress the narrative, which portrays the many layers that developers, Loveable Hat Cult, have implemented into the game.

Visually, the game is simple yet striking. The clever use of the minimal color palette makes for stunning environments that are both varied and memorable. A high point is when reaching the pinnacle of an area, where you are greeted with a gorgeous vista that accentuates the remarkable design of the game. The barren areas reak of solitude to emphasizes the mental state of the lowly protagonist. Each area has been lovingly crafted and with multiple hidden paths to explore. Whilst searching every nook and cranny, you will most likely discover some particularly odd-looking mushrooms. Collecting these will grant you access to extra levels which will extend the relatively short 3 to 4-hour length. 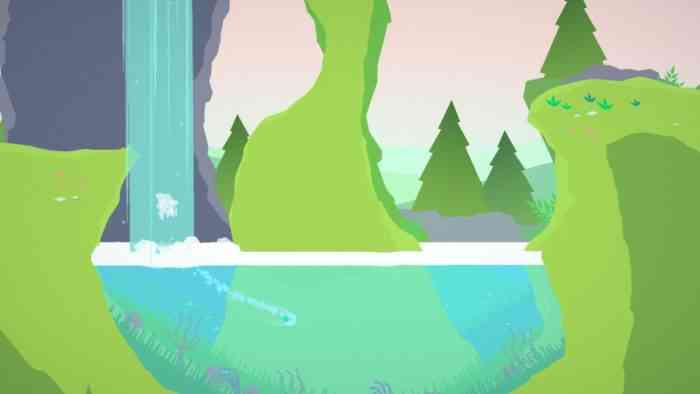 Another highlight of Journey of the Broken Circle is the sound design. At times, you are treated to a subtle score which adds atmosphere and tension to key moments but this is then polarized by the euphoric 80s influenced synth tracks. At first, this can be quite jarring but as you begin to understand the characterization, the design decision makes perfect sense and helps to echo the emotion of the protagonist. Due to the linearity of the game, the sound can be cued in almost a cinematic fashion to add to the overall ambiance. This is done particularly well at certain points to stress key moments.

Mechanically, the game has a few issues. On the odd occasion, the frame rate dipped but this was barely noticeable. My main concern was with how particular mechanics were implemented. For instance, at one point you are smothered in a prickly hug from an insect which engulfs the entirety of the circle and allows you to stick to the environment. Although the character and idea behind it are charming, the implementation is infuriating. You are required to fling yourself from section to section which in theory sounds fun but in reality, frustration ensues. Often I found myself battling with the controls in order to progress through the area. Fortunately, this is only tied to a couple of small sections in the game as other gameplay alterations are executed effectively.

Journey of the Broken Circle is unique. It successfully presents a heartfelt story that progresses to a beautiful and fitting conclusion. Not only is the game designed to entertain, but it’s also designed to inform and guide the gamer to look deeper within themselves in order to find self-fulfillment. Although the game could have ironed out a few issues and ramped up the difficulty, it is still an exhilarating experience that requires your attention. 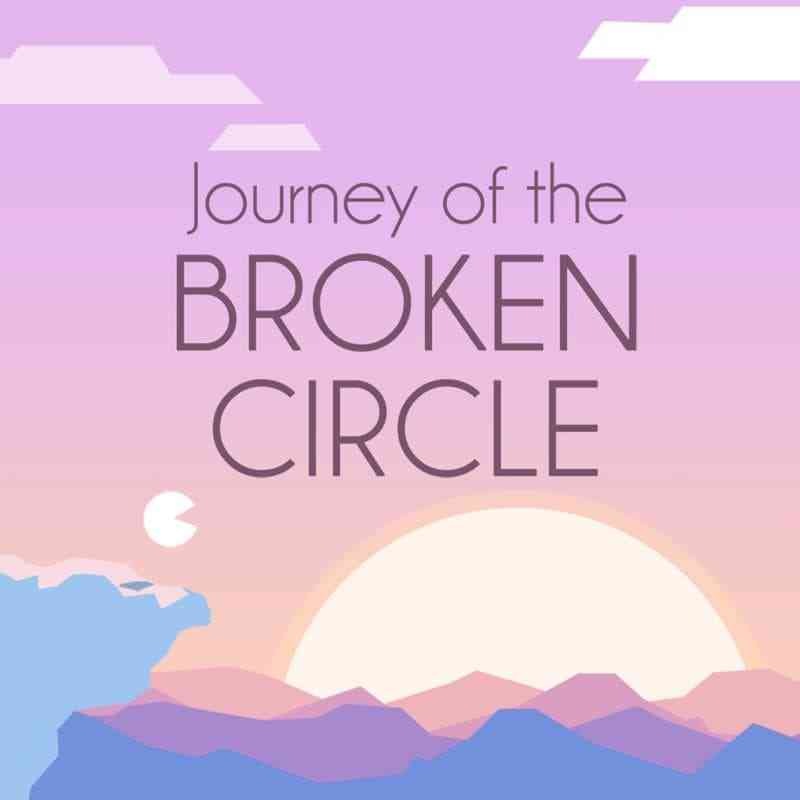