Nothing beats the sound of a giant mecha stomping across the countryside, eh comrade? Iron Harvest is a real-time strategy game that simulates giant mecha warfare. And you’ve seen that before, ja? Mechs fighting beasts, mechs in space. But have you seen alternate history dieselpunk mechs fighting an alt-history World War in a faux Eastern Europe? I’d venture that is far less likely, and that’s the hook of Iron Harvest– retro-future mecha combat.

I suppose it is possible that you have seen this world before, and that’s because Iron Harvest started as a board game called Scythe. It’s a complex but satisfying worker placement game that first came out in 2016 and soon boasted a ton of expansions. It’s not an understatement to say that the success of the game had a lot to do with the artwork of Jakub Rozalski. His design work for the mechs is phenomenal, and his aesthetic perfectly captures the 1920s while giving it a sci-fi twist. 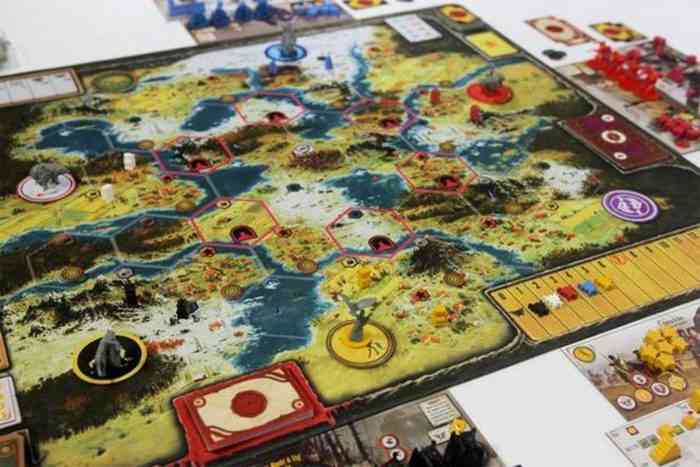 Iron Harvest is not a digital adaptation of Scythe (though you can find that as well). Instead, it is an original RTS game set during the events of the board game. As a tabletop gaming die-hard, that’s pretty cool to me in and of itself. It’s not often that a hit board game inspires a spin-off video game outside of Warhammer.

The game carries on the aesthetic nicely. The graphics didn’t put my GPU to the test, but the style of the game somewhat evokes Rozalski’s style. I think there’s a more perfect version where the game looks like a Rozalski painting come to life, but we get a bit more than halfway there. Special mention must be made of the live-action cutscenes though, which are superlative. They use what I assume is actual news footage of the world wars with mechas inserted in. They look incredible, and now I long for some kind of live action adaptation of this world.

Anna Versus the Apocalypse

Now, I am sure there are Scythe fanatics out there who know the lore backwards and forwards, but I have only played the board game a few times. However, it seems that the story of the campaign in the video game is an origin story of sorts for the protagonist of the hero of the Polonian Republic, Anna Kos. She goes from feisty little girl to a passionate partisan to a military hero over the course of the story. She also has a BFF who is a bear named Wojtek, who is also functionally a medic? That’s the kind of weird I can get into. 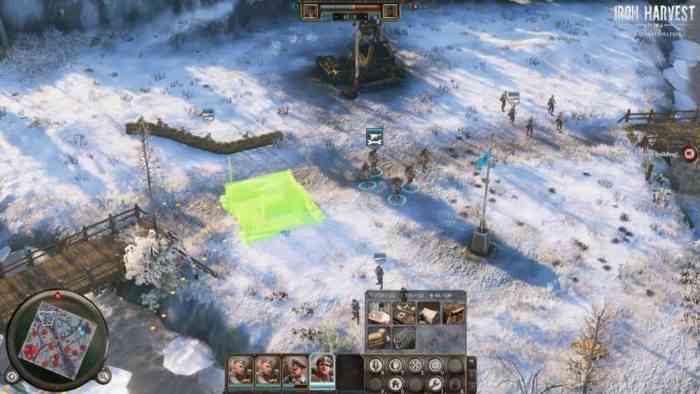 Despite loving the setting and wanting to learn more about the lore, the writing and acting left me mostly cold. While well presented, it fancies itself a successor to the Blizzard style of strategy game storytelling, and it never quite reaches those heights. It’s po-faced and takes itself seriously, never arriving at the pulpy sense of fun that makes Jim Raynor or Anduin Lothar or Gul’dan so intriguing. In those games, the silliness is the hook and then real pathos emerge from it. This is a game that puts the awesome bear in danger in every other cutscene, with diminishing returns.

The campaign does pick up in the later acts when the bad guys and their evil plans are revealed and things turn positively Mignola-esque. The addition of real life historical figures (though I am loathe to say more) brought a smile to my face. While the story eventually steps up its game, the voice acting and script never become more than adequate. It’s frustrating because the campaign gets so close to true greatness.

So that’s that on the story and presentation, but an RTS is made on the strength of its gameplay. Despite having Blizzard-like aspirations for the story Iron Harvest reaches for another, arguably greater, RTS inspiration for gameplay: 2006’s Company of Heroes. That game totally changed the rhythms of the whole genre and has never really been paralleled since.

That means that in Iron Harvest, you typically send squads of infantry from cover to cover. You can also seize buildings for additional protection. A typical fight involves drawing enemy fire with one unit while maneuvering others into a superior position where you have the drop of the bad guys but they don’t have the angle on you. Company of Heroes is one of the most relentlessly stressful games I’ve ever played. The strategic advantages are so obvious but the tide can change quickly and you can be overwhelmed by the sheer numbers of tactical possibilities. 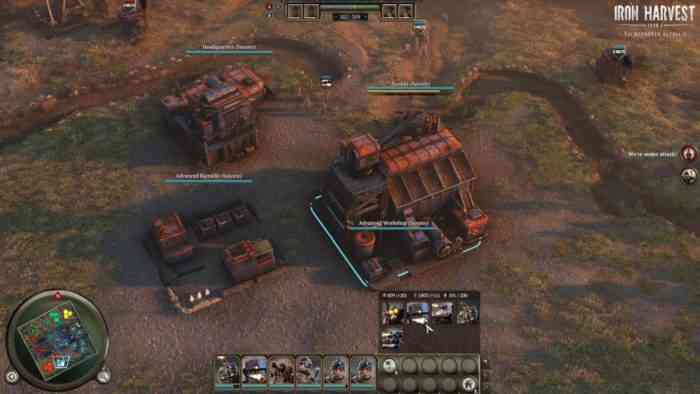 Iron Harvest isn’t quite so relentless, but it is pretty challenging. Units can pick up and man equipment on the fly, with a ton of costs and benefits to consider. Flanking and cover are huge. It’s one of those games where you can feel your consciousness softening as you begin to see the geometry buried underneath the graphics and the interface.

But we’ve got to talk about the headlining act here: how are the mechs? I am pleased to report that this most essential feature feels great. I mentioned in my initial review of Battletech that while I loved the game, the mechs themselves felt airy and weightless. Not so here. These mechs are terrifyingly huge, stomping across the battlefields and kicking up rubble. They are slow for the most part and nearly invincible. Nearly is a keyword though. Most mechs are vulnerable from behind, so if you master the flanking mechanics, taking them out becomes a placement puzzle.

By borrowing solid mechanics from the best of the genre, Iron Harvest has the makings of a pretty good RTS. What pushes it across the finish line is a well-realized setting, a wonderful aesthetic, and a solid grounding in what sort of story it wants to tell. I personally wish it could have had more fun with the world, but that’s just me. If you want crazy cool mechs and partisan soldiers with bear companions to be played totally seriously, you’ll love Iron Harvest. And if you want an RTS that’s a little bit different well, that’ll work out for you too. 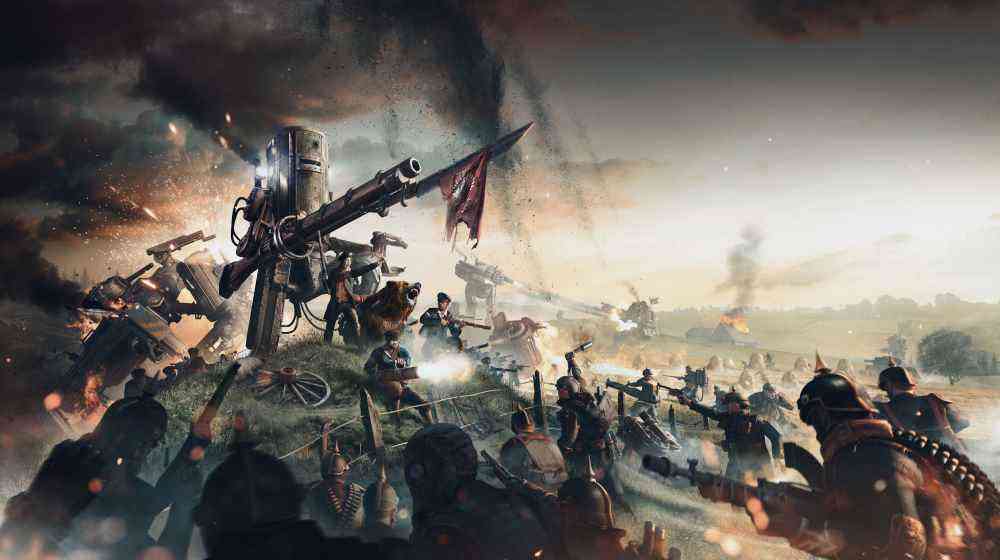