Tamarin was created by Chameleon Games, a developer made up of mostly staff from Rare Studios’ glory days on the N64. I was expecting an exploration-based platformer/collect-a-thon, but instead, Tamarin draws its gameplay inspiration from 3rd person shooter Jet Force Gemini. This would have been great new for fans of that game, or other classic shooters like Golden Eye and Perfect Dark, but the jankiest camera ever prevents the game from ever being fun.

Yes, the atrocious camera, that Rare’s N64 titles were known for, makes an ugly return. Tamarin employs modern camera controls with the right joystick, but the game is constantly pulling it where it thinks the camera should be. This drove me nuts. I play a lot of retro games, but I could not get used to the wild camera swings and zoom-ins. Things got a bit better when I tried to accept the camera, rather then fight it, but I was still plagued by wild swings and zoom-ins.

What Does Aim Even Mean?

This demon camera wouldn’t have been a deal-breaker for me if the game was entirely exploration-based, but then I got to the first shooting section and I started to believe the game was broken.

In shooting sections, the camera constantly pulls the aiming reticle towards the center of the screen, which renders precision aiming nearly impossible. At first, it’s easy enough to kill the large-headed ant enemies, but then I got to an enemy that’s best described as 3 red flies and 3 green flies, and I couldn’t lock on to the flies or keep my reticle on them. L2 is supposed to act as a lock-on button, but the lock-on function only works if the aiming reticle is placed right on top of the enemy, which basically makes it useless. And in the case of these flies, it only locked onto the center of the swarm. So I figured forget the lock-on function, I’ll just aim with the right joystick and fire with R2, but the camera constantly pulls away from where the player is trying to aim, or remains stuck on nothing. This was a complete deal-breaker. 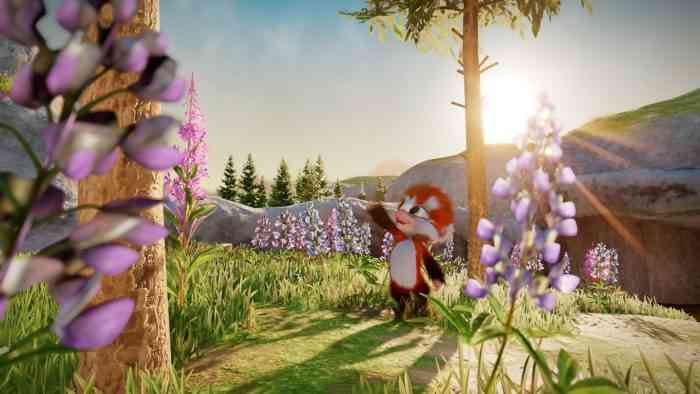 The game captures the Rare aesthetics and feel well enough. It stars an animal mascot that speaks gibberish to other critters, like Banjo-Kazooie, and has an exploration component that requires power-ups and new abilities to access new locations. But the whole package seems kind of generic. There was a point early on in the game where I checked the pause screen and I had 8/10 acorns, 0 raspberries, 1 golden fly, 6 ant heads, 0 dead birds, and 3 living birds. None of that meant anything to me, except that I had figured out that acorns represented health, and that golden flies unlocked doors. How acorns and flies logically represent health and unlocking are beyond me though.

The graphics look good for a budget title. From far away environments look especially good. But the music is definitely where Tamarin shines brightest. The score was done by Rare veteran composer David Wise and employs everything from military action music, to synthwave, to jungle beats. A lot of tracks are very memorable, and I was always happy when something extra powerful kicked in for combat sections.

I really hope Tamarin’s issues are addressed with patches. It’s possible, as the game was constantly pushed back from its original release date. But right now it’s almost unplayable, because of its camera pulling. It’s not possible to recommend Tamarin for anything other than the music at present. 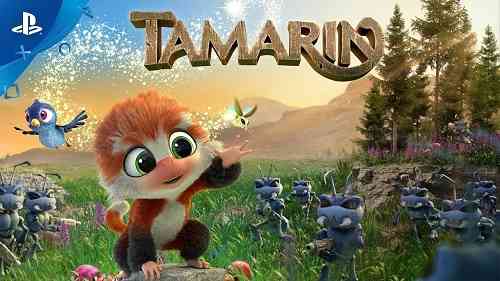 Demon Skin Review – Not a Souls-Like
Next The Suicide of Rachel Foster Review – Dark, Mysterious & Lacking Sensitivity
Previous Witcheye Review – An Ingredient for an Ingredient