Shooting Stars originally caught my attention as I’ve been looking forward to finding a new shoot ’em up arcade game that has all of the elements of the traditional shooters, with an interesting twist. This by definition, with its crazy additions and star studded cast looked perfect. While Shooting Stars wasn’t a perfect game necessarily, it fulfilled my desire to play a traditional, yet different shoot ’em up game and overall was pretty fun.

Shooting Stars, based entirely on a single player experience, missed an opportunity for a story mode, and limits the content of the game to two arcade modes: a regular mode and a daily mode. Of course everyone likes to beat their own score, but when that is the only part of the game, it becomes repetitive quickly. I honestly believe that while this game didn’t need a multiplayer experience, it would have benefited greatly from a story mode. The arcade modes consist of battling minions, little men in suits, and small blonde women in pink, and the bosses, celebrities like Justin Belieber, Ronald Grump and a gamer favourite: Pew Der Pie. Along the journey you pick up different items including collectibles and boxes with a variety of ultimate weapons and abilities that aid in the battle against the bots. The arcade mode is creative, fun and unique.

“I honestly believe that while this game didn’t need a multiplayer experience, it would have benefited greatly from a story mode.”

The controls are simple and easy to master, with two different options for game play: the mouse and two keys of the keyboard. Both options were easy to use which made the game more enjoyable during the tense boss battles. Let’s be honest, the last thing anyone wants when in the middle of a boss battle is for a sudden movement to occur and then, what was surely to be a moment of superiority, ended up being a moment of complete disaster! While on the topic of bosses, and any of the other computer AI, I found that there was a major difference in difficulty between the bosses and the minions. One moment I’m plowing my way through minions when all of a sudden the roles are reversed and I am being pummelled by the bosses. While I’m up for a challenge, it would have been better if the minions became smarter gradually and steadily as time went on.

Shooting Stars is vibrant and energizing to play, with the pixel art graphics making up for the lack of content in game modes. There are many different items and abilities, as well as characters that mock celebrities making Shooting Stars boundlessly more fun to play through. All of the bullets and weapon abilities are colourful and bright, though at times the ultimate specials are almost too flashy and distracting, making it difficult to evade enemy fire while active. 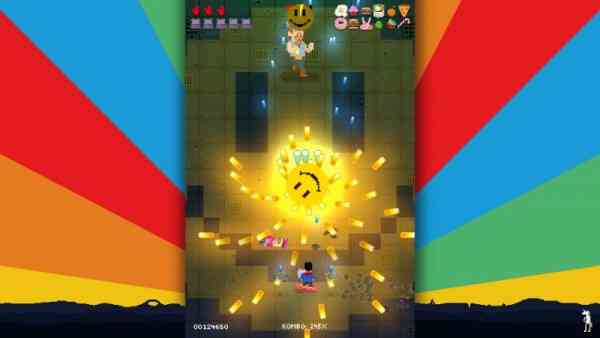 The soundtrack consists of an upbeat song that plays on a continuous loop, which you might think would become really annoying, and sometimes it does, but it just fades into the background, as a non-essential part of the game. It would be great if there was more of a variety in the background music, but either way, the music is not a game changer. The sound that makes the difference while playing through the levels is the sound of the bullets coming out of your weapons, destroying all the enemies in your path.

This may not be the best game you’ve ever played, but Shooting Stars is one that passes the time with colourful and humorous animations, and is a fairly enjoyable experience overall. While there is a definite lack of content in terms of the different game modes, and there are flaws within the game play, it is an interesting take on the classic shoot ’em up arcade games. 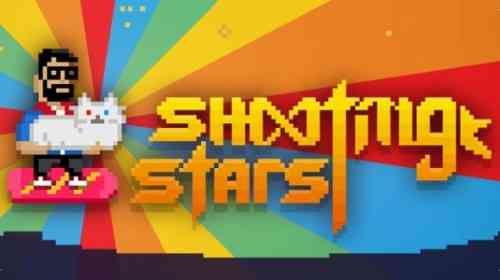 
Daedalic Games Are Up to 90% Off on Steam Right Now