Not a Hero is a 2D cover based shooter whose story revolves around a purple rabbit named Bunnylord, who is running for office in an effort to save the world from destruction. In an effort to woo the electorate, Bunnylord hires a group of assassins to clean up the crime problem in the city. As crime dwindles, Bunnylord’s popularity goes up and he becomes the new Donald Trump. The game’s story is mostly told through scrolling text and doesn’t amount to much, but there are a few good laughs along the way.

Not a Hero‘s story features 21 levels and 9 different types of characters to choose from. At the beginning of the story you can only choose from one character, but more are unlocked as you play through the game. Each character has their own unique weapons and abilities. Chances are you’ll find one character you’ll like and stick with them for the duration of the game as I did. Each of the game’s 21 levels feature main objectives along with several secondary objectives. The secondary objectives are optional, but offer some additional replay value to those looking to squeeze out a bit more time from the game.

“Around the 11 or 12th level is where it feels like you’ve hit a wall with the game. Expect to die a lot in Not a Hero.”

The gameplay mechanics are fairly straightforward and feel mostly solid. The game allows you to run, slide, shoot, take cover and reload. Using the sliding mechanic to trip enemies is a great move as you can finish them off with a brutal headshot or knife to the face as they lie on their back. Each of the game’s levels are also scattered with power ups that allow you to fire different rounds and explosives at enemies. Several varieties include bouncing bullets, fire rounds, mines and my favourite, cat bombs.

The cover system works reasonably well and is a great way to replenish your characters health after taking damage. You merely press the slide button to attach to the closest piece of cover. The cover mechanic isn’t without its problems though. There were more than enough occasions where the cover mechanic didn’t work at all as my character would roll past cover and go straight into oncoming enemy fire. In addition to that, the game doesn’t feature automatic reloading of your weapons, which can be frustrating during some of the game’s more difficult moments. 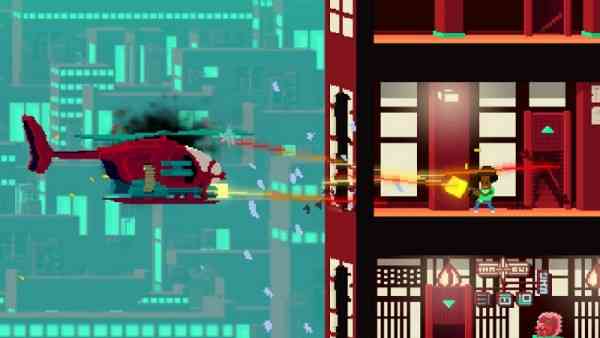 Perhaps my biggest gripe with Not a Hero is that the difficulty ramps up significantly as you progress through the story. Around the 11 or 12th level is where it feels like you’ve hit a wall with the game. Expect to die a lot in Not a Hero. This is a game that involves a lot of trail and error and it’s a shame that no checkpoint system exists either. Towards the middle and end of the game, the levels do become significantly longer and it can became irritating to have to start each level from the beginning when your character dies.

The visuals in Not a Hero are pretty solid. They fit well with the theme of the story and the explosions, blood and gore feel fairly satisfying. The one gripe I do have with the visuals is that the environments don’t offer a ton of variety. A lot of the rooms you fight in look like they have been copy and pasted from one level to the next. The game’s soundtrack is top notch. Each level has it’s own theme and fits the game tone perfectly. It’s rare that I find a game’s soundtrack so enjoyable I look it up on YouTube. 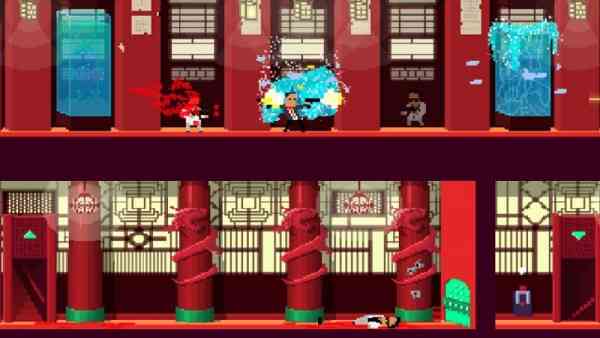 Not a Hero is a game that will immediately grab your attention within the first few moments of playing it. By the time you make your way to the middle of the game’s story, some of the charm will probably wear off as you start to see some of the game’s more glaring issues including a ramped up difficulty, no checkpoint system, no auto-reload or missing a piece of cover to be killed by enemies once again. Oh well, 100th time’s a charm. 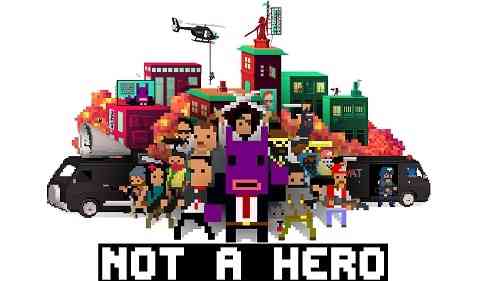