When I first saw Dinocide, I had flashbacks of playing Wonder Boy as a kid. The nostalgia factor kicked in hard, and I just had to play it and see if it could live up to what is still my favorite retro platformer. It wasn’t the best, it wasn’t the most popular, but there was just something fun about chucking a stone hammer at an enemy one minute and then riding a skateboard through a cave the next. While there are some similarities between Dinocide and Wonder Boy, I’m disappointed to say the amount of fun to be had wasn’t one of them.

It’s simple: your girlfriend has been taken captive by a giant dinosaur, and you have to get her back. Each level has a series of platforming challenges as well as enemies which can be killed by throwing stones, and later other weapons that you find like a boomerang and hatchet or stone hammer. You can enlist the help of baby dinosaurs as well, hatching them and then riding on their backs through your typical platformer hazards like fire pits and underwater levels. Whatever you find in each level, you can bring with you into the next, but be careful! If you die with an item you brought with you, consider it lost to the ages. Oh and don’t forget, since every level is on a timer, dying is as easy as forgetting to pause the game at any moment.

“While there are some similarities between Dinocide and Wonder Boy, I’m disappointed to say the amount of fun to be had wasn’t one of them.”

There are a few things holding this retro 8-bit platformer back, and number one on my list of problems is easily the jump. Now, it can be difficult to program a jump from scratch that feels good; one that has a proper arc and doesn’t feel too floaty. Dinocide’s jump isn’t terrible, but when the main part of your game is jumping, it should feel great. Games like Super Meat Boy and Super Mario Bros are two examples of what a great jump feels like, and I really wish the dev team had gone more towards this style. Blame it on preference if you’d like, but I really prefer movement that has just a hint of momentum to it.

Another issue that really hampers the experience is the whole hunger mechanic. It’s just… not fun. When missing a jump kills you only because you no longer have enough time to reach the next piece of food, it’s frustrating. Your health and hunger are also basically the same, so when you take a hit you become hungrier. Yes, there was a small hunger mechanic in Wonder Boy, but it wasn’t as punishing. Make just a few simple mistakes and you’re kicked back to the map, losing whichever gear you may have brought into your last attempt. 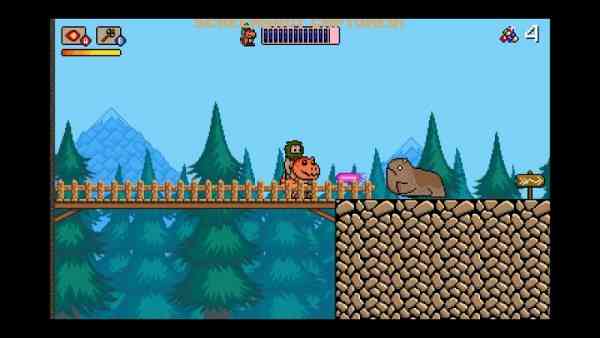 The item system and world map are yet another point of contention. You forge your path with a few branches as you make your way through the ancient landscapes in search of your girlfriend, but you can’t go back. I would have loved to see a full, zoomed out map so you can track your progress, or the ability to return to previous levels to farm items. As it stands, if you screw up and get stuck losing everything on a couple particularly tough levels, good luck. You are now stuck making future attempts with just the initial throwing stones attack.

“Make just a few simple mistakes and you’re kicked back to the map, losing whichever gear you may have brought into your last attempt.”

Even if all of the above was simply a matter of preference, a huge problem is the lack of content as well as originality. Levels quickly become a blend and you can’t differentiate one from the next, all the while being reminded that the games this is supposed to be inspired by already did all of this better. It’s tough because I really did hope for something fun from Dinocide, but you’re left feeling bored and unmotivated to finish. If you do manage to finish it, there is basically zero replay value and the time trial mode doesn’t take long to complete either.

If you do need a serious dose of nostalgia, you’re much better off picking up one of the classics instead of spending roughly $10 on Dinocide. Should the trailer pique your interest, the studio has at least been gracious enough to provide a free demo on their website so you can always try before you buy. Please, for those who are interested, I implore you to take them up on that offer and make sure this game is right for you before you make a purchase. 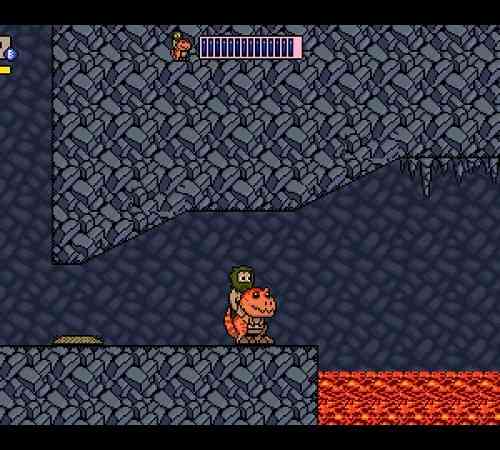 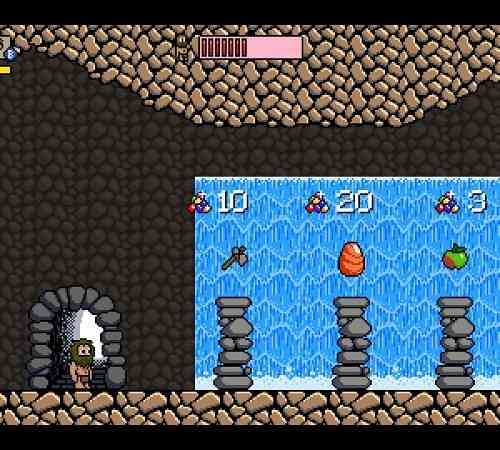 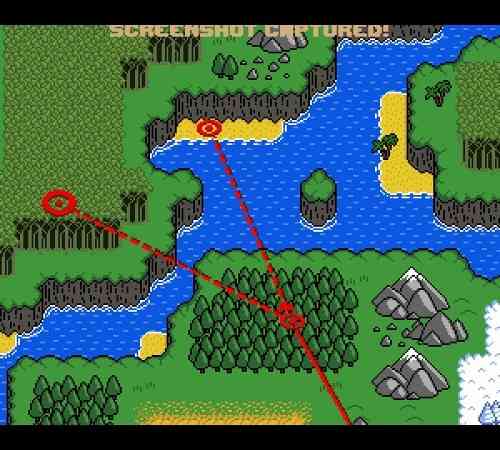 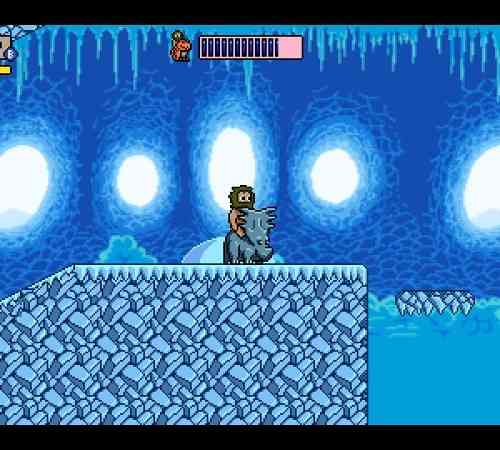