Everyone loves completing a good puzzle and Vivid Helix has delivered a great game to keep the cogs in the brain rotating while granting players those Aha! moments at the end of each level. Having been inspired by Brothers – A Tale of Two Sons, but wanting to fix the problems he experienced in-game, designer Radu Muresan started his work on Semispheres at 2014’s Ludum Dare game jam and has worked with a small team to now bring us a simple yet complex puzzle game.

Upon first glance, Semispheres appears to be a meditative puzzle game that puts players in control of two avatars in parallel worlds. They must help distract each other by distracting the guard towards a different path to allow your partner to reach the end of each level. As you progress through the game, each level will have its own unique way as to how completion can be achieved and will give players different abilities that will need to be utilized in completing your goal.

“The controls are extremely easy to pick up if not a bit confusing at first.”

When beginning each level, it will have a very clear and simple focus – bring your two avatars through a maze to reach the end goal. Your blue and orange avatars are controlled by the left and right joysticks and can only interact with each other in certain ways to allow the other player to slip by undetected.

The controls are extremely easy to pick up if not a bit confusing at first. Aside from using the joysticks to control your avatars, your left and right bumpers are the only other buttons you’ll use and will activate whatever power you have in the stage. Whether it be a ping to grab the guard’s attention, or switching maps, once you have used these powers, you’ll have to head back to the square that gave the powers to ‘equip’ it as they are only a one time use ability. 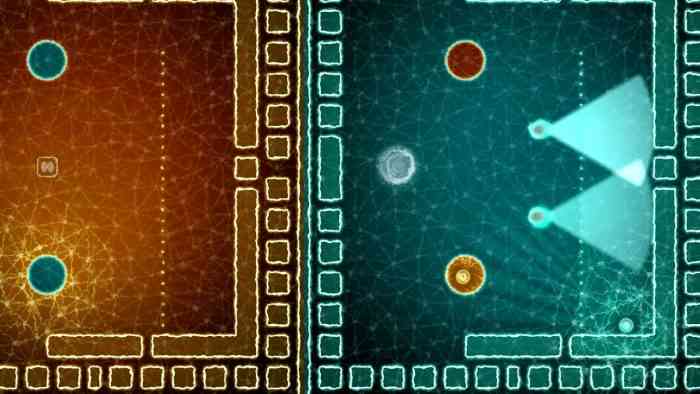 While playing Semispheres, I felt like I was challenged and the difficulty increase through progression of the levels was a very well done, steady climb. Initially picking it up, I found that I had a bit of troubles moving around the two separate players and would more often than not have to figure out a strategy to cleverly move in a way that made sense to my brain. Thank goodness there’s no timer as it really gave me a chance to figure out how I would move next, though I can understand players who want a bit more of a challenge. But for players who want to wind down after a tough day or just want to relax after work, Semispheres is a great way to help with just that.

Of the many things I really enjoyed about it, it had to be the sweet hidden narrative in the form of a short comic strip that could be found as a prize after completing each stage. It tells a short story about a boy and his robot and their life together. If the gameplay isn’t what presses its players on to complete Semispheres, it’ll be the reward of piecing the short story that does.

“Eventually I would love to see a timed mode added to this to make it even more challenging.”

As of right now, there are no other game modes asides from the main gameplay and while Semispheres’ goal is to serve as a soothing puzzle-solving experience, I can see the potential this game has for the speedrunning community. Eventually I would love to see a timed mode added to this to make it even more challenging. Semispheres is a highly enjoyable game if not very long. Players can easily play through this within two and a half hours and I really do wish there was more. While incredibly short, Semispheres is a great game to pick up after a long day and just zone out to the soothing soundtrack by Sid Barnhoorn (Antichamber, The Stanley Parable). 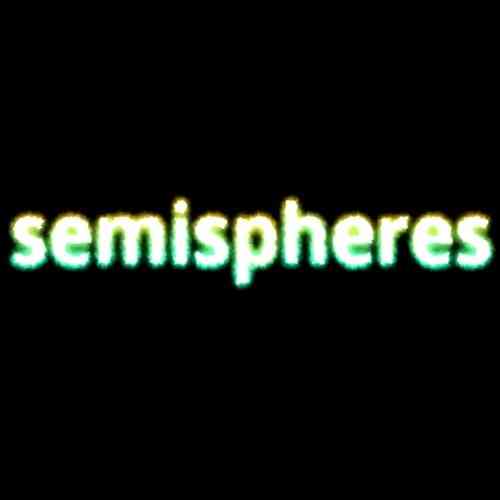 Uncover The Truth In Conway: Disappearance At Dahlia View
Next Shadows of Adam Review – A Beautiful Yet Brutal Classic
Previous Berserk and the Band of the Hawk Review – A Bloody Good Time