Berserk and the Band of the Hawk Review

There have been a lot of non-Dynasty Warriors Musou games released by Koei Tecmo in the last couple of years. For those of us that don’t care so much about Chinese history, but do care about franchises like The Legend of Zelda, Dragon Quest, and Attack on Titan, Koei Tecmo has been taking care of us. Their latest Musou offering is Berserk and the Band of the Hawk, based on the Berserk manga and anime series’. If you are curious about Musou games, Berserk and the Band of the Hawk is a great start. If you are a Berserk fan, then play this game!

Berserk is about a mercenary named Guts. He was raised as a child using a full-sized sword, so as he grew older, so did his swords. One day he is seen fighting by Griffith, leader of the mercenary group, The Band of the Hawk. Guts agrees to work for Griffith after losing to him in combat. As years go by The Band of The Hawk fight in many battles, win several decisive victories, and make a huge name for themselves in the kingdom of Midland. All the while Guts’ skills improve, and Griffith works towards “his destiny” of having his own Kingdom. Guts realizes that for him and Griffith to be true friends, he must stand on even ground with Griffith, so after years of fighting together, and Guts decides to leave, and things get CRAZY! There’s a lot more to the story than that, but it would enter spoiler territory to say anything more than Berserk one of my favorite stories ever.

“Berserk is the perfect story for a Musou game, because it’s about a guy with a gigantic sword fighting army in a medieval world.”

After watching the original anime when I was maybe 17 years old, the cliffhanger ending was so insane that I had to read the manga to know what would happen next in the story. It was the first manga I ever bought, and to this day I’ve only bought three (all after loving the anime they were based on). The Berserk anime’s ending is a serious contender for biggest cliffhanger ending ever, and Berserk fans will be pleased to know that Berserk and the Band of the Hawk goes further into the Berserk story than either of the anime series’. A good third of the game is material that has only been in the manga until now.

Berserk is the perfect story for a Musou game, because it’s about a guy with a gigantic sword fighting army in a medieval world. If you’ve never played Dynasty Warriors, or any of the above mentioned games, Berserk And The Band Of The Hawk’s gameplay is best described as tactical hack n slash. Most of the almost 50 levels are battlefields, where the player is mowing through hordes of enemies. Usually there are allies who need to be protected, and sub-goals, like destroying catapults. It’s a fun, frantic, and impressive style of gameplay. The number of enemies on screen never ceases to amaze. There’s a bit of tearing, but after 30 or so hours with the game, I never encountered any slowdown. 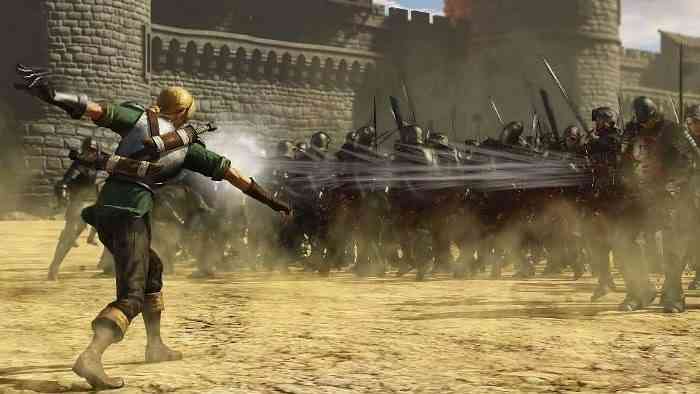 For those wondering what sets Berserk apart from other Musou titles, it definitely starts less complicated. A lot of missions are fairly straightforward throughout the game. It also has a greater emphasis on boss battles, which are always spectacular to look at, but usually infuriating to fight. The game has a horrible camera which never seems to be where you want it, but sometimes wildly swings 180 degrees. This is manageable when fighting hordes of normal enemies, but destructive when fighting the always challenging bosses. The camera thing is an issue in all Musou games, and as much as I wish it was improved, it was always exciting to see the next demented giant ready to kill Guts.

On top of the 30 hour Story Mode (which has probably 5 hours of cutscenes including about 2 hours of anime video), there’s also a Free Mode, where any level can be replayed with any character, and Endless Eclipse Mode, which is a fun post-game, where characters can be levelled up further, and more characters, costumes, horses, etc. can be unlocked, whilst descending into Hell. There is a lot of game to play for your dollar. Each of the almost 50 Story Mode levels range anywhere between 5 minutes to an hour in length, with most in the 15-40 minute range.

“There is a lot of game to play for your dollar.”

The graphics completely capture the look of the newer Berserk anime movies. The game uses cutscenes from the Golden Age Arc movies, and then makes its own after those events are over. The 2016 anime series, which follows the movies isn’t used, although the game covers those events, and events afterwards.

All the voice acting is in Japanese with English subtitles. Berserk is one of the few anime series I prefer dubbed, so it was a bit of a shame to not hear the voices of Guts, Griffith, and Casca that I know and love. The music is good, and can be explored along with all the cutscenes and character models, etc. in the Gallery. Although none of the tracks were iPod worthy, some of the names were; there’s a music track called “Whore Princess Of The Uterine Sea”. 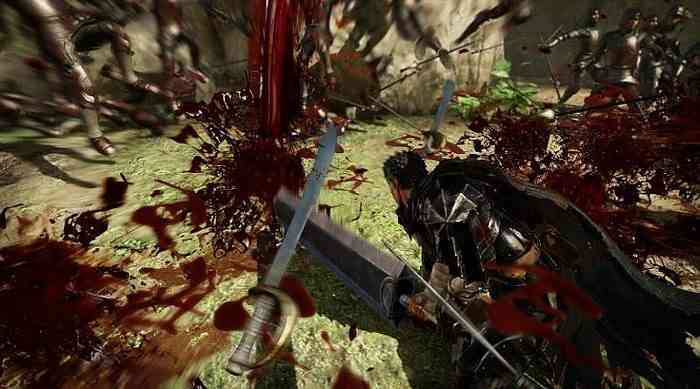 Berserk and the Band of the Hawk is rated M for a reason; it’s very gory. The whole game is like one giant blood bath. For example, there is a boss entirely made of troll intestines. For hardcore fans of the anime, I did notice there is some censorship. All the nudity is shadowed or removed in the anime videos, and a very small amount of gore was removed. I only noticed the latter during The Eclipse.

“Berserk and the Band of the Hawk is rated M for a reason; it’s very gory.”

Even though Berserk and the Band of the Hawk isn’t the best way to experience the Berserk story, its story is so in-depth that it would still be a great way to experience it for the first time. Even though it is largely based on the newer anime movies, it has the pacing of the original anime series, because the player gets to go through all of The Band of the Hawk’s campaigns as they rise through the ranks. I was very excited to be able to fight all the color animal Chuder armies (The Black Rams, Blue Whales, Purple Rhinos, etc.), and have Gut’s time as the Black Swordsman fleshed out, before major story events occurred. Despite its bugs, this game is a must play for Berserk fans, Musou fans, and anyone curious about either. 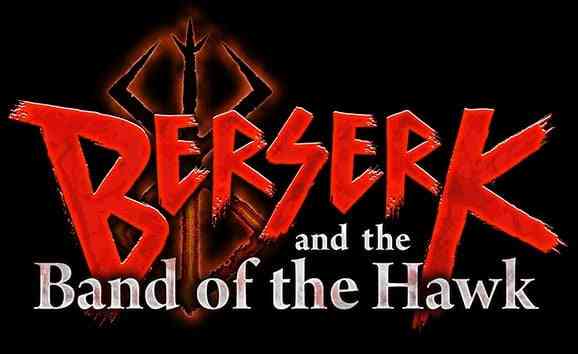 Berserk and the Band of the Hawk Arrives on PS4, PS Vita and PC With Gory Launch Trailer