Do you ever idly put on a TV show you’ve never heard of, only to discover it’s your new favorite? And this of course, sends you into a spiral of existential dread- there’s so much stuff out there, more than you could ever experience, and some of it is inevitably going to be lost to the passing of time. That’s what playing ScourgeBringer made me feel. I’ve never heard of this platformer but playing it, I was blown away with how fluid and stylish it was.

OK confession time: when I was a kid, I played a lot of classic video games on emulators. It probably wasn’t on the level. I didn’t know, I was a little kid. But I got to try my hand at a genre that’s largely been left behind- platformers. Games like Ninja Gaiden. X-Men: Mutant Apocalypse. Comix Zone. Sunset Riders. All of these games lived and died on their responsive controls. And that is perhaps the forgotten art. Not the way these games look, the way they feel. 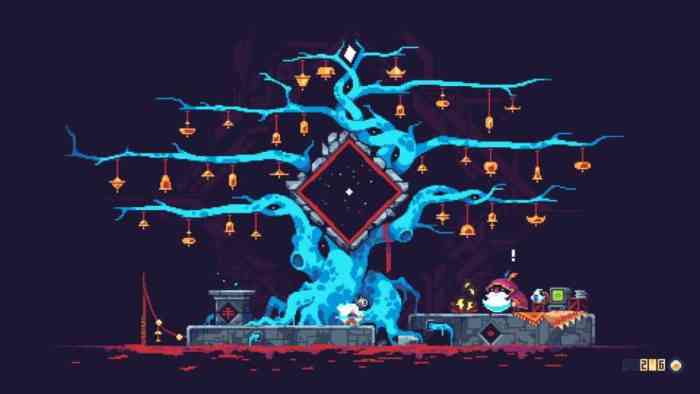 For my money, one of the best feeling games of the last ten years is Dead Cells, so it’s worth looking to it to try and explain what makes it feel so good. And that’s hard to do! It’s a combination of animation, timing, speed, and effects. When your little dude does a dodge roll in Dead Cells, there’s a split second between pushing the button and performing the action. It makes you feel the effort. When you get hit, you lose control of your character for a moment and the screen shakes. That loss of control is negligible in terms of gameplay, but inspires the perfect amount of fear.

This is the realm where ScourgeBringer shines. It feels amazing. Jumping has just the right weight. And double jumping? That’s the stuff. Your character has a dash attack that feels amazing, especially when it does (or doesn’t!) bounce off of enemies. You’ve got this heavy attack that causes me to uncontrollably do the chef’s kiss. And then you start to chain these moves, bouncing off of walls and slamming enemies into each other. It can’t be overstated how good it all feels to play, and how important this sort of thing is. There’s an agreed upon vocabulary for measuring things like graphics performance or even writing quality. It’s far more difficult to find words to describe the abstract feeling of a video game’s controls, and that’s a shame. 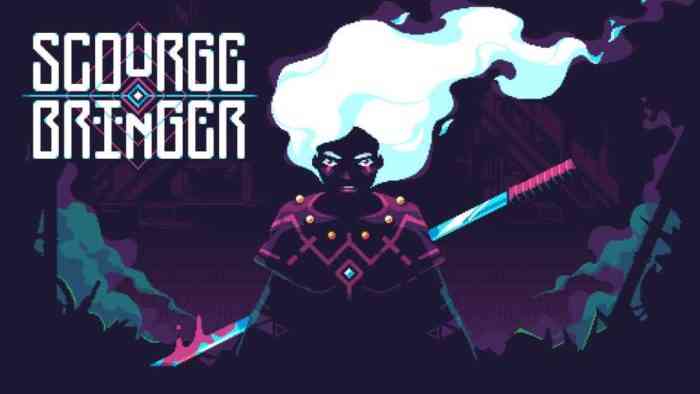 The why- as in, why are you doing all of this- is like, cool too. I guess. I mean, the presentation is very good. A weird haunted alien space station thing has parked itself in the sky, and awesome foolish adventurers enter- but none ever leave. Fair enough. I love the protagonist. Her name is Kyhra and she looks like a badass cyberpunk samurai Drow. She’s exactly the kind of character who is just cool enough for you to want her to be a playable character in some sort of crossover fighting game. She doesn’t have enough depth that you want to read a book about her, but you do want to see her crossing swords with someone like Dante from Devil May Cry or Rayman or someone. She’s immediately iconic is my point, and again, design like that isn’t easy to do.

That’s a lot of effusive praise. Is there any part of ScourgeBringer that merits some harsher criticism? There is actually. That’s because ScourgeBringer is a roguelike (or roguelite, whatever) that came out a month after Hades set the gaming world on fire. A lot of roguelike games are fine. Hades set a new gold standard. And ScourgeBringer doesn’t quite manage to rise to that level. Your progress is too slow and simple. There’s a skill tree, and you spend Judge Blood on it; you make Kyhra more powerful. It works. Still though, I never felt that excited to unlock a new capability, and it took far too long before I felt like I was making any progress. Maybe I would have felt better if I was making progress across multiple fronts, but character development feels mostly linear.

Still though, I never complained about character development when I was playing Sunset Riders on that emulator. I played it a zillion times, trying to beat the next boss or get a high score. That game could entertain me for hours, simply because it was nice to look at and felt great. And that feeling, where the controls help make the drama… you can’t fake that. That’s why you’re going to play ScourgeBringer and you’re going to enjoy it. 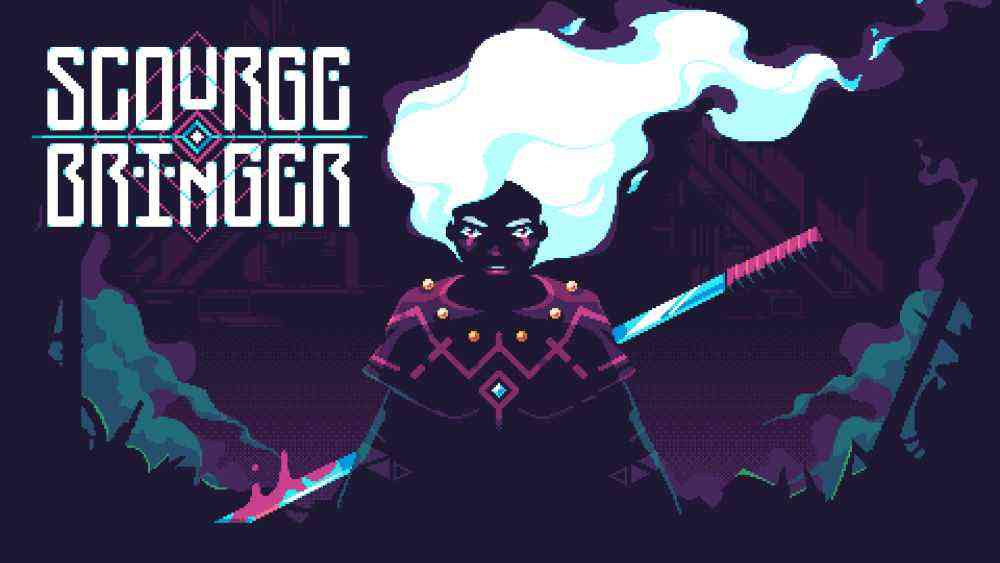