From 2007 to 2010, music games were all the rage with multiple titles being released each year from both Activision and Harmonix. 2009 alone saw the release of almost 10 Guitar Hero and Rock Band games, so it was no wonder that the genre crashed and burned the following year. Rock Band 3 was the last major release from the franchise and a lot has changed over the past 5 year years. Harmonix is now an indie studio, rock music is even less popular than it was back in 2010, and music streaming has become more popular than downloading. When Rock Band 4 was announced earlier this year, many wondered whether people still had an appetite for plastic instruments. Does Rock Band 4 feel relevant in 2015 or has it aged like Axl Rose?

Long time fans of the series will be happy to know that most of your old DLC and instruments will work in Rock Band 4. As someone who has bought over 1500 songs, it’s a sigh of relief for me. Also, if you invested in premium instruments, including the ion or midi drum kit, you’ll be happy to know that Rock Band 4 supports both peripherals for the PS4.

When you boot up the game you’ll notice several game modes including Show mode, quickplay and career. Show mode allows you to play two song sets whereby you vote on what to play next. It’s a great party-like mode for when you have people over as it offers a more streamlined experience than past games. Quickplay lets you play one song sets but sadly it is missing the ability to create or save setlists.

The career mode in Rock Band 3 was sub-par to say the least. Rock Band 4 makes up for it by introducing a branching career mode that lets you choose what type of band you want to be. You can choose to become a big stadium rock band or go the more underground route. Your decisions impact the rewards you get, the gigs you play, and how much creative control you get over the song list. I personally love what’s been done with the campaign as you can go back multiple times and have different outcomes and experiences.

“At the end of the day Rock Band 4 feels more like an evolution than a drastic departure.”

While Rock Band 4 brings back your old DLC and instruments, it is sorely missing some basic features from past games including keys, pro guitar, online play, practice mode, setlist creator and the ability to rate songs. In some respects, Rock Band 4 feels like a step backwards for the series. While I wasn’t a fan of the keys or pro guitar in Rock Band 3, losing online play was a bitter pill to swallow since my personal friends don’t like Rock Band. It’s ironic that the game’s tagline is “start a band, rock the world”. It should be changed to “start a band, rock the world….just not online” or “start a band, stay in your city”. In addition to that, some fans will be disappointed by the lack of options available in the character creator. You can’t really customize you’re characters body shape and the wealth of options that were found in Rock Band 3 seem to be missing here.

One of the biggest new features of Rock band 4 is self-expression. Each instrument, with the exception of the bass, has a new gameplay enhancement. Arguably, the biggest feature of Rock Band 4 is the freestyle guitar solos. Freestyle Guitar solos allow you to improvise over the solo sections of a song. During a guitar solo, the game guides you as to what to play by the way of colours and patterns that correspond to single sustain notes, finger tapping, feedback, and licks. You can choose to follow the game prompts or just play whatever you want. What’s great about this new feature is that it really allows you to break loose from the beat matching and get creative. When you follow the game prompts the solos you produce sound pretty good. Personally, I don’t think I’ll be able to go back to playing the beat matching style solos after experiencing the freestyle solos.

Free form drum fills have been a staple of every game in the franchise, with the exception of Beatles Rock Band. Rock Band 4 introduces a new dynamic drum fill system where the game will throw a random pre-created fill at you during the overdrive sections. These fills fit the timing of the song, sound great and are a blast to play.

Vocalists are now rewarded for improvising during songs. As long as you stay in the same key, you can choose to sing higher or lower or and even create your own harmonies. This enhancement gives the singing a more live and authentic feel. Another big addition to the vocals is that all pre-Rock Band 3 DLC have now been updated with harmonies. 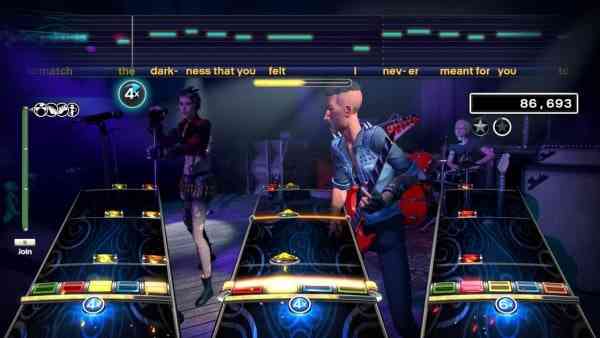 Rock band 4’s on disc soundtrack features 65 songs. Queens of the Stone Age, The Who and Foo Fighters round out some of the more familiar acts while new artists including Elvis, Mumford and Sons and Van Morrison make their first appearance in the series. The setlist features some good variety, but it isn’t the strongest offering in the franchise from a quality and quantity perspective. For comparison, Rock Band 2 and 3 both featured over 80 songs on disc and more memorable songs.

At the end of the day Rock Band 4 feels more like an evolution than a drastic departure. If you’ve always wanted to put your mark on a song, then the new self-expression enhancements are reason enough to give Rock Band 4 a shot. Couple that with a branching career mode, support for your old instruments and DLC and Rock Band 4 stands out as the best game in the series, even if it’s missing some core features. 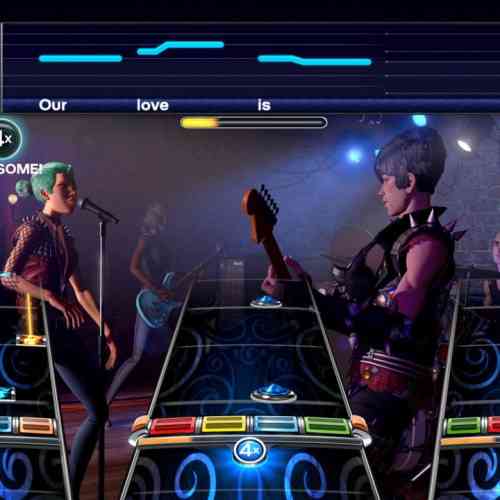 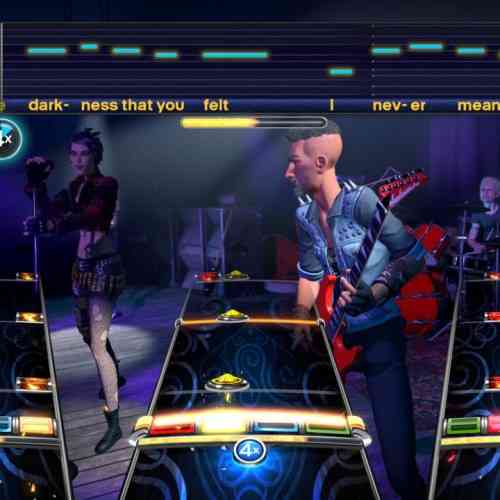 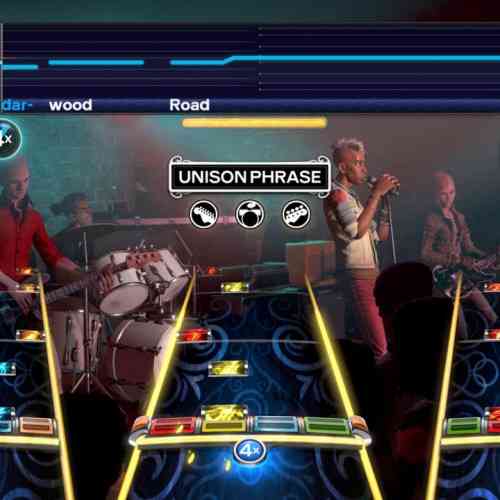 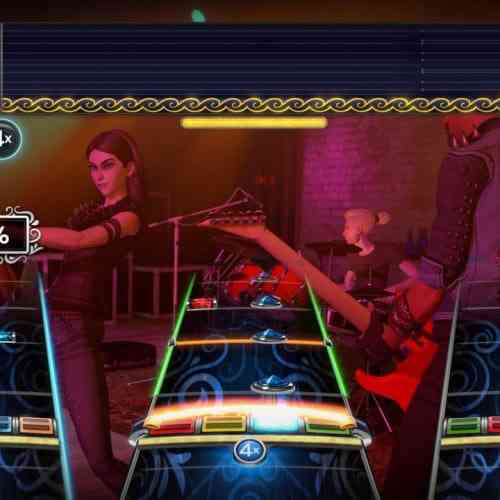 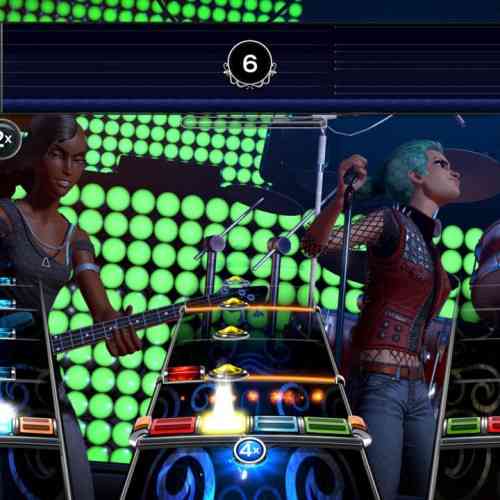 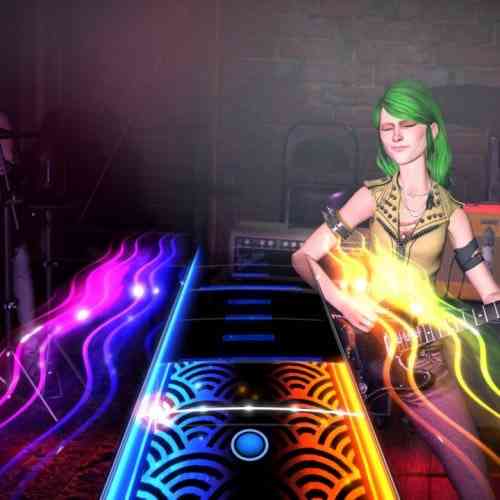 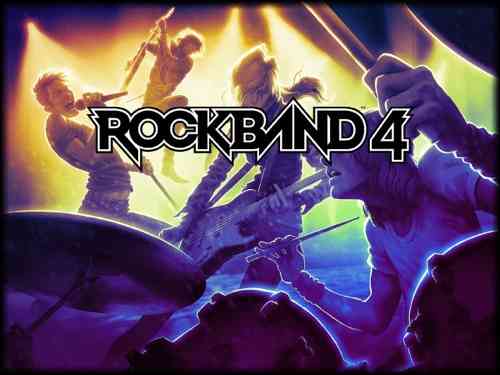