The money doesn’t lie folks, people love prisons. Introversion Software’s newest game Prison Architect proves it and serves as a blueprint for a successful kickstarter-type strategy. Their campaign launched all the way back in September of 2012 when, through their own site, they crowdfunded the remainder of the development on the already worked-on-for-two-years internal project. This afforded them total control over everything: the funds, the game, the buyer rewards, and a couple new Lamborghinis probably. They made a lot of cash; something like $270,000 in two weeks. And since then the project has grossed over 19 million. People love prisons.

It’s important to point out that large sums of money does not make a good game, so let’s get this out of the way, Prison Architect is a fantastic game. It follows the lineage of base building games like Dungeon Keeper or Dwarf Fortress; games in which you play as God but don’t actually build anything directly. You’re more like a godlike planner or… architect. You place down your plans and your builder units must physically carry out your ideas. Complete with all the mistakes you’ll inevitably make. It’s a neat twist on the traditional drag and drop style of base building game. It’s almost as if you’re controlling a semi-intelligent colony of ants.

Some of these ants are jerks and need to be locked up though. They’ve been convicted of murder, break and enters, theft, and all manner of other violent crimes, so you’ll need to build cells and other special facilities in order keep your staff and the other prisoners safe. You’re presented with a very dysfunctional ant farm that needs to be controlled and managed to a point where everyone is happy. This can actually feel fairly impossible at times since there are so many things going on under the surface. It’s a lot to take in at first.

“With the help of professional comic book writer Chris Hastings the team at Inversion have somehow created a fairly interesting story that weaves itself like a Tarantino film.”

Thankfully the game teaches you how to build a somewhat happy life for your prisoners through a series of unusually powerful story driven tutorials. You’ll end a jilted lover’s life via electric chair, witness the inner workings of a prison mob family, and help a man suffering in deplorable solitary confinement conditions. With the help of professional comic book writer Chris Hastings the team at Inversion have somehow created a fairly interesting story that weaves itself like a Tarantino film. It’s not the greatest story ever told by any means, but considering the type of game Prison Architect is, it’s worth applauding what the team did with their story. They could have just crapped out a straightforward tutorial and been done with it but they put in the extra effort in a smart way. It effectively teaches while entertaining.

It’s not all gravy though, Prison Architect has some problems. One of them is the aforementioned complexity. There is a lot going on in this game and it demands an almost scholarly-like dedication to reading wikis and experimentation. It can all feel overwhelming at first. The tutorial does a fine job of teaching the basics and intermediate stuff, but it leaves the more complicated aspects untouched. That stuff is going to require some extracurricular study. Thankfully there are some solid wikis out there that explain the more esoteric concepts. 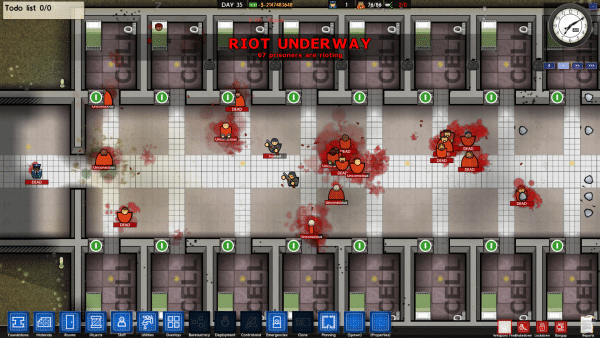 Also the art style is a little bit simple for my taste. I think this one is excusable on the grounds of necessity. There will come a time, after many hours of experimenting and building, that you’ve created a prison more complex than even the most extravagant swiss watches. The system resources needed to keep all these individual unit AI’s running is quite high (my system was chugging with some medium sized prisons) and if the team made the art style any fancier I could see it taxing systems harder than they’re comfortable with. That being said, the art style works for what it is. This is a small gripe.

It looks like the team at Inversion is invested in Prison Architect. They’ve been updating it regularly since their first release years ago and they’ve promised to continue doing so. I recommend the game wholeheartedly to that certain brand of gamer that gets satisfaction out of building intricate little machines and watching them go. It’s a unique sandbox game that has all the necessary ingredients to hook you, if you let it. 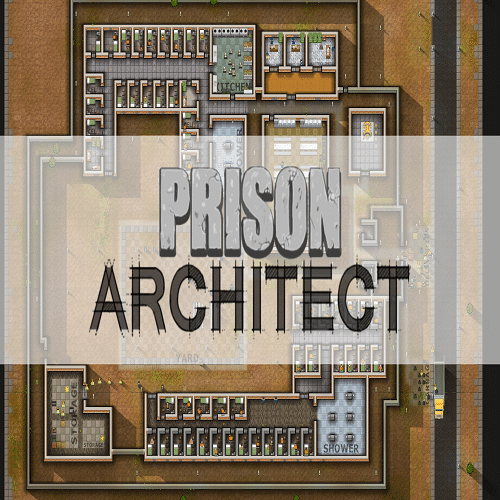 Yacht Club’s Mina the Hollower Smashes Through Kickstarter
Next Steelseries Siberia X300 Review – Solid Sound, No Gimmicks
Previous Rock Band 4 Review – Get the Band Back Together for an Evolution of the Franchise