Rhythm games are built on a tantalizing cycle of rewards and escalating challenge. Your success is often accompanied by bright, colorful and infectious displays that invite you to continue. Super Beat Sports builds on this idea so beautifully, it’s downright tragic there isn’t more game to get into.

So there’s sports, and there are songs and adorable monsters which blend together these two ideas. If you don’t like the music in a rhythm game, it doesn’t have a shot at luring you in. At first, I wasn’t sold on the soundtrack, but something about the creatures that help create it really hooked me. The purple monsters in Whacky Bat make this sound like they’re tasting auto-tune for the first time and I immediately fell in love. The rest of the cast is equally endearing.

My time with all the games ended up being rather uneven. I dumped a lot of hours into Whacky Bat. The challenge level rises at just the right pace, leaving you impatient for more. The music is infectious and joyful. Every monster is just terrific, as well. After a series of smaller monsters finishing chucking baseballs at you with patterns of increasing complexity, every stage is capped off with a visit from a huge robot. I love him. His huge, wiggly arms and janky vocal outbursts are often the highlights of the entire stage. I burned through every level on normal mode before switching immediately to the pro setting. This gave me high hopes for the rest of the games on the list.

“The purple monsters in Whacky Bat make this sound like they’re tasting auto-tune for the first time and I immediately fell in love.”

Next up is Net Ball. Unlike Whacky Bat, you don’t move around the field, so you’re literally pressing one button with proper timing. Eventually, it gets a bit trickier, but I still switched to hard mode almost immediately. Even with that added level of challenge, I found myself losing focus. I actually lost points I was so bored. This is not what you want from a rhythm game. The one concession made towards keeping you alert is the spikes. Every once in a while the audience will start counting down, signaling your time is coming to spike the ball. It helps keep things from getting too simple, but I still had a hard time keeping invested in this one. 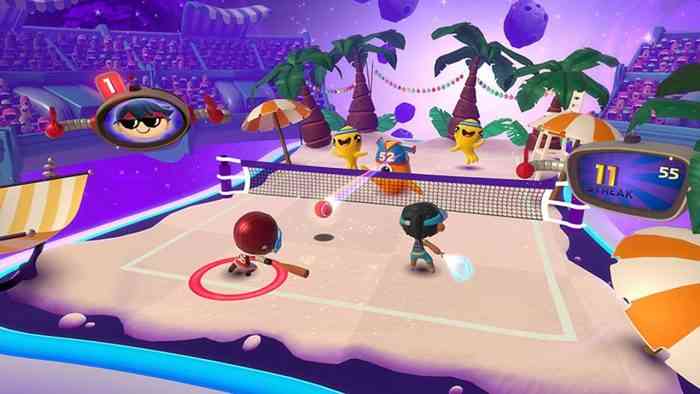 If neither of those sounds like fun, there’s always Gobble Golf. The game is kind of like actual golf, except you’re just memorizing and repeating a sequence of inputs that get a little more complex over time. Alternately, if you don’t feel like memorizing anything, you can just sort of wing it. Does any of this make sense? You’re shooting golf balls into monsters’ mouths. You’re encouraged to watch a demonstration of every challenge, something you can rely on to help you succeed once the real thing begins. At first, I watched every one, but this saps the momentum from the stages really fast. Better to take a chance on your skills than simply demonstrate the limits of your memory. At least there’s multiple inputs to keep track of when playing, which goes a long way towards keeping me awake.

The last two games, Buddy Ball and Rhythm Racket, are competitive ones that only make sense with multiple people playing. This isn’t to say they aren’t well-designed or fun. Simply that they’re set up for a head-to-head challenge. Unlike Whacky Bat, Net Ball and Gobble Golf, these last two titles have no list of stages to work your way through and master. It’s unfortunate but understandable. Instead, this is where you’ll find that extra multiplayer mileage. Again, I understand the need for such things, I just found myself wanting more stage challenges to master.

“I wanted so much more than what I got from this game.”

I wanted so much more than what I got from this game. Each sport starts off super fun and then slowly settles into a basic routine. The one saving grace for me was Whacky Bat. I fell in love with the rhythm of play, the monsters, the music and the visuals. I had a feverish compulsion to continue until I had smashed through every single stage. Unfortunately, the rest of the games didn’t hook me the same way. Each of these titles is playable with at least one more person, which extends the life of the game. There was such a sharp disconnect between my initial experience playing this game and what I settled into after the first two hours. At first, there’s delirious fun, simple joy and the promise of better things to come. Suddenly all that disappears and what you’re left with is smaller than you anticipated. The game isn’t bad, there just isn’t a lot to play. Super Beat Sports is a delightful distraction, a joyous escape for a short while. It’s just that said escape is actually much shorter than you initially realize. 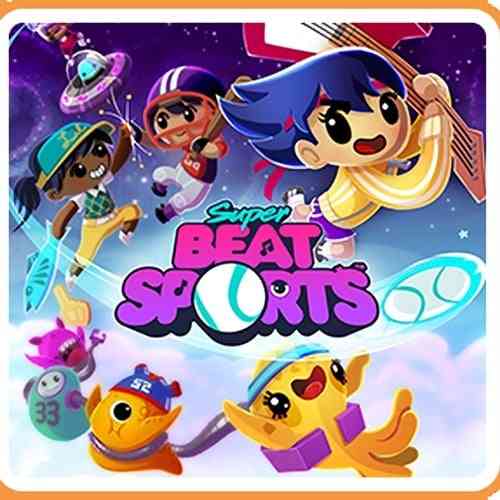