Having not seen the original film, I was excited to enter the world of Reservoir Dogs by way of Big Games’ top-down twin-stick shooter, Reservoir Dogs: Bloody Days. While aspects of it, mainly the characters involved, made me want to grab the movie on Blu-ray, Bloody Days doesn’t do enough with its promising features and gets bogged down by uninspiring ideas and repetitive gameplay.

A job goes wrong at a diner and the player is immediately tasked to take out some crooks and cops. Having played titles like Hotline Miami and the Halo twin-stick shooters, the controls didn’t feel up to snuff in Bloody Days. I’m not asking for severe aim assist handicaps or 360 degrees of precise control, but it does get annoying when you’re thrown back to a checkpoint after shooting to the right and the left of an enemy in a desperate plea to hit their bodies. While most shots are on-target, the loose controls annoyed me enough to take note.

“While most shots are on-target, the loose controls annoyed me enough to take note.”

And just as the player gets acclimated to the controls, Big Games throws in a rewind feature that, at first, really changed up how I approached the levels. One of the playable thieves – Mr. Blue, Mr. Brown, Mr. White, etc. – acts as the instigator of the rewind feature wherein they move to their position and kill enemies to then allow the next playable character to move. The amount of seconds that the first thief used is equal to the amount of time the next thief can move and plan their attack. This creates a puzzle-like system where the player has to take note of where the enemies are located on the map in order to set up their characters in the right position. 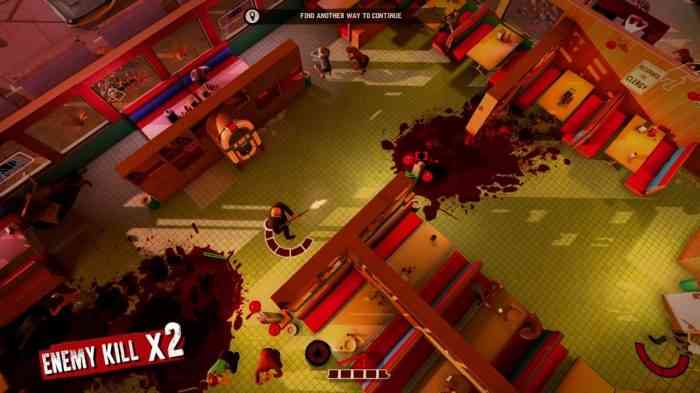 Here’s where the disappointment comes in. Introducing the mechanic so early made me sure that the developers would use the feature differently each time and have the player take down enemies with it at first, pass by enemies in stealth missions later, and then use the rewind feature to solve puzzles and get out with the money. But that wasn’t meant to be. Most of the time you’ll be using the rewind feature will be in firefights with the police or rival gangs. The game starts to get a little repetitive after the player starts to learn how to use the feature in any given situation, and then it becomes a chore to play.

“The game is set-up brilliantly but the execution is lazy and uninspiring.”

This disappointment is compounded by great systems and features that set up the game for success. A map of the city shows which places you can take down, unlocked by spending the money earned from previous jobs, and players can choose whichever Mr. X they’d like after unlocking them. The Reservoir Dogs license is perfect for this kind of game, but it’s ruined by the lack of inspiration when implementing the rewind system. And it doesn’t help that the different thieves have different stats that don’t actually translate into meaningful gameplay differences. 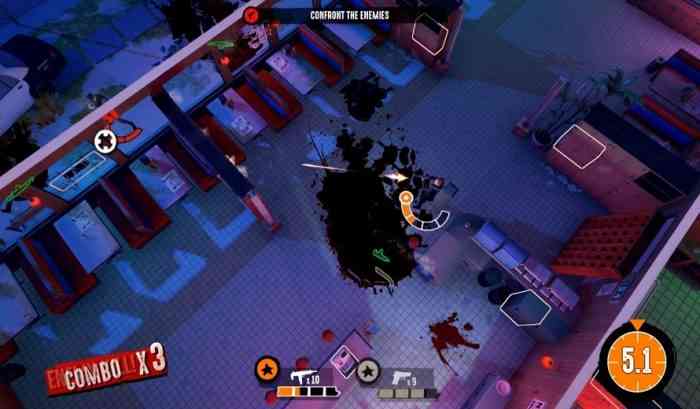 Using the fast speed of Mr. Blonde or Mr. White to dash through levels while using the other characters to take out targets or distract them would have made the puzzle aspect of the game that much more interesting. But none of it matters in the end because they all feel the same, despite what their stats say. The game is set up brilliantly but the execution is lazy and uninspiring. There were dozens of moments when I bemoaned a decision of the developer and thought about just how much better it could be if more time and effort was put in, especially when using such a beloved license.

“Reservoir Dogs: Bloody Days is a game with sky high potential that is crushed by its lazy execution.”

And that may its biggest issue: the license. While it’s great to see characters that sort of look like the characters I’ve seen on Reservoir Dogs posters – unfortunately, the image rights couldn’t be secured – and the soundtrack is nostalgic to someone who’s never even heard it, the dialogue is leagues behind what I would expect in a Tarantino adaptation. The load screens had quotes from the characters that were absolutely hilarious and I can only assume they are from Tarantino’s original script because the in-game dialogue is boring and only used as an excuse for more enemies to bust through the door. 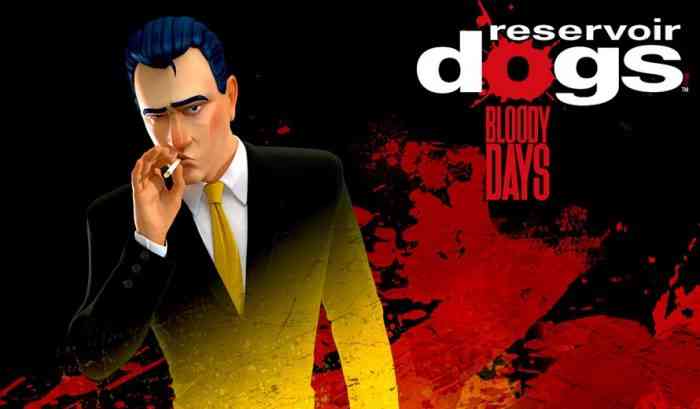 Reservoir Dogs: Bloody Days is a game with sky high potential that is crushed by its lazy execution. The nostalgia surrounding the characters, the world, and the soundtrack could have laid the foundation for a solid twin-stick shooter but instead, it just makes me think about what could have been. The game’s rewind system sets up a twin-stick shooter that plays more like a puzzle game but even that is thrown out of the window when it doesn’t experiment with different ways to use the rewind system and different scenarios to use it in. Bloody Days squanders the chance to build on a beloved IP even when it lays the foundation for success. 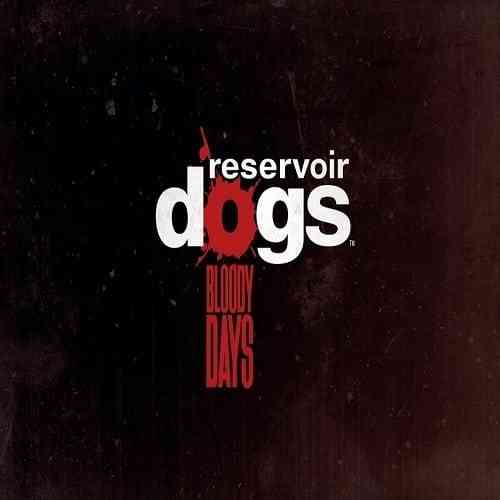