I took my Switch to work to play a few rounds with a co-worker, just using the Joy Cons, and it was awesome!

Ultra Street Fighter II: The Final Challengers includes six different modes, four of which you’ll be familiar with and two brand new modes. Arcade mode lets you choose any one of the 19 characters and fight your way to each character’s unique ending. The game doesn’t include any of the Bonus Stages, such as destroying a car, which is an odd omission. Versus mode allows two gamers to square off against each other, match after match after match. I took my Switch to work to play a few rounds with a co-worker, just using the Joy Cons, and it was awesome! There is an Online mode, which I’m happy to report works really well and I had no issues with lag. The Online mode includes both Ranked Match and Casual Match; the Ranked Match will pit you against the best of the best, whereas Casual Match allows a more relaxed approach, and the ability to square off against friends and/or frenemies. There is a “Ranking” menu as well, which allows you to compare yourself against the world in a number of different categories. The developers might need to take a peek at an atlas because Canadians are lumped in the US Ranking. Finally, there is a Training mode which gives you a ton of variables to fiddle with to perfect your fighter skills. 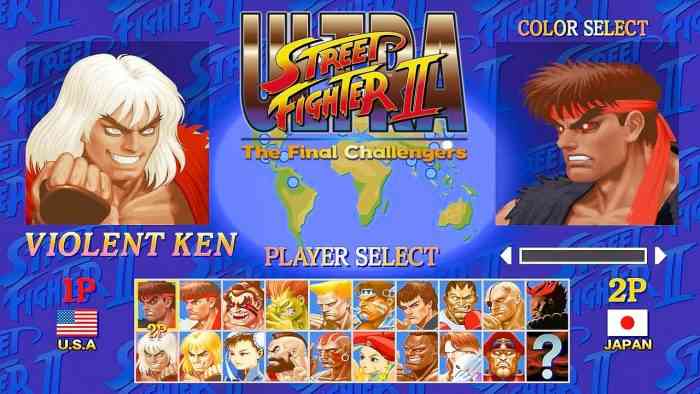 To keep things fresh, and maybe help justify spending full price for a 25-year-old game, Capcom has added two brand new modes: Buddy Battle and Way of the Hado. Way of the Hado is a single player mode that puts you in the gi of Ryu as he battles Shadaloo agents in first-person by using his iconic special moves. This mode includes three levels of difficulty (and one “endless battle” mode). The moves are executed with motion control (you’ll hold a Joy-Con in each hand). Unfortunately, this mode is ruined by the awful motion controls. Each level lasts about a minute or two, always in the exact same room, with the same few Shadaloo agents appearing in random places. You’re given the ability to block, three special moves and a super special move (when your Super meter is filled). Some of the moves, such as the Hadoken (Fireball), was pretty simple to execute consistently, but the Tatsumaki (Spin Kick) was damn near impossible to execute with any sort of consistency. It doesn’t help that there was a noticeable lag between motioning the move and it executing on screen. Completing the difficulty level gives you the ability to improve certain stats for Ryu, but it’s unlikely anyone will spend enough time with this mode to really notice a difference in the stats. The most difficult mode will pit you against M. Bison – who is ridiculously overpowered and cheap. I imagine Way of the Hado was an internal experiment that works just barely enough to throw in the package – but don’t expect to get much fun out of it. Finally, there is the Buddy Battle mode – personally, this was the mode I was looking forward to the most. The idea of being able to play through Street Fighter with my son was just too cool to pass up. Unfortunately, Capcom delivers such a shallow experience, that it’s hardly worth including in the game! You and your buddy (CPU controlled or Human controlled) will each pick your own character and then you’ll fight against four random CPU opponents in succession (the opponents change, but the stage is always the same). You share the health bar with your buddy and you can’t hurt them (no friendly fire). I was really hoping this mode would allow us to play through the entire Arcade mode together or at least some sort of tournament. Buddy Battle could have been a great addition, but it just lacked any inspiration – what a shame.

Each stage has been updated substantially to properly fit modern TVs and has a nice, smooth, cartoon-like look

Ultra Street Fighter II: The Final Challengers gives Street Fighter II a beautiful visual update. Each stage has been updated substantially to properly fit modern TVs and has a nice, smooth, cartoon-like look. Of all the additions and enhancements, the visuals are the best. It would have been nice if the stage backgrounds were given a little more life to them, instead of the traditional two to three frame movements. I also would have loved for Capcom to throw in the occasional Easter egg into the mix. Maybe a couple characters from other Street Fighter games drawn into the background, just to spice things up! But again, it seems the developer was more focused on retaining the original game in true form aside from updated graphics. The sound has received an upgrade as well, both the music and sound effects have all been freshened up to sound crisper and cater modern home theater systems. Prefer the original look? You can change both the sound and visuals to “Classic” mode in the options menu – or, like I did, mix it up with modern visuals and classic sounds (there’s something about the “Classic” music that I just love). 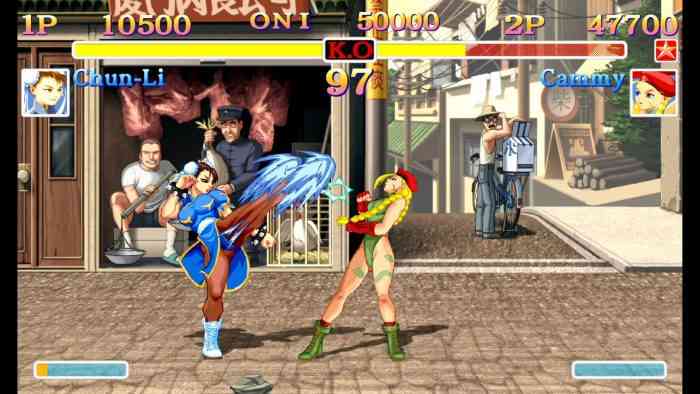 Rounding out the product are a couple additional menu options that are worth mentioning. The Gallery menu gives you immediate access to a massive, 250-page digital art book “Street Fighter Artworks: Supremacy”, complete with tons and tons of images. The artwork is impressive, but my only disappointment is there are no captions describing the images (was the image made by a fan, promotional artwork, concept artwork, etc). And finally, there is the Color Editor which allows you to tweak the colors of all 19 characters (each character has about three to four “zones” you can adjust). You can save up to 10 color variants for each character and you have instant access to them in any other mode (Color 11 – 20). Want an “Avatar” Ryu or a “Hulk” Zangief, then go for it! I’ll be honest, I actually enjoyed tweaking my favorite fighters colors, making them mine. 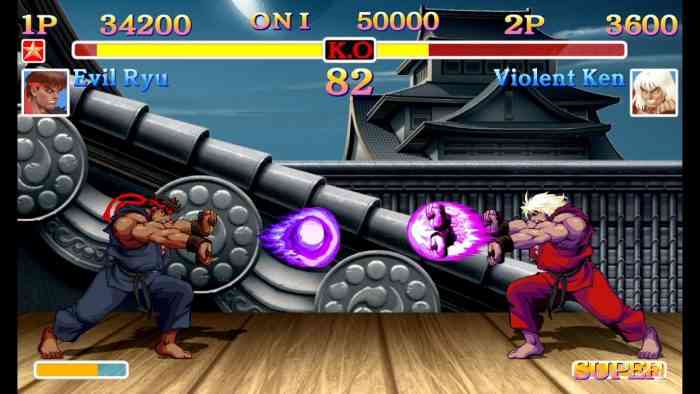 Ultra Street Fighter II: The Final Challengers is a pretty substantial package that might be hard to pass up for Street Fighter II fans. If you’re just looking for the classic Street Fighter II game, and couldn’t give a damn for any of the extras, then this one is perfect for you (albeit, you’ll have to find some way to justify paying almost as much as you would for Legend of Zelda: Breath of the Wild!). If you’re only interested because you thought Way of the Hado mode or, like me, Buddy Battle would be worthy additions – don’t bother, both are far too shallow to justify the purchase. The Online Mode works without a hitch or any noticeable lag and the ability to take the Switch to a friends house and play Versus off the screen with just the Joy Cons is very cool. It’s also worth noting that there is no indication that Capcom will flood us with any downloadable content. On one hand, I wouldn’t mind bolstering the cast by adding some other Street Fighters into the mix – but it looks like Capcom is keeping this package as a one and done situation (weird, eh – this is Capcom we’re talking about!). It’s also worth noting that there are no “Turbo” options contained within – could we see an Ultra Street Fighter II: The Final Challengers Turbo in the future – don’t bet against it. It’s highly likely that we’ll see various versions of Street Fighter II come to the Switch Virtual Console when Nintendo finally rolls that out, and those versions will likely be cheaper and might be enough to satisfy your Street Fighter needs. However, if you need your Street Fighter II fix now or you want these enhanced visuals, sounds and Online support, then this version will probably be your best bet. 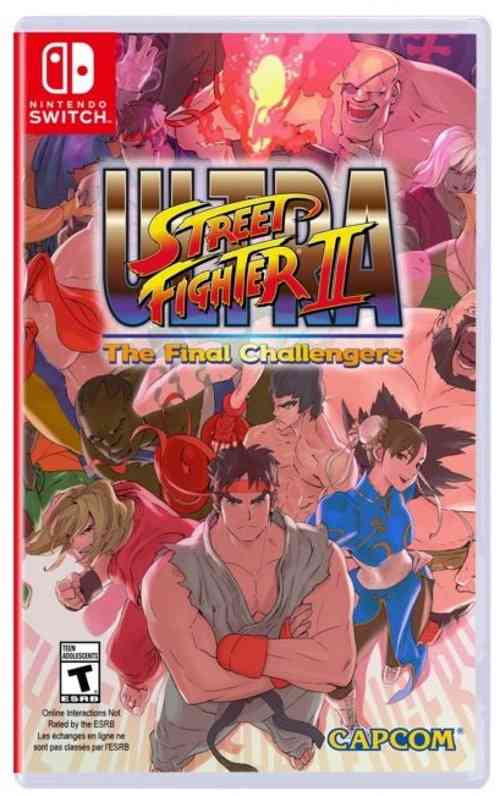