In a marketplace filled with games seeking to create fast-paced and more action filled experiences, games like Offworld Trading Company really stand out. It takes a brave studio to make a game focused on corporate structure and commodities trading. Yet with Offworld Trading a certain balance was struck between a sense corporate pride and abnegation. It works surprisingly well, but how do you make an expansion for it?

Jupiter’s Forge is the first expansion to Offworld Trading Company and beyond multiple new resources and companies offers a new setting to explore and a new game mode to challenge players. Io, Jupiter’s moon, offers new resources and challenges for seasoned players and buddy CEOs alike. However, in practice, the gameplay hasn’t changed much. There are new challenges and the setting looks different but it all feels the same. I found games on Io felt very similar to Mars in most ways. This didn’t take away anything from the presentation, but in everything but challenge, the new setting feels very familiar.

“Think of it like a survival mode, not a free play mode.”

The other large addition, the Infinite Map Challenge, is an interesting prospect. It is important to note that this definitely is a challenge. Think of it like a survival mode, not a free play mode. In it, you can potentially play forever, with no time limit and no end to challenges, but you have to keep your wits about you.

I misjudged it and played it with the intention of whiling away a couple of hours in abnegation, watching my business slowly grow and my imaginary stack of cash rise into the heavens. Then about 20 minutes in an AI faction bought me out. It turns out relaxation and cut-throat offworld industry just doesn’t go together. As a challenge though, this creates an intriguing game mode for more advanced players. It will not appeal to everyone but this mode could provide hours upon hours of enjoyment for the more hard-core Offworld Trading players. 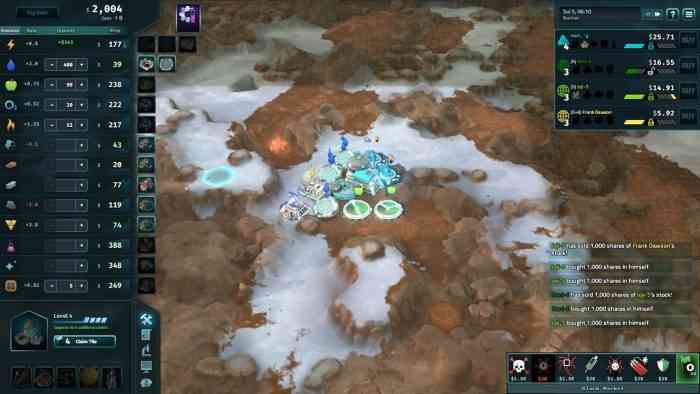 As a player, I found Offworld Trading Company to be a great game for passive play. I enjoyed putting it on and watching stocks go up and down while I passively invested. The expansion still has the easier difficulty modes which would still allow me this style of play, but I find the new resources and challenges to be focused on challenge. They require more focus and consideration. This is not a negative factor, but I found it did not add variety or excitement to the formula. For a player like me, it makes the game feel a bit too much like work, the payoff hasn’t increased with the challenge.

There is a certain portion of the gaming population who want a more complex experience, which this expansion certainly adds, but I’m not convinced it adds depth to the gameplay in equal measure. If you are itching to go back out into the void and stake another claim this expansion will give you more of the content you want. However, if the core game didn’t win you over, Jupiter’s Forge isn’t likely to prompt further investment. 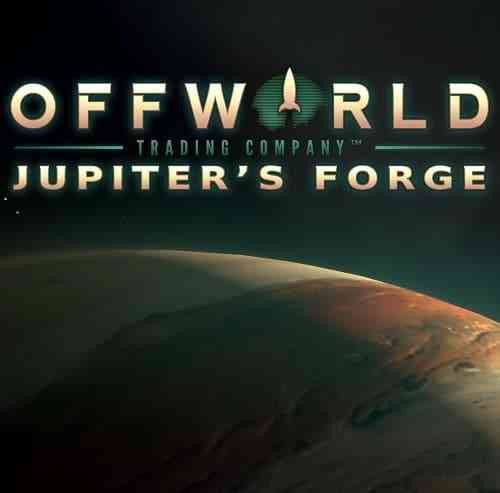