Demon’s Crystals Review – Worth the Price

Demon’s Crystals is now on console, and if you’re looking for an inexpensive way to pass the time with a local friend, it could be right up your alley. There’s nothing deep or truly unique, but when you’re spending less than ten dollars on a game it’s hard to complain. Demon’s Crystals is your average top-down twin-stick shooter where you play as one of four girl demons. The campaign revolves around completing a couple of objectives in each map: collect crystals, defeat enemies. You typically get two rounds per map in the early game but in later stages this ramps up. It’s all very repetitive though; collecting crystals and shooting enemies every single time gets boring.

Sometimes they change things up and throw both objectives at you at once. It really doesn’t help all that much. I played through the campaign with a friend, and it was more of a way to pass the time than a way to have fun. We would groan upon death, mostly just because now we’d have to complete an objective all over again before we could this all behind us.

There are a lot of ways Demon’s Crystals could have been better, but at the end of the day it’s a five dollar game. All the heroes are the same, only differentiated by their color palettes. Some of the maps look identical, especially the graveyard areas. You gain levels as you play, but this is arbitrary and doesn’t seem to do much except to make you feel good about how you’re spending your time.

“I just don’t really see any need to make this game for an older audience.”

A huge issue to me is the Teen rating. If the developers had decided to tone things down and make this more of a kid-friendly title then I could see it being a lot more acceptable. I just don’t really see any need to make this game for an older audience.

Another big problem was in the PvP multiplayer modes. If a player is malicious and knows what they’re doing, you can easily be killed when you spawn multiple times in a row. Power-ups can last quite a while, and when a screen is filled with projectiles it doesn’t really matter where you spawn. These matches were fun, but mostly due to us laughing at how absurd the game state became after a while. 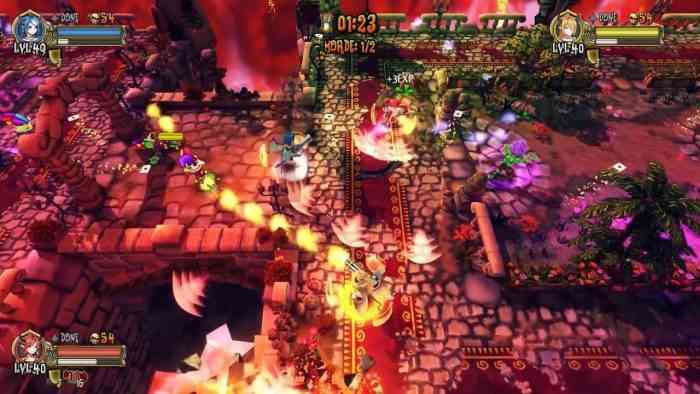 Visually, it looks pretty good for the price. However, when everything is going off and each player has multiple power-ups, it can be difficult to differentiate between projectiles. Everything seems to have a light attached to it, including many parts of the maps, and these tend to be colored. Since the players are one of four colors that are used to light the scene, it’s very easy for a player to die have their corpse become lost in the background. Multiple times someone needed to be revived but we had trouble finding each other.

Demon’s Crystals is a decent game considering the price, but if you’re looking for local co-op mayhem, there are better titles to choose from. There might be some appeal in the character art style, but the only time you can really even see it as at the selection screen. Don’t expect to make out any minute details on your hero as the screen fills with color and mayhem. 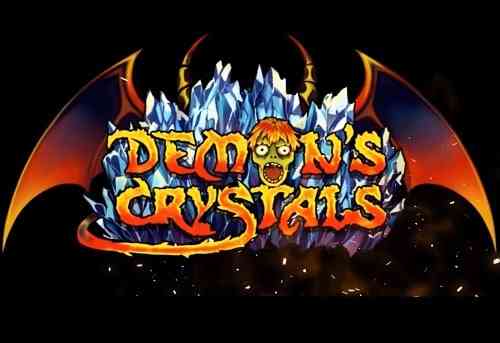