There’s something powerful about the traditional Pokémon journey. You’re setting off on your own, into the wider world, ready to face whatever you find. Pokémon Legends: Arceus targets that feeling with surgical precision. This is the mashup of Pokémon and Breath of The Wild you were hoping for, for better or for worse. While the game might be missing some key elements from the series, the final product is still terrific fun. The screenshots haven’t lied to you, though. Arceus is kind of ugly sometimes.

To be clear, I don’t consider the visual shortcomings a serious flaw. But you can’t ignore them, either. Some textures behave wrong at strange distances, a lot of the grass is a flat image on a bump map, and the world is a bit on the empty side. But the character models, people and Pokémon alike, all look great. I discovered something during this review that (maybe!) explains all of the Pokémon switch games. Arceus looks better in handheld mode. It’s almost like the developers prefer working with smaller screens, for some reason. I got used to the weird, spare visuals almost instantly. But! If you get hung up about such things, I suggest keeping this one a portable playthrough.

Never mind the wacky flat grass, is the game any fun, you ask? Absolutely! Battling and capturing Pokémon is a smooth, seamless experience from start to finish. Fights take place where you start them, not some separate dimension. You initiate the battles by throwing your chosen Pokémon at the opponent in question. Once the battle is over, experience is doled out in a pop-up menu in one corner. Almost no time is wasted, in other words. I found myself looking for fights instead of avoiding them, especially with the incentives you’re offered. This time around, filling out the Pokédex is a rich, rewarding mission. 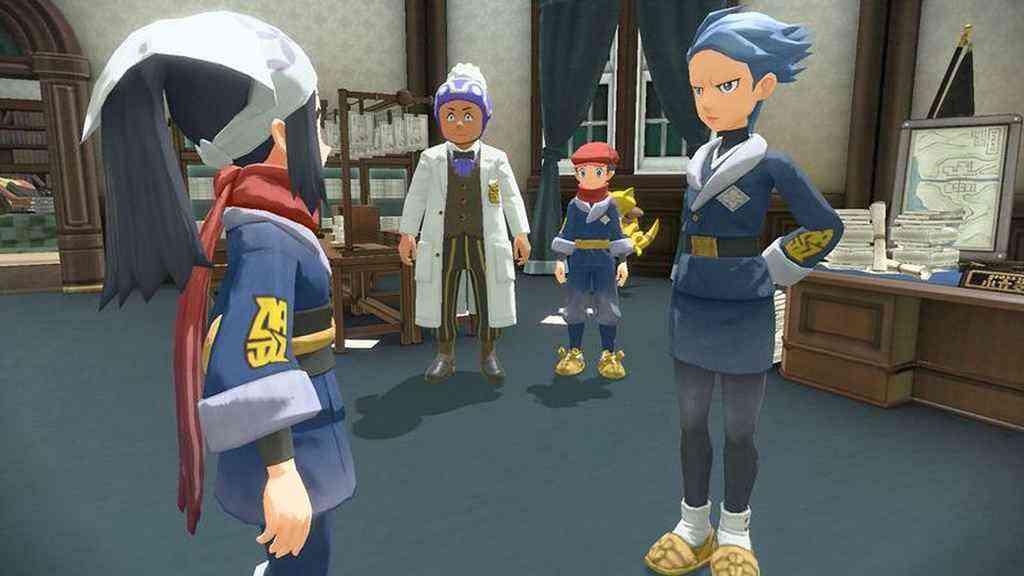 When you’re not concentrating on your Pokédex, you’ve got a ton of requests to fulfill from the locals. There’s a lot of mission variety, so you never get too bored or rundown, but the quest tracker is mostly ornamental. On the one hand, it feels authentic to force you to track these things down yourself. But maybe a hint? Some idea where to look? Alas, you’re pretty much on your own for the side missions.

Outside of the major objectives and the side missions, you’ve still got that Pokédex to fill. The game makes this as engaging as possible by offering a checklist of tasks for every entry. How many you capture, what moves you see them use, and how many you defeat in battle all contribute to their page in the dex. Plus, completing these entries pays your wages and boosts your trainer rank. Instead of gym badges, you’ve got ten stars to earn with the Survey Corps. Which leads us to another slight difference, in that there are no gyms, and no gym leaders. The people of the Hisui region are terrified of Pokémon, you see.

Be Ready To Run

Honestly, it makes sense. They can summon lightning, breathe fire, and eat your dreams. Who cares if they’re also adorable, you know? For this same reason, you don’t run into quite as many trainers, either. No, most of your battling thrills come from wild Pokémon. While some of them are pretty docile, others will attack you on sight. If you’re not careful, they can knock you right out. Better to take the initiative with your own Pokémon, and bring the fight to them. Unless you’re facing down an Alpha Pokémon. Then you might want to run. They won’t automatically beat you! But your odds aren’t great.

Another major element of Arceus is crafting. You can make your own Pokéballs, your own medicine, and your own bait. Harvesting these materials even gives experience to the Pokémon doing the work. While gathering these materials I discovered grit dust. If you’re obsessed with EVs and stat-maxing in Pokémon, they’ve made it even more transparent. Just apply this common item and watch those base stat values rise! This new version of EV optimization isn’t that much easier, but it is much more simple. Which is good, because the fights are a tiny bit tougher than usual.

It’s not a major spike in difficulty or anything. There’s just a handful of new combat mechanics that can catch you off-guard if you’re not careful. Speed and turn order are more rigid, for starters. This means a slower Pokémon can get smoked before they even have a chance to act. The other new wrinkle is move mastery. Once a Pokémon masters a move, they can use it normally, agile style, or strong style. Agile style sacrifices power for speed. You might even be able to act twice in a row! On the other hand, strong style uses more PP in exchange for a more powerful attack. It also disrupts the turn order, so it’s a risky gambit. I like having more flexibility in my fighting strategy, plus the extra challenge is a welcome change.

I wasn’t sure what to expect with Arceus, but the surprise was a pleasant one. There aren’t any gyms or gym leaders, but I found plenty of tough battles. The graphics are pretty basic, but the character models all look terrific. Even the environments aren’t so bad, as long as you’re playing in portable mode. I was instantly hooked by the gameplay loop. Everything you do in the field feels so seamless, so smooth. This game makes Pokémon feel a bit dangerous, something I never thought was possible. If you were hoping for a traditional Pokémon experience, you’ll be thrown for a loop. Keep an open mind however, and Pokémon Legends: Arceus will be a fantastic time. 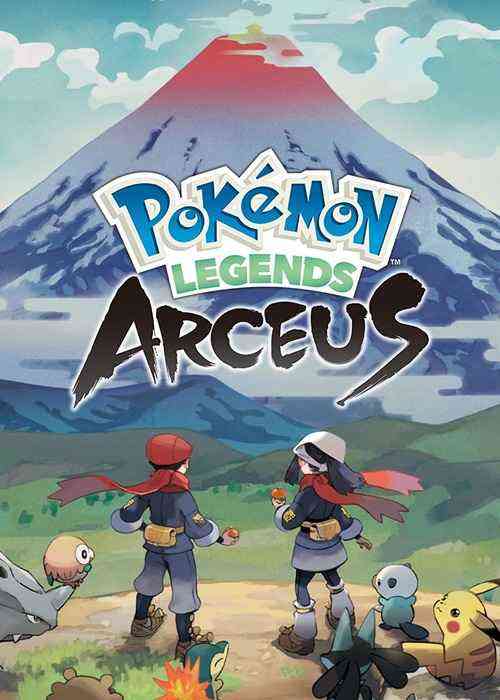