Nowadays, difficult video games like Monster Hunter and the Souls series are all the hype. They succeed because they challenge the player to master unique mechanics and develop the necessary skills to rise to victory. This is not the case with Bonfire Entertainment’s Original Journey. While Original Journey certainly is difficult, this difficulty mostly stems from repetitive gameplay and design flaws, resulting in a journey best avoided.

The Atos, a race of bee-like aliens, have finally discovered the planet hiding the Origin Stone, an artifact capable of saving their doomed home world. You take the role of a grunt in an expedition party and must battle through hostile forces to secure the continuation of your race. It pretty much goes downhill from there.

Original Journey’s most glaring problem comes from the fact that its levels are not continuous. Instead, they consist of a series of sections each spanning the length of the screen. Clear the enemies in one section and you’ll be transported into the next, where you’ll do the exact same thing. Rinse and repeat. Not only does this segmentation destroy any sense of exploration, it also made me feel like I was being ushered into one shooting gallery after another. Each section is randomized but there isn’t nearly enough variation in layout or enemy types to keep things interesting beyond the first five minutes.

“Your only abilities are to jump, shoot, and place down turrets.”

The lack of checkpoints means dying will send you all the way back to the beginning of a level – and you will die… a lot. Unlike in other games, death in Original Journey doesn’t teach you a single thing. There are no complicated gameplay mechanics to master or nuances to learn. Your only abilities are to jump, shoot, and place down turrets. Each encounter boils down to hiding behind a turret and shooting until there are no enemies left, all the while praying you have enough health to carry on. There’s no strategy or thinking involved. Boss fights don’t deviate from this formula either. Whenever I made progress, it never felt like a victory out of skill or careful planning, but luck. Sheer luck.

To make matters worse, even if you somehow avoid death, you’ll still be sent back to each level many, many times over. It doesn’t help that mission objectives are boring and uninspired: collect x amount of a material or trigger an event. One mission sent me through five sections of the Giant Forest to speak to a character, then I had to return to base to tell another character about what that character said, only to be sent back into the five sections of the Forest again to talk further with the first character. I hope that sentence sounds repetitive because that’s what Original Journey is all about; repetition. By the time I reached the first boss, I had already gone through the Forest more times than I can count, and I was eager to see the credits roll. 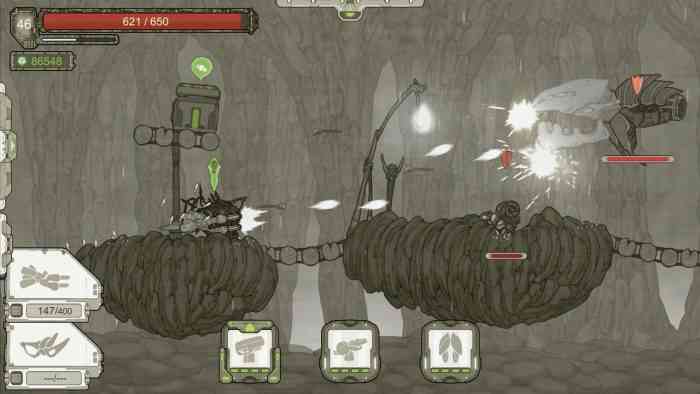 While there are many weapons to choose from, most of them feel like archetypes lifted from other games that don’t quite fit into Original Journey. The shotgun lacks the range to hit half the enemies you come across. The shuriken gun can dish out massive damage but has so little ammo it’s practically useless. The sword and the sniper, in particular, come across as cruel jokes meant to trick the unsuspecting player into dying a few more times. You can only carry two weapons and they cannot be swapped out on the fly. Pick out the wrong guns and you may need to abandon your hard-earned progress and return to base. Once back at base, you’ll then have to sit through multiple loading screens just to change weapons.

Original Journey also goes out of its way to generate unnecessary difficulty for the player. Mission objectives are laughably ambiguous. One scientist claimed he needed time to research an object when in reality, the only way to progress is for me to encounter a new character. Other information is just as unclear. It took me a while to figure out the three symbols for my stats stood for health, attack power, and luck. One armor was said to make me ‘pro with the machine gun’ but I noticed absolutely no difference with it equipped. Level design works against the player too, occasionally spawning enemies at angles your bullets cannot reach. Mission supplies are incredibly scarce, and many times I arrived at a boss fight with little health and ammo, which led to one thing: death. 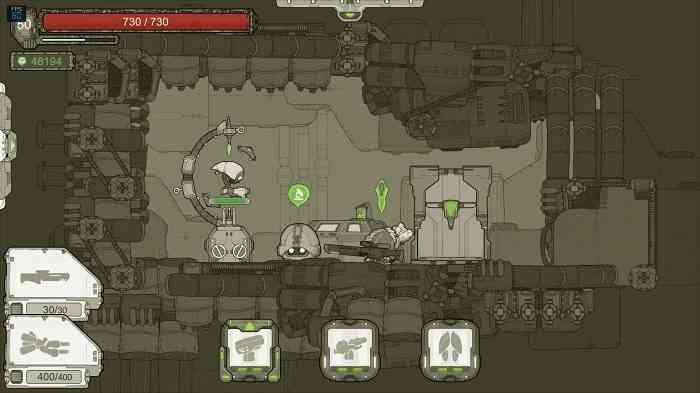 The only saving grace here is the art style. All graphics are hand-drawn, and every character and enemy looks adequately cute and quirky. The battles, though tedious to play, never stop being fun to look at. However, I couldn’t help but wish for some color to bring out the art’s beauty.

Contrary to its name, Original Journey is far from an original adventure, offering little to motivate players to see its campaign through. If not for the sake of this review, I would have thrown in the towel long ago. Unless you’re really keen on checking out some hand-drawn art, steer clear of Original Journey. 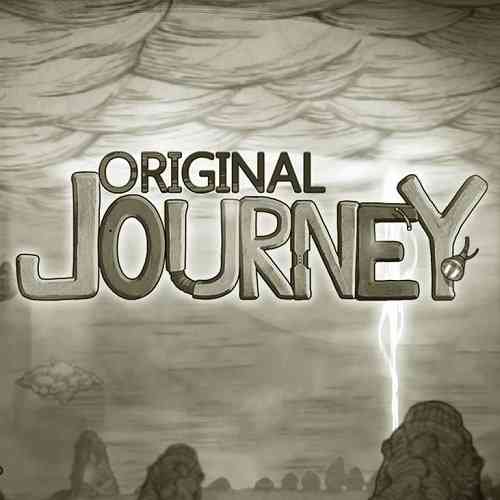