Deck-builders have become a very popular genre in the video game industry over the past years as card games have greatly evolved from Magic: The Gathering into Hearthstone, Legends of Runeterra and more. Recently, Aerie Digital announced Battle Bands, a multiplayer deck building game set in the fantasy world of Riff City. Aerie Digital is an independent developer and publisher that specializes in innovative and unique experiences through video games. Aeria Digital plans to release Battle Bands into Early Access on PC via Steam later this year. Battle Bands is the perfect game for players and their friends to construct amazing decks and face off in an amped-up atmosphere with competitive tournament team play and a roguelike co-op campaign experience.

In Battle Bands, players will attempt to become a rock legend by using tactical strategy to win tournaments. Players can improve themselves against AI or choose to go against other players in a 64 band battle royale mode. Battle Bands will have a variety of features in the game including Tour Mode where players can team up with three others to fight against the machine or participate in epic 4v4 tournaments where a loss means immediate elimination. Battle Bands wouldn’t be a true card game without hundreds of unique unlockable cards as well as the ability to choose from the guitar, bass, drum and keyboard. In terms of customization, players can alter their persona from the band name to the outfit and even the instruments. Furthermore, a rockstar needs to ride in style so there are hundreds of colors and customization options available for the van. 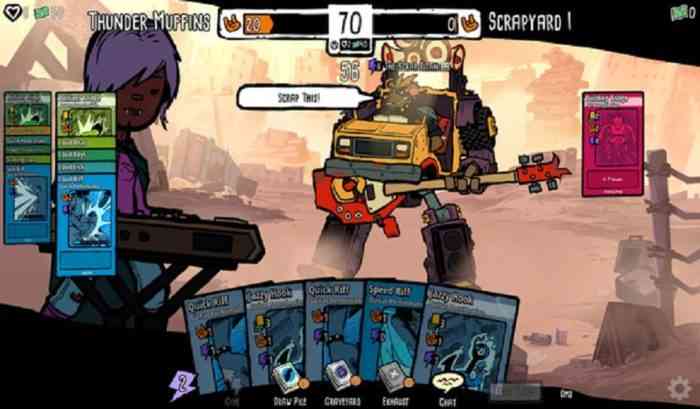 Battle Bands does not have a set date to enter into Early Access, however the game can be ‘wishlisted’ on Steam now!

Are you into deck-builders? What do you think about Battle Bands? Let us know in the comments below or on Twitter and Facebook.