Sometimes a game will have all the components you were looking for and still never click. Legrand Legacy: Tale of the Fatebounds checks off so many boxes for me. There’s turn-based combat that requires careful attention and discourages button-mashing. The level design feels like a love letter to the best RPGs from the PS1 era. There’s an amnesiac protagonist, crafting, old gods and a host of mysteries. Yet, my time spent with this game was characterized by dread. Each puzzle piece felt forced into place. While this game has many hallmarks of a successful RPG, they fail to coalesce into a really memorable experience.

The story kicks off with an amnesiac warrior tumbling headfirst into his destiny. The dialogue moves in slow circles, taking great care to belabor each point before moving on. It wasn’t long before I found myself mashing through scenes just to get ahead. If a character was designed with a particular personality trait, you’d better believe that trait will be on full display every time they talk. If the noblewoman calls protag a peasant or useless, be prepared to hear that ten or fifteen more times. Oh, that character is a Norn? Better say something callous and cruel, immediately followed by an assurance that “she’s a pure Norn,” negating everyone’s misgivings. To be fair, flat and repetitive dialogue is a big part of JRPGs from the golden age this game is inspired by. Rather, it feels like this was the lesson retained from playing those old games. Good JRPGs don’t wallow in every scene like this game does. It feels like the wrong lessons were imparted from the wrong influences.

“Enemies have the ability to reliably interrupt your attacks if you don’t time your strikes with perfect precision.”

I have mixed feelings about the combat. You’ll rarely be bored during fights. Each battle requires your full attention if you want to win, with a host of weaknesses and strategies to keep in balance. Yet, I still found myself dreading these battles. Like the rest of the game, the components fail to add up to a satisfactory experience. Enemies have the ability to reliably interrupt your attacks if you don’t time your strikes with perfect precision. This one mechanic makes timed hits more important than any other individual aspect of your characters. Even if you’re exploiting an enemy’s weakness with a given attack, a less-than-perfect hit leaves you open to an interruption. If you miss a couple of these timed hits, it’s possible for the entire battle to turn against you. Each enemy has elemental resistances and weaknesses, but they don’t feel like they matter very much. You can win every battle by brute force, unleashing a torrent of items and attacks to wear down the enemy’s health. Using the game’s built-in mechanics regarding timing and elements turns every battle into a merciless slog. I spent most of my time fruitlessly searching for exploits, simply to speed things along. 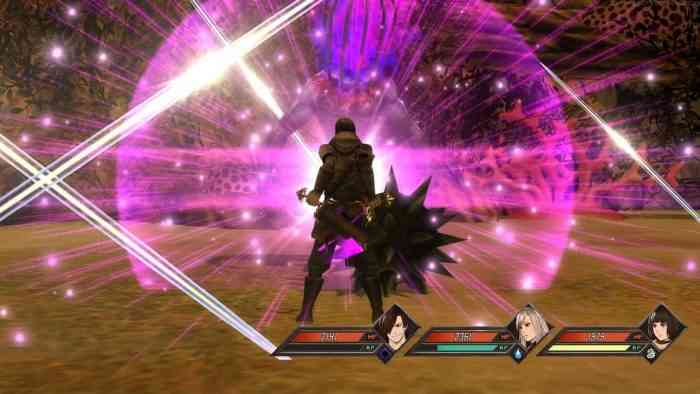 Another weak link in the chain is the economy. You don’t earn gold from fights, merely items. These are used in crafting, healing or just trading. Like the combat, if you play by the game’s rules you’ll end up broke and scavenging for healing items the entire time. I wound up with a great many crafting components I couldn’t ever use, but was initially afraid to sell. Sadly, after a couple chapters in poverty, this was no longer an option. My only meager success came from pumping all my resources into healing. If I could stay alive long enough for my specials to activate in battle, I could win every fight. It was grueling, but it afforded me more success than trying to make the crafting system work.

Despite these flaws, there is still a lot of love at work here. It’s clear the developers had a vision, one of a JRPG that transports you back to those PS1 days. The level design uses static images with select components brought to life. The art style is reminiscent of any number of JRPGs. The story has grand undertones, with amnesia acting as a catalyst for a world-shaking story spanning multiple generations, past and present. The combat system is a departure from the usual turn-based fare, with enough new elements to keep you feeling nostalgic yet engaged. Together, all of these pieces should make for a compelling game experience. However, this wasn’t the emotion I walked away feeling. Instead, I found myself frustrated.

“If the final product doesn’t hold together, then the key components are irrelevant.”

If the final product doesn’t hold together, then the key components are irrelevant. The charming character art, the well-crafted levels and the new twist on combat can’t overcome the pervasive sense of frustration and boredom that marked my attempted playthrough. That word ‘attempted’ is of critical importance. I have a fiendish appetite for RPGs, Japanese-style ones no less so. I tried over and over again to make any measurable progress through this game. Each time, I was shut down by an anger that bubbled up from deep in my guts. As I smashed against certain battles to no avail, it became clear: I can’t get past that interrupt system. The idea that all your strategies can be undone by an imperfect button press offends me. So many times I found myself defeated by that interrupt system. Mastering elemental weaknesses, stocking up on items, choosing the right status point upgrades, none of this matters in the face of a failed action prompt. The enemy will slap away your strikes and crush you flat, leaving you wrapped in helpless rage all the while. Condemn me if you wish. Claim my anger stems from a lack of skill, that I just need to ‘git gud.’ Rather than argue this point, I implore you to see for yourself. I would love to be proven wrong about Legrand Legacy, but as it stands, the game makes me too angry to ever play it again. 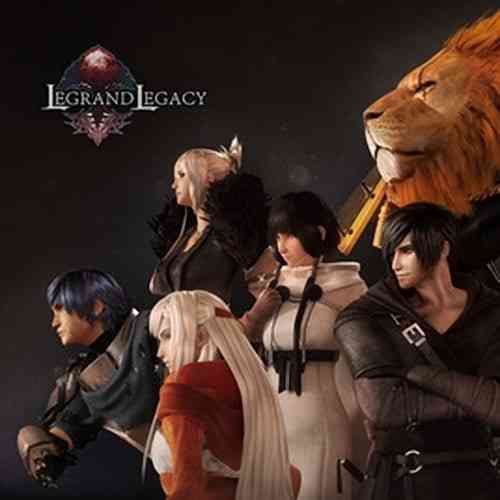