Call me old-fashioned, but there’s nothing quite as soothing as a solid 2D platformer. They don’t come around as often but there has been a small resurgence in recent years thanks to the indie movement and some big brother help from games like Rayman Legends and Sonic Mania. If anything, now is a great time to launch a 2D platformer like Shu, a charming little platformer from Coatsink and Secret Lunch. And while PS4 and PC players have been enjoying it since 2016, Shu feels impossibly perfect on the Switch.

You play as Shu, a silent protagonist that is really good at running, jumping, and gliding. Shu’s homeland is in danger of being wiped out by a dark and deadly storm and only by making his way to the top of an ancient mountain can he rid the world of the evil Storm once and for all and save his people. Like other 2D platformers, the story takes a comfy back seat throughout the adventure, choosing to tell its tale through cutely animated cutscenes and with characters that refuse to speak. Truth be told, my enjoyment from Shu wasn’t because of its narrative, but because of its wonderfully fun and brisk platforming.

“Shu is a charming and elegant little platformer that surprised me with its fast, but also calming, gameplay”

What’s most refreshing about Shu is that there aren’t any enemies to be found in the game. That may sound blasphemous to some, but I enjoyed the omission because it made Shu a more relaxing and carefree experience. It’s all about solid moment-to-moment platforming and that’s where Shu shines (hah!) the most. It helps that your character’s movements are quick and that he controls flawlessly which only adds to the fluidity of the gameplay. 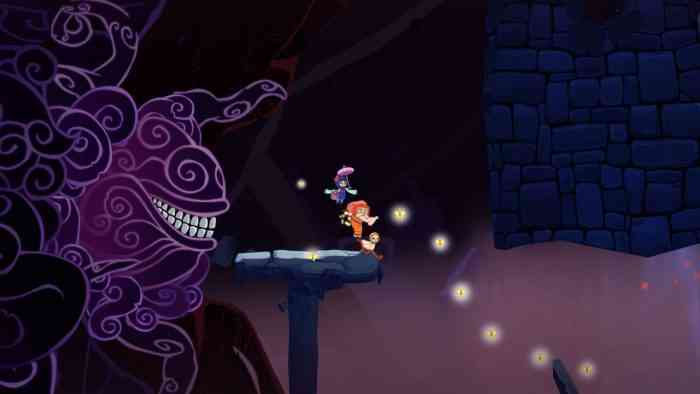 That isn’t to say there aren’t any dangerous obstacles to encounter. There are plenty of death-defying jumps, bottomless pits, and spikes to evade. Shu isn’t an overall difficult game to plough through, but I wouldn’t call it a cakewalk either. The last section, in particular, will test your platforming chops, blending everything you’ve learned in an intense and smartly-designed lengthy chase sequence that definitely required a few do-overs. I really appreciated the generous checkpoint system in the game too. Not only do they function as typical spawn points for when you die, but they also reset your lives back to five.

I also loved the out-of-the-blue appearances of the Storm which are always prefaced by a giant RUN! on the screen, which I’ll admit, even startled me a few times. These chases really ramp up the difficulty and putting your skills to the test. Admittedly, I failed a number of times during these sections but they never felt unfair or because of faulty controls. 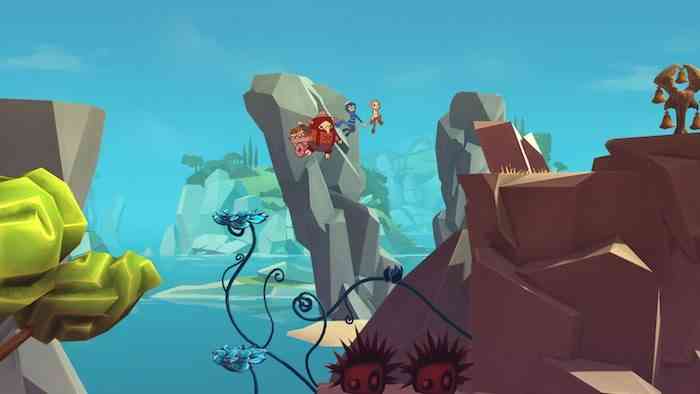 Every new level brings something new to the table, whether it be an environmental change or actual gameplay mechanics. You’ll pick up some lost villagers along the way who will tag along (or rather hold Shu’s hand, which is totally adorable) for a short time to help you get through some terrain that Shu otherwise couldn’t. For instance, some characters can walk over water, or double jump, or ground pound, or even open and close certain flowers that act as platforms.

These sudden changes to gameplay are extremely welcome and liven up the game just when you think it’s running a bit dry. Not only are these new mechanics easy to learn, it also makes each area feel a bit more distinct than the last. And just when you’re getting used to having a couple of friends for the journey, they’re ripped away from you rather cruelly when they’ve served their purpose. Thankfully, it doesn’t take long to adjust back to controlling Shu. If anything, it tickled my fancy to see what other surprises the game was hiding.

While Shu is a solid platformer from beginning to end, it comes up a bit short in the graphics department. At first glance, the 2D art style is clean and the animation looks great — but it also looks a little plain. While Shu and the cast stick to a more traditional 2D look, the backgrounds and various objects are in 3D and, as you can expect, it tends to clash at times. It’s not a huge hindrance, and I was able to look past it for the most part, but it’s disappointing that the visuals weren’t more consistent. 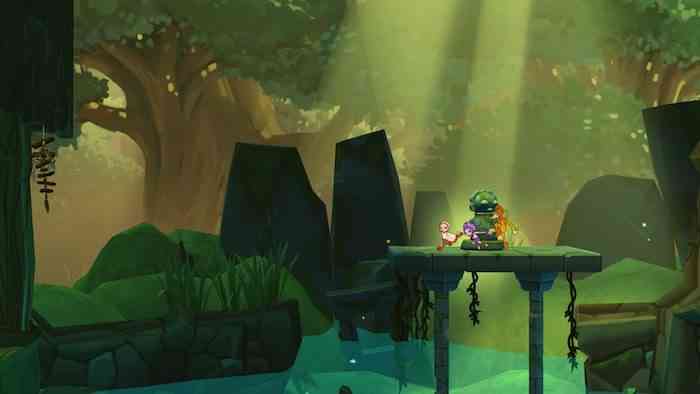 While it only took me a couple hours to complete Shu, there are reasons to go back and replay each level. Scattered across the land are hundreds of butterflies, six hidden owl babies, and stone tablets to collect. There’s also an added speed run time to beat that is worth checking out if the difficulty just isn’t cutting it for you. While they did help extend my time with Shu, there’s no real incentive or reward for doing any of it other than simple bragging rights.

Shu is a charming and elegant little platformer that surprised me with its fast, but also calming, gameplay. By not including enemies in the game, the focus never waivers from its excellent platforming and wonderful level design. The new mechanics that sporadically pop up from time to time ensures the pacing is kept fresh. The sudden spike in difficulty when the evil Storm arrives never feels frustrating thanks to its thoughtful checkpoint system. Shu won’t wow you with its presentation, but the core gameplay and easy-to-pick-up controls make it an easy recommendation on Switch. 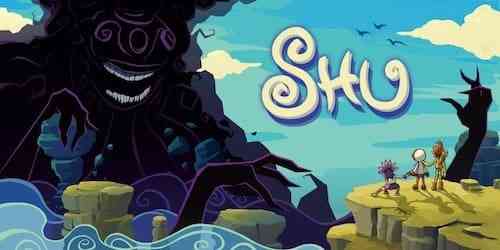