From the creators of I Am Setsuna comes Lost Sphear, the second draft of a love letter to Square Enix and their 16-bit catalogue. If you’re looking for a sweeping narrative wrapped in a buffet of compelling combat mechanics, this game is… kind of what you’re looking for. While Lost Sphear most assuredly has both of these things, they’re slightly off the mark, just to the left of dead center. This is a perfectly serviceable JRPG content to merely gaze upon the heights reached by its forebears.

Whole sections of the world are being swallowed up by a featureless white haze, becoming ‘lost.’ Kanata, the protagonist, is gifted the key to correcting this problem in a dream sequence. Only by turning the memories connected to these lost people, places and things into something solid can Kanata reverse the damage done. At first, the game takes you on a series of victory laps, with you saving various people and soaking up their overflowing gratitude. This is all in preparation for a betrayal so predictable it hurt me to realize that it was actually happening. Not only because it was so obvious, but because there was such a perfect opportunity to subvert an ancient fantasy story trope. Never in the history of fantasy has the enormous empire turned out to be the good guys. If there’s a good empire, it’s only because they’re fighting a larger evil empire that we haven’t been introduced to yet. Also, they won’t be called an empire, as this is a word almost exclusively reserved for evil organizations. In fact, this is less of a surprise betrayal and more of a breath you can finally stop holding. Maybe I’ve just grown jaded from reading, watching or playing so many stories like this, but there has to be a less predictable way to set up a villain. Revealing to your audience that the governing body controlled by an emperor is engaging in evil deeds is like giving them a six-piece jigsaw puzzle to solve. Although, to the game’s credit, there are smaller twists within the larger narrative arc that carry a bit more emotional weight. There’s even a sense of moral conflict beyond the usual ’empire = evil’ plot. Still, something about this story makes me sick of empires altogether.

“On a complexity scale from one to Xenoblade, the combat in Lost Sphear sits at a comfortable midpoint.”

On a complexity scale from one to Xenoblade, the combat in Lost Sphear sits at a comfortable midpoint. The battles won’t have you scrambling to a chalkboard to map out your growth routes, but there’s enough meat on the bone to leave you satiated. In particular, the Vulcosuits strike a good balance between power and cost. While you can wield crazy strength in these suits, they drain enough energy that you’ll be careful in how they’re deployed. I was stuck on a story battle in Sacred Rahet. I’d seen the same game over screen at least three times and it was starting to wear me down. My solution, returning to an inn to recharge my Vulcosuits, gave me an unfair advantage that lasted less than three turns. I was able to turn the tide in those few moments, but I had to act quickly. This is the pattern that repeats at every difficult battle. You get trounced by some sinister foe, regroup with a forgotten advantage, and squeak out a win. In this respect, Lost Sphear is a genuine homage to the best work by Square Enix. Longtime fans will recognize this same pattern from many Final Fantasy games. Rather than earning victory through the savage grind, you succeed through superior strategy. 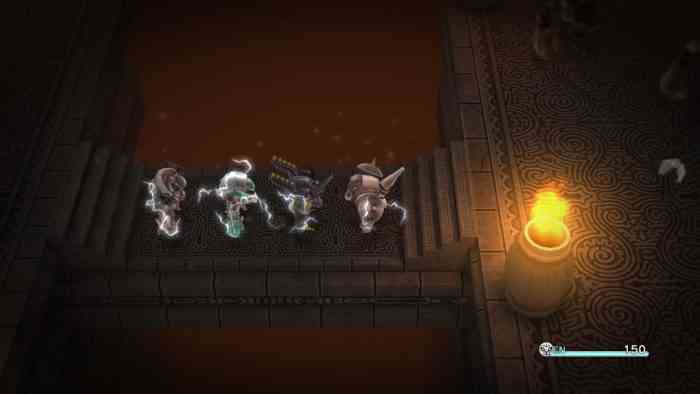 Aside from my snooty problems with the story, my actual grievances are not so damning. The graphics won’t catch in your memory, although the world map is tilt-shifted, which I can’t get enough of. There’s a fishing mini-game you can participate in to acquire more cooking supplies, and it’s almost insulting it’s so easy. The only way not to catch an armload of fish is if you stop paying attention altogether. Maintaining your equipment is just a matter of buying the newest stuff at the next town, but you can upgrade this same equipment for an extra edge. You eventually acquire enough party members to necessitate choosing the right roster, though everyone earns experience regardless of whether or not they fought. This is either a negative or a positive depending on the level of challenge you’re looking for. On that same note, the game comes with a difficulty setting, which may or may not be an incentive for you. Finally, the soundtrack felt a bit limited to me. There were moments that called for a certain tone, moments that required a shift in the music to drive the point home. This happened on occasion, but other times the music didn’t feel quite right. Again, this is a small grievance, but still worthy of note.

“In spite of my cruel and cutting remarks, I still enjoyed Lost Sphear.”

In spite of my cruel and cutting remarks, I still enjoyed Lost Sphear. The stale narrative is a necessary evil when creating a young and innocent group of audience proxies. The basic 3D graphics still convey the emotional message required of them, though I always prefer it when companies take a chance on aesthetic presentation. Better for some people to call it ugly than for no one to remember it, right? If nothing else, Lost Sphear’s tentative steps into the modern gaming landscape are much-appreciated ones. The total lack of random encounters, along with a strong emphasis on strategy over superior stats is a welcome relief. There’s nothing worse than losing a battle because you haven’t invested enough hours in level-grinding. I’ll happily accept defeat if it serves to illuminate the weak points in my battle strategy. There is a form of level-grinding, though it’s still mostly optional. You can buy the upgrades needed to boost your strength far beyond what regular levels will get you. All it takes is enough coin and you can transform your party into a squad of total bruisers. This loving tribute to the games of yesteryear doesn’t always measure up to those titans of old, but Lost Sphear is still a pretty good JRPG in its own right. If you’re looking for something to scratch that itch, this may be just right for you. 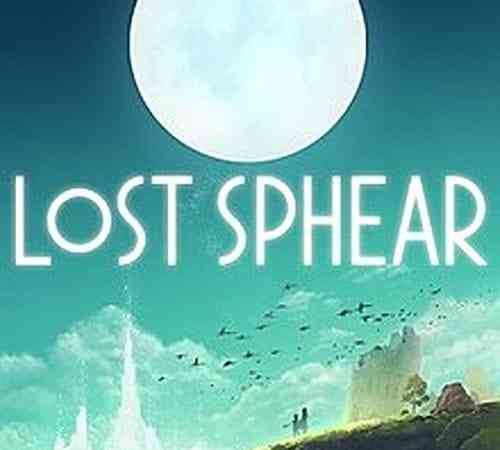 Marvel’s Avengers – The Mighty Thor Is Mighty Stale
Next Shu Review – A Calming and Refreshing Little Platformer
Previous Street Fighter V: Arcade Edition Review – The Incredible Game We Should Have Got 2-Years Ago