Growing up loving action platformers such as Gunstar Heroes, Contra and Sunset Riders, MilitAnt instantly attracted me with its promise of non-stop 2.5D bullet-hell platforming action. You versus an army of insects and huge bosses. Throw in the ability to wield four different weapons simultaneously and you’ve got yourself a recipe for a fun game. On paper, it sounds like a blast. In practice, not so much.

The story to MilitAnt isn’t deep but more than enough needed to get the action rolling. Ants have been the guardians of a rare crystal resource which powers the economy of the various insect realms. Peace has been sustained for many years but the termite colony has other plans. Seeking to take control from the ants, the termites along with the wasps and beetles wage an epic war, hell-bent on gaining control of the sought after resource. It’s up to you, as a brave ant to fight back and save your colony.

Xibalba Studios did a decent job fleshing out the premise at the outset but the story telling is really left out to dry once the world has been set up. Cut scenes are barely animated and simply accompanied by a short narration or a brief text blurb. Nor is there any storytelling during gameplay via artistic direction. Your playable character isn’t fleshed out whatsoever either, to the point that he isn’t even given a name.

“Xibalba Studios did a decent job fleshing out the premise at the outset but the story telling is really left out to dry once the world has been set up.”

But who needs a story when all you want to do is splatter bugs all over the screen? Unfortunately, the gameplay doesn’t make up for lackluster storytelling. With so many great examples of 2.5D action to take inspiration from, it’s a pity Xibalba Studios couldn’t nail the one thing MilitAnt truly needs. Tight responsive controls. Running and jumping are passable but the awkward aiming system makes for some frustrating moments. It all seems easy enough. Flick the right stick in the direction of the enemy you want to fire at and pull the trigger but with at times, dozens of enemies flooding the screen at once, it can be tough to land your laser sight on the enemy you intended.

Eventually, I decided to run past enemies instead of killing them as the fun of combat was draining quickly and I just wanted the levels to be over. It’s in this moment I came face to face with another annoying aspect of MilitAnt – the artificial intelligence. Enemies spawn out of nowhere. Below, behind, in front and yes, even right on top of you. Sometimes trapping you in a tunnel where you have no choice to fight but by then, it’s too late. You’ve been swarmed. When an action title has made you want to avoid the action… Well, that’s not a good sign. It all just feels really dated from a gameplay perspective. 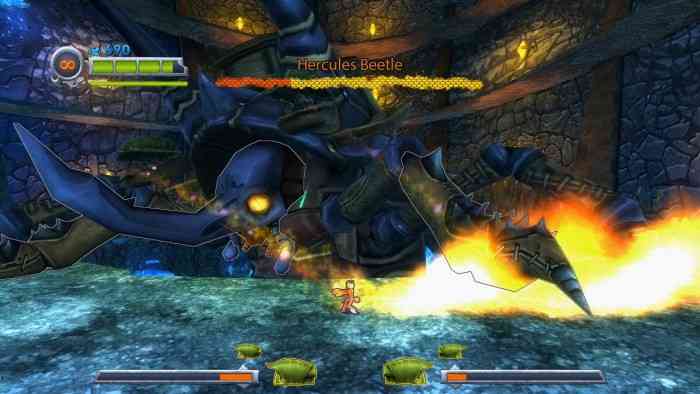 Even the once appealing weapon system lost its charm quickly. You have the ability to carry 4 different weapons at once, which include shotguns, flame-throwers, rocket launchers and more. Plus, you have two melee blades for close-range combat that can also deflect enemy projectiles. But with weapons hitting a cool down period way too quickly, the fun of carrying said weapons was lost as I constantly and chaotically switched back and forth with little time to enjoy each. There are no upgrades to health or weapons either which feels like a missed opportunity, especially as you progress into the later half of the game.

Boss battles offer some slightly more enjoyable moments but the difficulty spike around the 5th boss will have you wishing for an invincibility code. Not to mention one of the most annoying tropes during video game bosses… minions that randomly spawn during heated moments.

“With so much potential in the premise, it’s a shame MilitAnt didn’t deliver where it counts in the gameplay department.”

There was an early level that saw you flying on the back of a grasshopper for some side-scrolling aerial combat and this was probably the highlight moment for me. In fact, MilitAnt could have been a fun enough distraction if it focused these flight scenarios instead of the unsatisfying ground combat.

Visually, MilitAnt isn’t going to win any awards but Xibalba Studios did pack the world with details and color. In rare occasions, it can be neat to see the termite army causing chaos in the background. It’s too bad the actual level design was so uninspired, though.

With so much potential in the premise, it’s a shame MilitAnt didn’t deliver where it counts in the gameplay department. Annoying A.I. and frustrating combat mechanics make for a tough recommendation even for the biggest fans of action platformers. 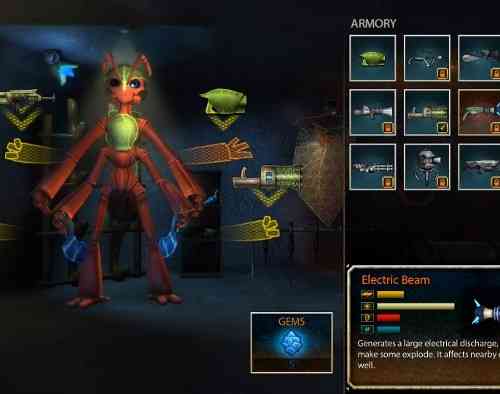 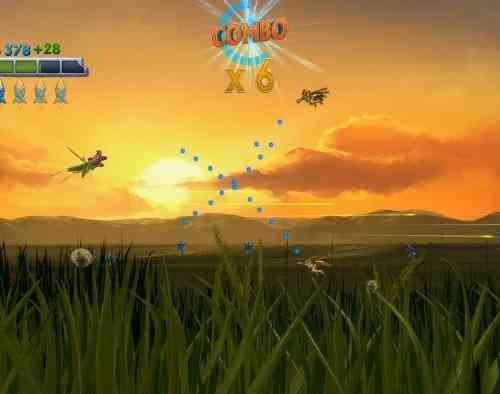 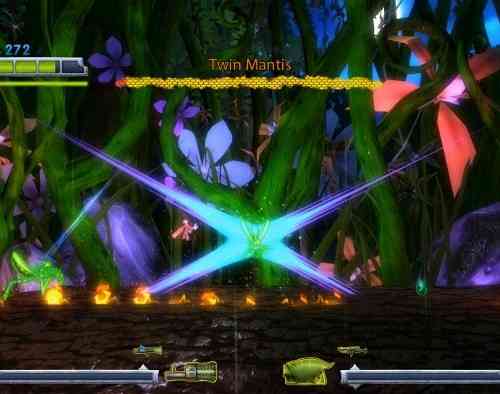 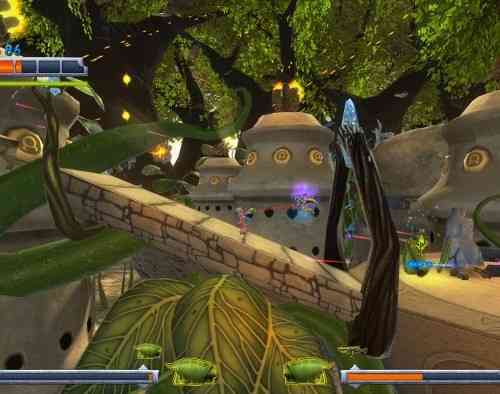