Lightfield, a futuristic racer by Indie developer Lost in the Garden, offers an intriguing mix of action-packed racing and colorful, Zen relaxation. With nods to similar games like WipeOut and Redout, Lightfield’s spare presentation has some fun elements but unfortunately never quite moves beyond mild, casual engagement.

Lightfield hopes to differentiate itself from other racers by offering you freedom – get to the checkpoints as fast as you can, but take whatever omnidirectional route you wish to get there. You are free to fly your spaceship-racer up, down, or anywhere else, and find the most efficient path to your destination. Developers Lost in the Garden promise you “parkour” action as well – I guess that is the fact that pressing X causes you to hug the closest surface.

In theory, it’s a nice idea, but I found that it has challenges in practice. There’s no HUD or even directional indicators, so I often found myself off track and unsure of how to get back. The game gives you “Wrong Way” and “Missed Checkpoint” warnings, but that is all. These moments of confusion occurred only after I took a chance and went off the glowing paths “suggested” by the NPC racers pace-setting me. So, I learned to stick to the safe route most of the time – and that’s disappointing.

“Lightfield’s spare presentation has some fun elements but never quite moves beyond mild, casual engagement.”

As you pass Checkpoints and finish races, you earn Experience Points, which unlock new racetracks. So far, there aren’t many tracks – only 7 – but each offers a new environment and a more complex track to navigate. But that is really it as far as Lightfield’s depth; it’s a fairly simplistic arcadey experience of repeating a track multiple times until you unlock the next track, and so on. While it has some fun aspects, I am not sure Lightfield’s Timed Trial mode has enough gameplay to sustain more than a few hours of playtime.

The racing itself is solid but could use more variety. For example, there is only one speed, attained by holding down the Right Trigger button; it would have been nice to have some more options, even a single-use burst of speed, to add some adrenaline to a race. You can change the overall speed in the game’s Settings, but that isn’t quite the same. It would have also been nice to have bonus power-ups, weapons or other collectibles on the track, in order to get the edge on your opponents, Mario Kart style. As it is, the core racing experience of Lightfield is not terrible, but it is a bit one-dimensional. 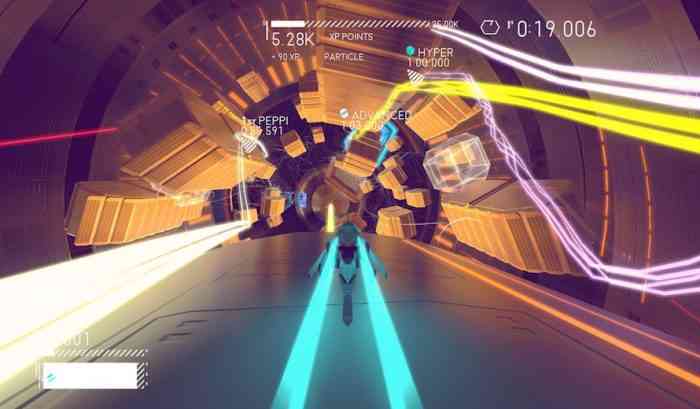 Lightfield does offer other modes besides Timed Trial. For example, there is Exploration Mode, which I rather enjoyed. It’s a free-roaming mode that has you collecting Stars/Crystals located around the environment (if you wish). Obtaining them all gets you pretty substantial EXP, and is a nice alternative way to unlock new tracks if you tire of the racing. There’s also the option to play against humans split-screen locally; I generally found Lightfield’s secondary modes to actually be more fun than the main one.

Lightfield has a pleasant, trippy visual vibe that seems to invite the player to settle into an eye-glazed zone of relaxation while playing, and the trance-like techno soundtrack, while again limited in the number of tracks, purrs perfectly in unison to the action. Again, I would have liked to see more detail and variety to the abstract, polygonal environments; there is a stripped-down quality to the look of the game that I felt could use a bit more polishing, despite its promising concept.

“Lightfield is a solid futuristic racer that definitely has some cool aspects to it.”

Lightfield is a solid futuristic racer that definitely has some cool aspects to it. Lots of color, electronic music, and solid racing will pull you in for a time but the experience lacks depth and, for a $19.99US price tag, the variety could be greater. If you are really a fan of the genre, give Lightfield a try, but otherwise, stick to classics like WipeOut HD. 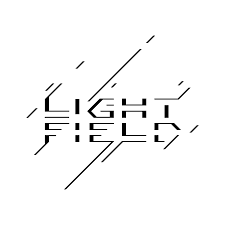 Developer: Lost in the Garden

Publisher: Lost in the Garden