When Twin Hearts’ Kitaria Fables landed on my lap, I was absolutely shocked that this game had somehow completely flown under my radar. Upon first glance and watching the trailer, this seems to have the perfect mix of RPG adventure, crafting and farming sim. And I was glad to see we received just that on top of a decent story and a ton of absolutely heart wrenchingly adorable characters to interact with! Everything about this game feels so wholesome but how well does everything play together?

Kitaria Fables follows Nyanza Von Whiskers (Nyan for short) and Macaron, soldiers sent from the capital city to the small West Paw Village. Their duty is to protect the residents from the once docile creatures who all seem to have become much more aggressive. During their adventure, they come across a mysterious book that sets them down the path of magic and they are soon tasked with finding four ancient relics that’s said to have all of the answers, while completing quests from the villagers, and living off of the land.

There’s a lot to love about this game, but let’s start with the farming. While Kitaria won’t have you taking care of a slew of animals ( I mean, the animals here are the people so that would be awkward) but will have us solely focus on harvesting crops. It’s not quite as in depth as other farming sims like Stardew Valley or the Harvest Moon series, you won’t have to worry about things like trying to get better seed quality with fertilizer etc. Simply till the land, plant the seeds and harvest when done. The farming system is simple but still satisfying, especially when you can sell everything at once and see all of those wonderful paw pennies rolling in! It’s a great source of income and I was glad to see there wasn’t an individual stamina bar so it allows players to farm to their heart’s content! Or until it gets dark anyways. 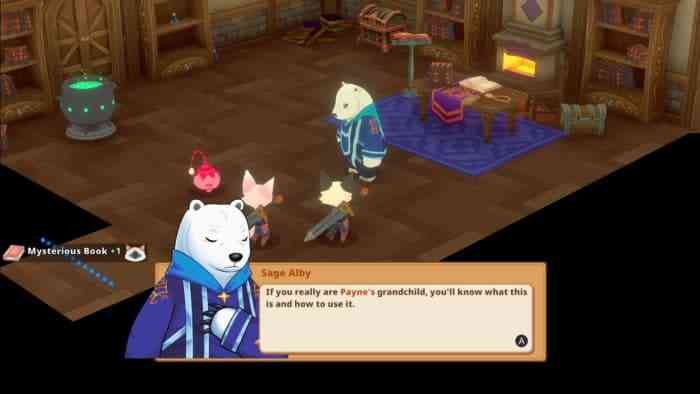 As an action adventure, you’ll be running around using your weapons and (eventually) magic to take down your foes. You’ll know when enemies are about to strike due to their animations, however they’ll also give you a visible attack window giving players time to roll out of the way. Once you’ve crafted the bow or more magic spheres, you’ll be able to customize your loadout of attacks and skills, tied to your trigger buttons, that will help you combo a barrage of sweet attacks! Cause honestly seeing Nyanza hurling fireballs and ice shards will never not be amazing to me. However, whenever I played the game either docked or in handheld mode, I did notice some drops in framerate when battles got too intense or if there were too many baddies on top of you.

The world of Canoidera has such a charming beauty to it and there’s a lot to love about this game right off the bat. The 3D models and 2D portraits capture the cute creatures so well and not to mention you can equip items and accessories to customize Nyan however you’d like. The scenery is really delightful whether you’re exploring the caves, hiking through the forest or traversing snowy terrains. You can see that there was a lot of work that was put into everything, especially when the days turn to nights and everything is just glowing in a wonderful dark ambience. The beautiful orchestral background music always also seems to match whatever setting our characters are in, topping off the entirety of the experience overall.

Did I mention that there’s also local co-op so you and a friend can work together to grind better and faster? 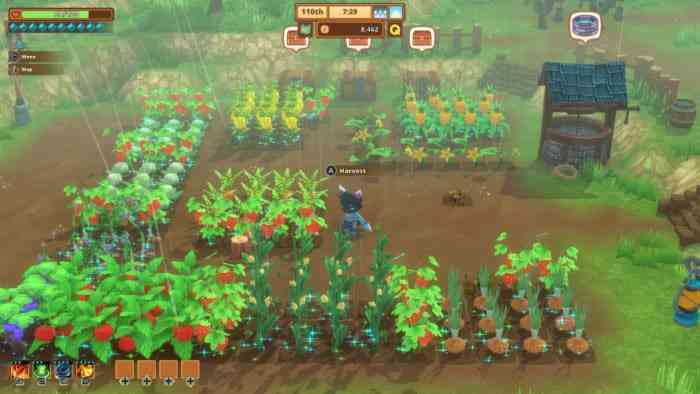 But with the Good Comes The Bad

Kitaria is a wonderful game but it doesn’t come without its flaws. As you’ll be exploring the world, you’ll have to go through a bunch of regions which are broken up into small zones. We really would have benefitted from having a mini map to help guide us in the right direction, especially when you’re trying to grind for specific items. You do have an overall world map that helps guide you but there’s still some guess work you have to do in order to go in the right direction. And if you go in the wrong direction, you’ll have to wait for your game to load as you enter/exit each area. The load time itself isn’t the worst I’ve seen but the fact that it has to load before and after each and every map, exiting or entering buildings, it does become a bit much after a bit.

Whether you decide to focus more on the action adventure or more so into the farming, or both, time management can become a bit fussy. The days sometimes both feel long and way too short, particularly on days when you decide to split your day between the two tasks. I would have preferred to have more time myself, sometimes tending to my garden takes 4-5 hours out of my day which didn’t leave me as much time to do what I needed in the world. And when there is a ton of grinding that you need to do to upgrade or create new items, you really need as much time as you can get! 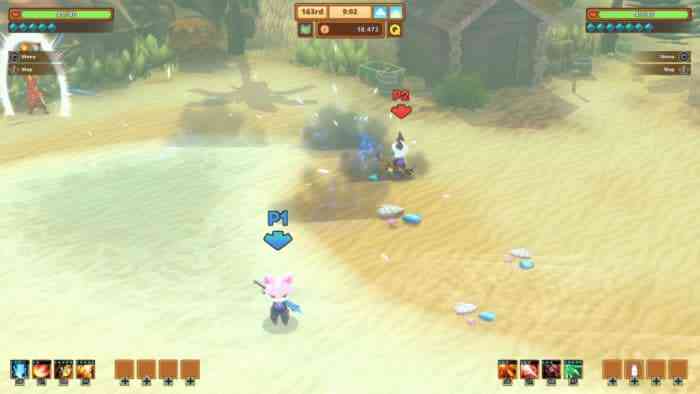 For this last issue, I’m really unsure if it’s a me problem or if it’s because of the game but whenever I play Kitaria docked, I can only play it for about 30-40 minutes before I get a message saying the console is too hot and needs to be shut down. Now, my switch is about 5 years old but I’ve never had this issue before. I did some further tests, playing it in handheld mode was completely fine and at no point did it need to be shut down. I then went ahead and tested out Dark Souls docked and also did a 4 hour Stardew Valley live stream and still never had that problem of my Switch needing to be shut down. I’ve tried playing Kitaria quite a few times with my console docked, even shortly before posting this review, and I still get the same warning message of my Switch overheating and shutting off.

Aside from that last issue, I absolutely adore everything about this game. If you’re a fan of games like Harvest Moon, Stardew Valley and Rune Factory, you’ll definitely like this title. It has a decent balance of farming and adventure, a solid story and the most adorable characters you will ever see. Since the game is pretty open, you can really go at your own pace, you don’t have to do any of the story quests right away if you feel like opting towards farming and gathering instead. Or if you think you can get away with a limited income, you can mostly forgo the farming and head straight into the adventure! Overall, Kitaria Fables is a wholesome and relaxed time. 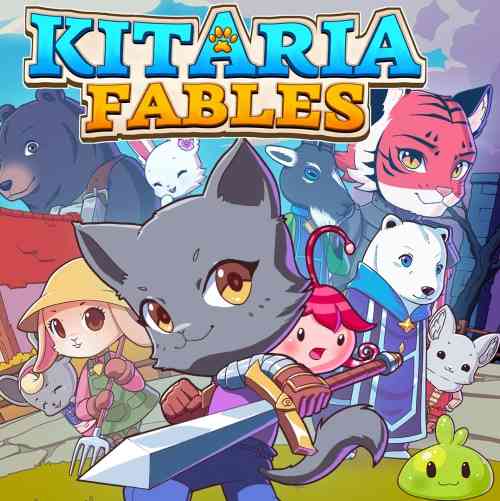