Ion Fury Review – A Bombshell Blast From the Past

Ion Fury is a brand new game with a very classic feel. A damn-near perfect throwback for us older gamers longing to re-experience those amazing first-person shooters that had such an impact in the ’90s. Ion Fury uses an updated version of the beloved Build engine, the same game engine that powered classic first-person shooters such as Shadow Warrior, Blood, and my personal favourite, Duke Nukem 3D. As Shelly “Bombshell” Harrison, you’ll blast your way through a vast campaign filled with all the action and mouthiness that you’d expect from 3D Realms.

Shelly “Bombshell” Harrison has been patiently waiting for her turn in gaming’s spotlight – and it’s about damn time that it finally happens. Originally, Bombshell was supposed to be a partner of sorts to gaming’s bad boy, Duke Nukem, in his most recent adventure Duke Nukem Forever – but she was left on the cutting room floor. In 2016, she finally debuted in her very own game, Bombshell, but unfortunately, it didn’t deliver as hoped. Which brings us to Ion Maiden, or at least, it was Ion Maiden, until some rock band decided the name sounded too similar to their own name. And so, Ion Maiden was reintroduced as Ion Fury, a prequel to the above-mentioned Bombshell, giving Shelly “Bombshell” Harrison another chance at gaming glory. 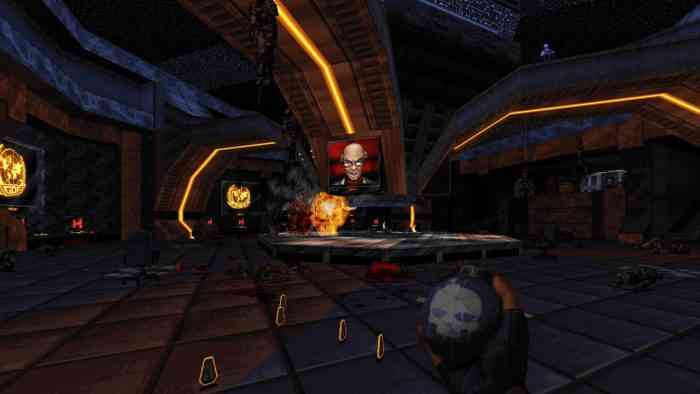 In Ion Fury, you’ll square off against the evil Dr. Jadus Heskel and his vast army of cybernetically-enhanced cultists throughout Neo DC. You’ll blast your way through each level, often having to find specific colour-coded keycards to advance to new areas. You’ll be armed with an array of hardware such as the Loverboy, a trusty revolver pistol, and the Disperser, a slick-looking shotgun. Each of the weapons has an alternate firing mode, adding some variety to the action. For those that refuse to leave no stone unturned, there will be dozens and dozens of secret areas to discover, filled with more ammo, health, and easter eggs. In fact, I’ll be blasting my way through Ion Fury a second time shortly after I finish this review, just to try and track down more of those secrets. There are some modern conventions included with Ion Fury. The game does provide the occasional auto-save, which saved me from being overly frustrated a handful of times. You can still manually save at any time, but sometimes in the heat of battle, you forget that’s an option. The game does offer controller support, but I couldn’t find any options to map the buttons or adjust the sensitivity. Seems like controller support was more of an afterthought, but I imagine a patch will resolve these issues. For now, I’d suggest just sticking with a mouse and keyboard.

Blast From the Past

Obviously, a game that uses the Build engine, albeit updated, is still going to look like a complete throwback to the ’90s. For those of us that grew up with those games, the visuals provide a fun nostalgic trip down memory lane, while still feeling fresh. A ton of care was taken in creating the game’s levels – whether it be a shopping mall, shooting range, or even the GDF headquarters. The attention to detail is such a treat. The game’s characters, bad guys and otherwise, are essentially flat, pixelated sprites, but it’s usually only when they’re seen from above or below that they appear like cardboard cut-outs. Of course, being a new FPS meant to mimic ’90s shooters, it was safe to assume the protagonist would be as foul-mouthed as any other ’90s FPS hero – and she is, and it’s awesome. She has no problem dropping the F-bomb and I often found her quips quite amusing. 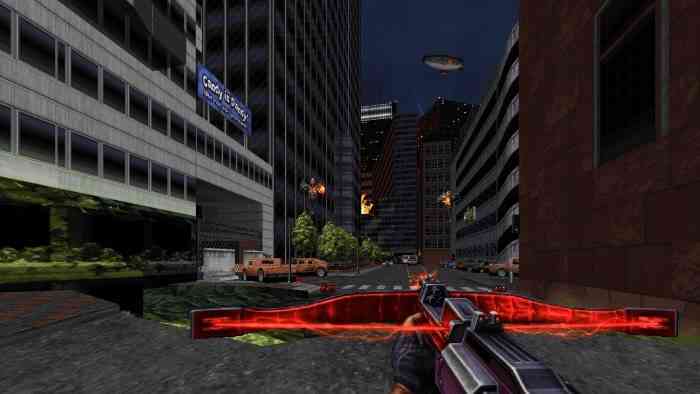 The biggest oversight with Ion Fury is the lack of multiplayer. Playing through this campaign with a partner would have been a blast – even better if they could have convinced Gearbox to lend Duke Nukem as the second playable character. Alas, all 3D Realms and Voidpoint are saying is “stay tuned” with regards to multiplayer. Whether that means we’ll get an option for co-op or if it’s more like a kill-or-be-killed deathmatch, it’s hard to say. Ion Fury features four levels of difficulty, so you shouldn’t have too much trouble finding the right balance for you personally. And if you’re having difficulties, well, there’s a handy Cheat Menu right there in the Main Menu. You’ll still need to figure out the actual cheat codes – but hey, that’s what the internet is for. The campaign is lengthy, featuring seven zones, which are comprised of multiple levels each. Nonetheless, expect a whole lot of content contained within.

Ion Fury was an absolute treat to play and truly felt like I was reliving my teenage years again. The action is non-stop through a vast campaign with a nice assortment of weapons at your disposal. The game is loaded with secrets such as handy item drops and amusing easter eggs. While it’s a shame the game didn’t launch with multiplayer, we’re told it’s being developed and will be added later. I was disappointed that controller support was a bit lacking and the lack of Steam Achievements was a downer. With that said, the game delivers where it counts. Ion Fury is an excellent homage to classic ’90s first-person shooters like Blood, Shadow Warrior, and Duke Nukem 3D. 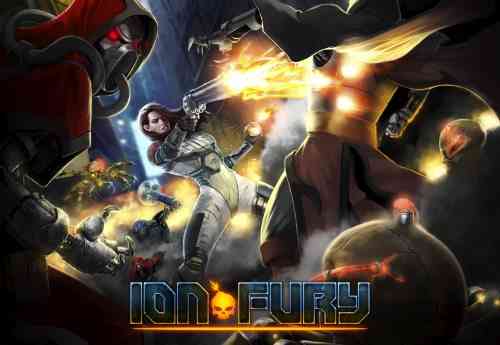 Crysis Remastered Trilogy Review – Almost as Good as It Ever Was
Next Mable & the Wood Review – A 2D Metroidvania With a Twist
Previous Zombie Driver: Immortal Edition Review – A Real Zombie Apocalypse Might be Better