It’s tough to imagine that Zombie Driver is ten-years-old. You would think in that time developer EXOR Studios would refine the game and address the complaints that many players have shared over the past decade. Unfortunately, the Immortal Edition of Zombie Driver is mediocre in nearly every way. Its mundane and dull campaign will have you feeling anxious for it to be over with and the sluggish controls coupled with a frustrating map make this an absolute chore to get through. Like you would a bite from a zombie, avoid this game at all costs.

A short, comic book style cutscene kicks things off. The depiction of the beginning of the zombie apocalypse here is completely run of the mill. We’ve seen this story a million times, and Zombie Driver does nothing to switch up the formula. The story is completely inconsequential and serves as nothing more than background noise to what’s happening on the road. Once the scene ends, you’re greeted by the voice of a faceless military general. While the voice over works, the rest of the voice acting is completely laughable. There isn’t even a shred of an attempt to convey stakes, which is curious, as the story is only pushed forward through character dialogue. During these mission briefings you find out what you’ll unlock upon completion of the mission and its secondary objectives as well as making purchases to upgrade your vehicles or weapons.

The missions themselves all blend into one another. Other than some slight variations throughout the campaign, you’ll be playing the same mission, over and over again. Some missions will take away the vehicles you’ve been upgrading, and will instead give you something different to use (tanks, trucks, etc). This is frustrating when they give you a vehicle that has no weapons, and you’re forced to simply drive through everything. These missions feel as if EXOR Studios knew they needed to do something for the sake of differentiating the campaign but couldn’t come up with anything to diversify the missions.

The supply of weapons you have to choose from is very limited. You’ll have a machine gun, rockets, a flamethrower, and a rail gun. As stated, these can be upgraded, but there are more powerful weapons than others. The flamethrower I found to almost be entirely useless. Regardless of which weapon I chose, the gunplay here is unsatisfying and left me wanting to play something more mechanically competent. Even the few boss fights you’ll have don’t attempt to engage the player, but instead devolve into a mess of cheap tactics to whittle down health bars. I may have been able to deal with the lousy gunplay if the driving made up for it, but it’s tough for me to pinpoint which of the two I liked less. 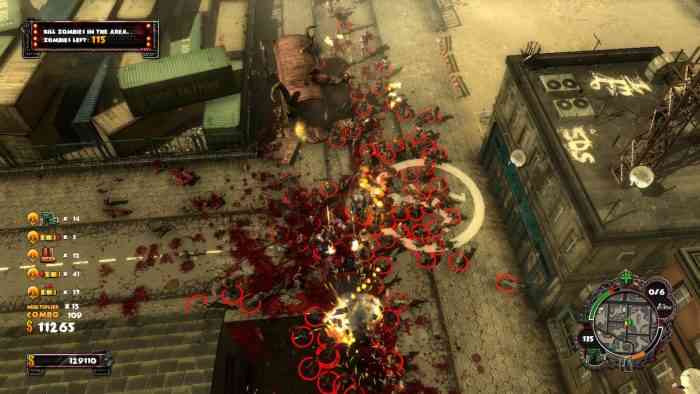 For a game that’s half about driving fast through a city, it sure is difficult to do so. Driving, for the most part, turns out to be a complete chore thanks to sluggish controls that have you feeling like you’re driving through mud, no matter the vehicle you use. Accelerating is stiff, and the game constantly throws assets at you that can’t be broken through. This means you’re incessantly stopping and starting. It’s extremely frustrating, as one moment you’re able to plow through 5 parked cars without a scratch, but then a stack of boxes will stop you dead in your tracks.

Navigating the streets wouldn’t be as big of an annoyance if the map was more inspired. Street after street, I felt like I was driving down the same block with nothing whatsoever standing out or catching my eye. There’s no reason to explore the world, but you wouldn’t want to anyways with how difficult it is to get around. At least as you navigate around the city, the frame rate holds steady through the most intensive moments.

Once you’re finished with the campaign, two other game modes await you. Slaughter is a survival mode where you try to last as long as you can while running over as many zombies as possible. The longer you survive, the more medals you earn, and the more stages you unlock. Blood Race is a tournament-style death race mode, pitting you against three other drivers in a race to the finish line. Blood Race is by far the best part of the game, leaving me to wonder what would have happened if this mode had been more fleshed out. It is begging for multiplayer though, seemingly built for racing with friends, however, you’re stuck with more meaningless AI opponents.

Zombie Driver is bad. In almost every conceivable way. It never really hits the mark on anything it attempts, leaving the player with a frustrating mess of interchangeable missions, a map that’s a chore to navigate, sluggish controls, and a story that you’ll forget before you hit the X button to close the software. You’d probably have more fun in a real zombie apocalypse. 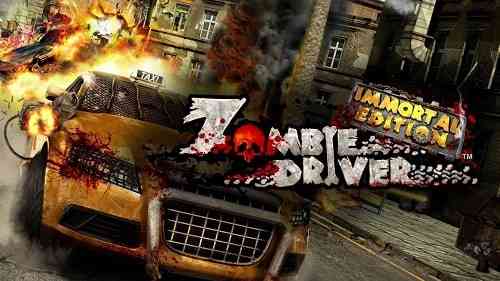 
X-Morph: Defense (Switch) Review – A Harmonious Blend of Madness and Strategy
Next Ion Fury Review – A Bombshell Blast From the Past
Previous ONINAKI Review – Simple, Familiar and Fun