We’ve seen a plethora of alien invasion titles where it’s a fight for survival for humanity to overcome the threats against these strange and destructive extraterrestrials, but have you ever wanted to see what the fight would be like fighting for the other team? Well with X-Morph: Defense by EXOR Studios gives you the chance to do just that in an interesting combination of tower defense and as a twin-stick shooter. I’ve played a few tower defense style games before and to be honest, I don’t really find them all that enjoyable, a tad boring if anything. However, with the added bonus of having a little spacecraft to fly around and shoot at the enemy humans, it really does spice up the general gameplay. Giving players more to do as there were will be more to pay attention to which makes for a much more engaging experience.

In the search for resources and materials, the aliens have locked on to Earth as the perfect mining resource. Landing down in critical cities and countries all over the world, you’ll be tasked as the commanding general, ordered to protect the core and defend it from the inhabitants of the world and to crush any resistance the humans send our way. With a take no prisoners attitude, this is certainly a hostile take over.

Players will take command of an airship tasked in protecting the core as it sucks up Earth’s resources, shooting down tanks and other air units that threaten your base, which acts and plays like a typical twin-stick shooter. Before each wave of troops begins, you’ll use your commanding officer to construct towers around the map in your ship’s ghost mode. These towers and laser fences once connected to another tower will help slow down the enemies and can also be used to obstruct the enemy pathway, forcing the intruders to take a longer route to reach the core. The towers you will be placing is done easily, if not a bit awkwardly at first, and with a certain amount of resources can be upgraded depending on the needs of the level. You can sell towers which will provide you with the same amount of resources initially spent in creating them however relocating the towers saves you time so you won’t have to rebuild and upgrade it again. Moving the towers will also help reconnect its laser fence to any others that it was connected to beforehand. 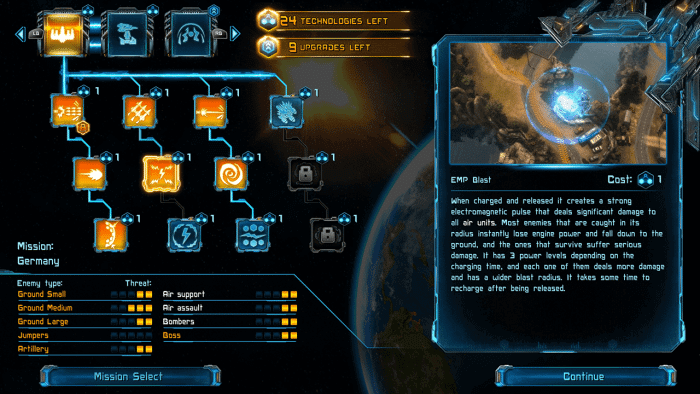 With a large arsenal of weapons and upgrades at our disposal, you’ll be able to spend your technology and upgrade points as you see fit. Whether you want to upgrade to more powerful towers or to different weapon types for your commanding ship to better handle ground or air units, which can all be done in between campaigns.

As a twin-stick shooter, commanding your ship and exploding tanks is incredibly fun. As you utilize your ship in ghost mode to simply place towers on the map, you can also use this as an advantage to your gameplay as well as you’ll essentially become immortal. You can use this feature to avoid being shot at and with future upgrades, you’ll be able to get around the map quickly and even “ghost” your way through buildings and trees. You won’t be able to shoot while in this mode however there isn’t any real downtime when switching in between the two.

With added sparks and flames, the UI is highly complex and adds stunning visuals during gameplay which is carried over into their front-end menus as well. X-Morph also plays like a good B-Movie that you would love to hate with its cheesy dialogue between the two sides and even when you’re skipping through a cutscene, it fast forwards in a way that’s reminiscent to a good ol’ VCR. 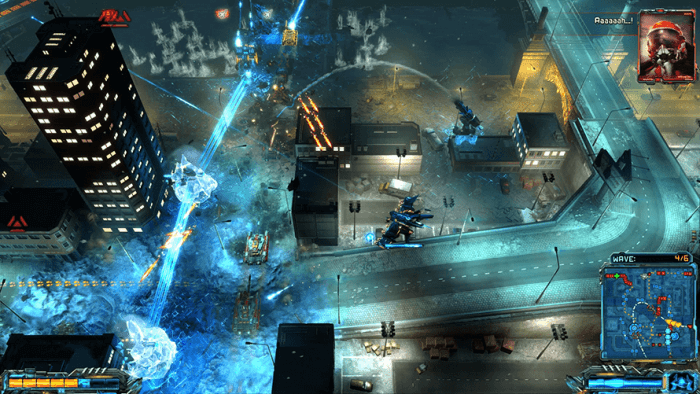 The story mode itself has you taking over 14 different global locations with each mission consisting of 5+ waves, all climbing in difficulty. Once you’ve finished this, you can then enter any of the unlocked territories in Survival mode to see how long you can hold off against the human enemy. With about the 10 hours of gameplay in story mode, if you find yourself wanting more, the game will also be offering 3 DLC packages which will bring us a variety of new missions, locations and new survival challenges.

As X-Morph was originally released almost a few years ago on PC and also on other consoles as well, this game plays incredibly well however can feel a bit awkward at first. Not to mention when playing the game in handheld mode, I did notice my battery life depleting faster than when playing other games. For someone who does their gaming primarily on the TV anyways, I didn’t find this much of a problem but for those who like to game on the go, be wary of your battery life and maybe have that extra charging brick with you just in case.

Folks who like tower defense and twin-stick shooters should enjoy X-Morph: Defense on the Nintendo Switch. The experience offers up a ton of variety and the replayability factor is high. Not to mention the level of planning and strategy required only adds to the enjoyment. And well playing as the bad guy’s rock. 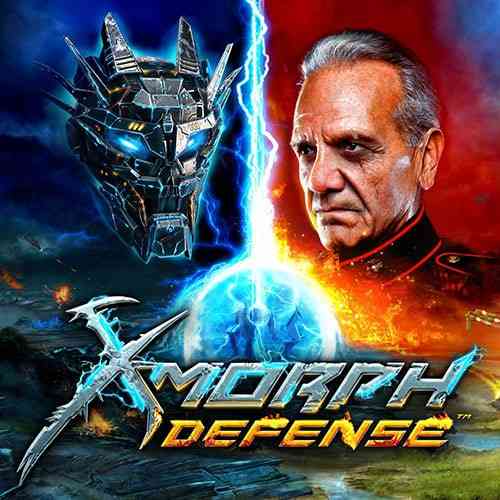