I Expect You to Die 2: The Spy and the Liar Review – Die Another Day

I Expect You to Die 2: The Spy and the Liar Review

2016’s I Expect You to Die earned high marks from gamers and reviewers alike for its fun spy-thriller gameplay, great writing and slick production values. The sequel, I Expect You to Die 2: The Spy and the Liar doesn’t necessarily push the series in bold new directions but it does deliver another worthwhile and well-crafted VR adventure that’ll have you once again using your wits to escape from sticky situations (and yes, still dying A LOT).

In I Expect You to Die 2: The Spy and the Liar, you are a spy tasked with 6 missions, each of which is a seated, escape-room style puzzle demanding your full mental effort to make it out alive. The overarching story that connects these episodes involves the evil corporation Zoraxis, who are working with famous celebrity John Juniper (Wil Wheaton, in a wonderfully smug performance) to unleash evil on a global scale.

Each mission takes you to different locales and scenarios, but the objective is the same: figure out how to escape without being gassed, blown up or any number of other hilariously-horrifying ways to die. But let’s be clear: like in the first game, you’re, well … expected to die — over and over. In fact there’s no way to avoid it sometimes, no matter how hard you try. And it doesn’t help that you’re not given specific objectives in each mission — it’s very open-ended how you solve each puzzle; that is in some ways a good thing but it could be frustrating at times. At the very least though, like the recent 12 Minutes, you’ll take vital new knowledge into your next attempt and eventually survive. 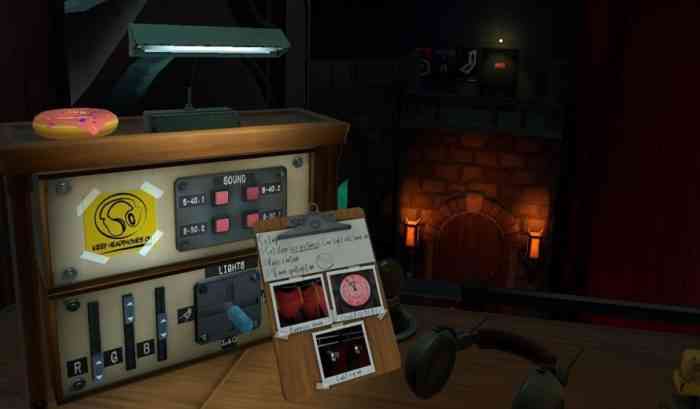 That’s especially evident in the opening credits, which the developers apparently put a lot of effort into, and the result is an opening extravaganza that would do any Hollywood blockbuster proud. It features a 007-style musical number replete with animated visuals that will pleasantly remind you of the movie Casino Royale. But I Expect You to Die 2: The Spy and the Liar shows a loving touch from start to finish, in its endless little spy-movie details that had me checking every drawer and reading every poster so I wouldn’t miss any fun surprises.

A View to a Kill

I do suggest, however, that your seat while playing is a swiveling stool rather than a big easy chair, because one gripe I had with the movement was all the reaching and twisting I had to do in order to reach levers or objects behind me. This would make for some awkward behind-the-back stretching if you were to play I Expect You to Die 2: The Spy and the Liar in bed (a common VR practice for me) or a big chair with a back. Even on a freely-moving chair, there was so much contortion involved that I felt at times like I was playing a VR game of Twister.

Another small quibble with the controls is the sometimes-finicky targeting. When trying to manipulate thin, small or far-away objects, it was sometimes a pain to highlight them in order to grab them. When you combine that with the fact that you’re also often twisting your body in weird directions to begin with, I Expect You to Die 2: The Spy and the Liar’s controls can be frustratingly tedious to deal with sometimes.

Some awkward reaching
Controls can be finicky
A few frustrating moments