Tetragon Review – An Addictive World Turning on Its Axis

Tetragon is a 2D puzzle platformer that drops you, quite literally, into an entirely new world. One that’s complex and full of surprises. Let me set the scene. You’re in an alternate plane of existence, as Lucios, on a journey to find your son Jerry. The only thing that stands in your way is the completion of a puzzle…or two….or three. Honestly, be prepared to get completely sucked into this magical world because you’ll be here a while. It’s just that addictive.

Tetragon begins with illustrative cut scenes to tell the story. Lucios and Jerry are peacefully existing in the woods together when suddenly Jerry disappears and in his place is a green, glowing shard. Cut to the next scene and Lucios is about to make his way through an unknown portal in search of his son. From here you’ll spend anywhere between 3-4 hours (and potentially more depending on your puzzle-solving skills) in a new and ever-changing square world. The story isn’t what continues to pull you through to the end, but it’s a nice touch and it gives you something to play towards. It feels like the cherry on top of a fantastic experience.

The Gravitational Pull Can Be Deadly

In the first couple of levels it’s all about learning the game without it feeling like you have to get through a tutorial first. There aren’t any columns to rotate or ledges to die from jumping off of and it eases you into the next few hours rather nicely. But once you find a lantern that allows you to rotate the world you’re stuck in the complexities start to build. Some puzzles are more straightforward and easier to solve than others. And just when you think it’s becoming all too easy or a bit repetitive, suddenly there are fiery columns and spikes set to kill you if you make one wrong move. Or if you’re not quick enough. Be wary of the red indicator that shows up when you’re on the edge of a platform/ledge – if you jump down you’ll die and have to restart from square one.

With each completed level your sense of accomplishment will continue to grow. After 40 or so of them, 3 different worlds, and a boss battle you’ll be yelling from the rooftops for everyone to hear. Yes, it’s going to feel that good when you get to the end. But it’s not going to be without hardships. Tetragon should come with a frustration guarantee. You are going to need to take a break or two while playing through Tetragon for as enthralling as it is, you will be angry after you’ve died 5 times in a row on the same level and still aren’t sure how to solve it. This isn’t a detriment to the game, however, as most puzzles have their fair share of frustrations. Some levels are truly amazing brain teasers and as a puzzle game that is one huge part of the fun. So of course, you’ll be right back at it after your brain break. Plus, it helps that the level design is so good. 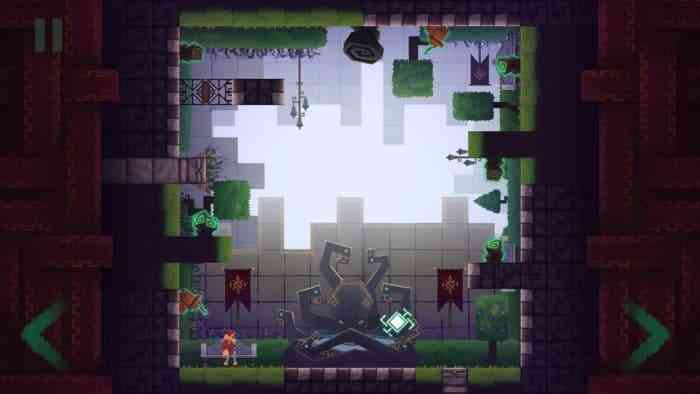 While Tetragon will challenge you in new ways as the levels progress, it revels in its simplicity where the controls are concerned. Since most of the work is actually mental, the physical toll on your hands is rather minimal. In addition to moving Lucios around players have to simply use the analog sticks and press R1 and L1 to toggle through which column to move and then R2 and L2 to rotate the entire level. Cafundo Estudio Criativo Eireli definitely didn’t want to inundate everyone by the use of complex controls. Again, they let the level and puzzle design shine through as the star from beginning to end.

Complexities Begin To Add Up

With that said, the analog stick controls are a bit too finicky. At times trying to move the columns smoothly, yet quickly, was frustrating. I’m not entirely sure if the controls would’ve felt better if there was an option to change the sensitivity or if a shift to the D-pad is the answer. Either way, a few more options to accommodate player preferences would have been appreciated. That said, I can understand why Cafundo Estudio Criativo Eireli didn’t make these options available. In fact, they seem to pair with the complexities of the game and lend to making some puzzles even more difficult. Same goes for the lack of a checkpoint or rewind option. If you die (and you will) you have to start from the very beginning. Now for the first world this might seem like a minor inconvenience however as the levels increase in difficulty so too will your frustration when dying. Especially if you were oh so close to getting to the door/portal to take you to the next level. Hence the need for breaks throughout your journey to the end of Tetragon. 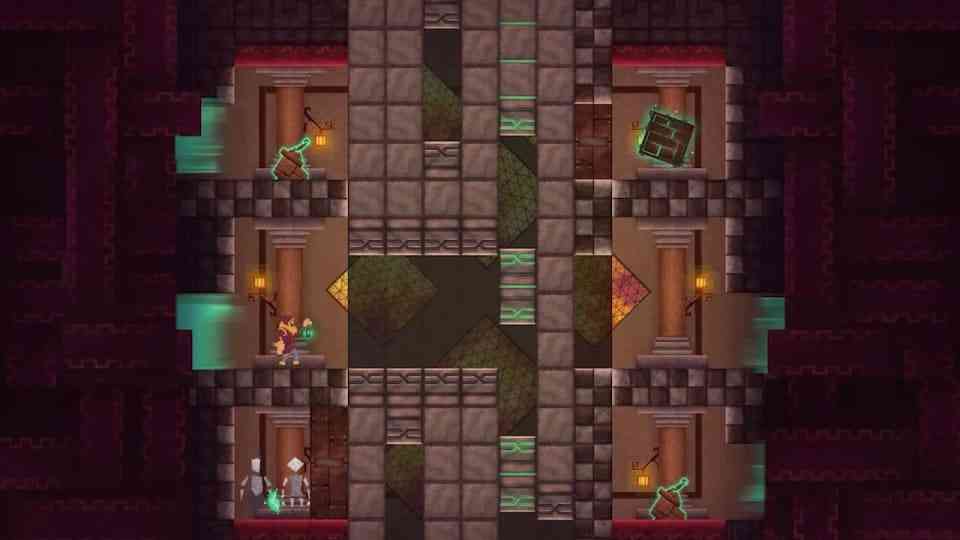 It’s hard to stay mad though because Tetragon is bright and colorful and the different whimsical notes of the music are calming. On the PS5 (playable via backward compatible) this game is stunning. Graphically it nails every single component. The level backgrounds seem extra bright, the columns are the perfect shade of grey and the pulsating green glow of side portals and shards are wonderfully distracting. Even when you’re feeling frustrated it won’t take long for Tetragon to lull you back into a state of peace. Its soundtrack fades nicely into the background yet really brings with it the magic of this world. In fact, it perfectly matches the level and puzzle design to give the game an almost fairy tale feel to it. There are occasional glitches where Lucios will get almost stuck in place as you’re shifting columns around, but these are far from game-breaking.

If you’re looking for a few hours of fun and excitement or if you’re looking to test that ol’ noggin of yours, Tetragon should be on your list of must-play titles. It’s just $15 USD so it’s well worth the price of admission. The developers really knocked the level and puzzle design out of the park for an overall incredibly captivating experience. Tetragon truly is a magical and addictive world to get lost in. 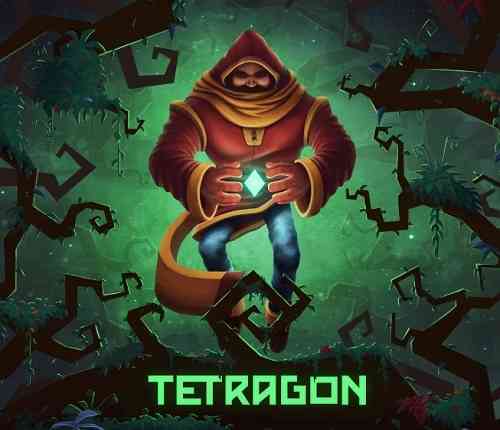 Flynn: Son of Crimson Review – A Short Enjoyable Walk With My Dog
Next Humankind Review – Settle Down, Everyone
Previous I Expect You to Die 2: The Spy and the Liar Review – Die Another Day