Quake is one of the founding pillars of the entire FPS scene. Even if you haven’t played it, you’ve likely played something influenced by it. So a remaster needs to be more than a simple coat of paint. You’ve gotta put some real work in. Thankfully, NightDive and id Software have done exactly that. The brand new Quake remaster is a massive collection of modes, expansions, and upgrades worthy of the FPS legend. This iteration of Quake is just as you remember it, and then some.

I played the PS4 version. This is important to note, as it doesn’t run perfectly on the PS5 just yet. At least for me, I had to go back to my PS4 for the add-ons and multiplayer sections to run smoothly. This also meant I had access to the gyroscopic controls. They’re… fine? Aiming by moving the controller isn’t useful on its own, but it sort of supplements the standard aiming system. Or at least it’s meant to. I never got so annoyed or disrupted that I shut it off, but I never felt like it helped me out, either. Otherwise, playing with a modern controller was seamless. I was back to my old skill levels in no time, meager as they were.

The first Quake has a soundtrack cooked up by Nine Inch Nails, which I’d forgotten about until very recently. Every track pulls off this heady blend of ominous, tense, and violent that defies belief. Trent Reznor dug deep for this album, for which I’m very grateful. You find it on Spotify if you’re so inclined. As for the visuals, this game is still kind of ugly. Kind of really ugly. But that’s the whole point! This is a brutal world you’ve been dropped into, and it shows. If nothing else, every texture is extra crisp, and the framerate is proper smooth. This is as good as a 25 year old game could be expected to look. 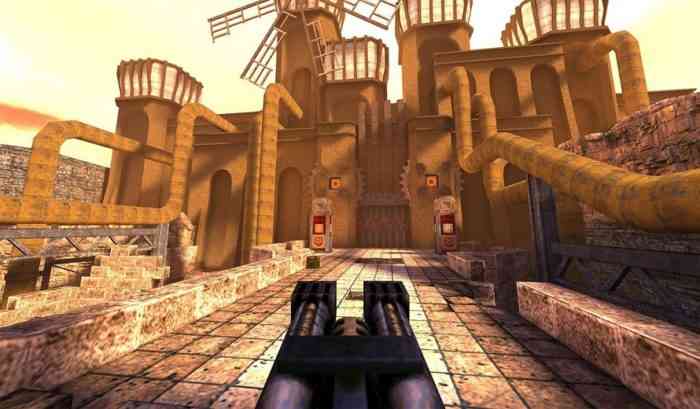 You’ll have immediate access to every campaign, including Scourge of Armagon, Dissolution of Eternity, Dimension of the Past, and Dimension of the Machine. That last one is a new campaign cooked up by MachineGames, the team behind the new Wolfenstein series. On top of that, the remaster comes with console mod support. Apparently this means immediate access to Quake 64? If that’s a version you’ve dearly missed, you’re in luck! Now you can play it without using the N64 controller, which was clearly never meant for human hands to hold. In the longer term, this means even more Quake content being drip-fed to the player base, which is always good. An then there’s the multiplayer.

The Gibs of Days Gone By

Really, Quake is two completely different games. The multiplayer is a frantic, cacophonous hellscape that’s quite hard to put down, even to this day. One round of 8-player deathmatch and I was having flashbacks to my teenage years, bursting into bloody chunks amid a rainstorm of rocket fire. It’s pretty great, is what I’m getting at. Getting a match going is painless, so long as your Bethesda account is working as intended. There are PS5/Series X versions planned, but for now the multiplayer works on PC and the other consoles. Once I moved back to my PS4, I was up and running almost immediately.

Rather than score the game itself, what follows is an evaluation of the remaster. On that front, this is a fantastic release. I ran into a slight snag running it on the PS5, but that was it. Between the five campaigns, the console mods, and the multiplayer, this is a lot of bang for your buck. The controls are intuitive, the graphics are crisp, and the soundtrack is still excellent. I wish you weren’t tied to your Bethesda login, but that’s a grievance I can live with. As far as versions of Quake go, this one is exemplary. The platonic ideal, one might say. If you’ve found yourself missing those frantic, gib-centric days of chunky violence and blistering speed, Quake Remastered is exactly what you need. You really can’t get more Quake than this. 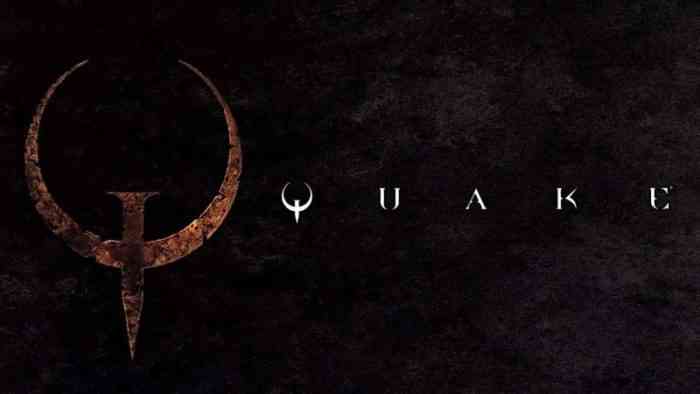 Starfield Releases First-Ever Gameplay Trailer
Next I Expect You to Die 2: The Spy and the Liar Review – Die Another Day
Previous I Am Dead (PS5) Review – Beautiful Journey Between Life and Death