Is Crunch Culture Worth It?

John Carmack, founder of id Software, recently appeared on the Joe Rogan Experience podcast to talk about crunch culture. As an industry veteran, with titles like Doom and Wolfenstein under his belt, Carmack has been in the trenches and has some interesting beliefs in the culture as a whole. 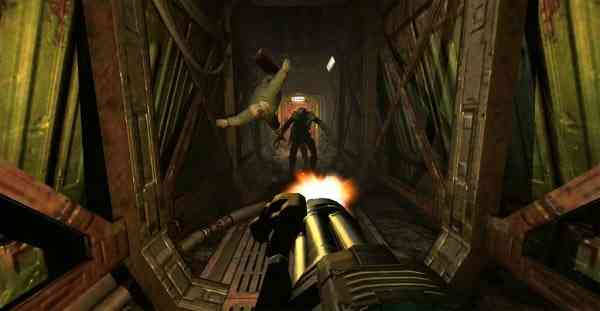 Amid debates and companies like Rockstar and Behaviour Interactive changing their internal policies to combat crunch culture, Carmack has a different take on long hours. Unlike other big sectors in technology that are known for good wages and benefits, the gaming industry is generally worse off according to Carmack. However, he believes that passion leads to these long hours, workers really believing in the art.

“You look at the game industry; it doesn’t pay as well, there is less job security, and they work you a lot harder,” he said. “There is the problem of the fact that when you have an industry–and this has been the way for artists forever–where if you’ve got something that people are passionate about and want to be involved in, supply and demand works its way and you wind up in a situation where they don’t have to be paid as much.”

This leads to Carmack’s main point: if someone is passionate enough about games, they should be allowed to work long hours. He believes that hard-working people working long hours have produced some amazing things. Without those hours and passion, some of gaming’s greatest products wouldn’t exist.

Because of this belief, Carmack also doesn’t fully back unionising, a hot topic in the gaming industry for years now. But Carmack also acknowledges that his perspective comes from a place of privilege as the founder of his own company.

“I always have to argue against that. There is a power to obsession where being able to absolutely obsess over something … Instead of work/life balance, it’s your life’s work. Everybody will point back [to me] and say, ‘Well that worked great for you; you’re the founder of a company; you were in a position where you got to make your own decisions.’ But is that OK to say for the 19-year-old out of a game dev program that’s being overworked? I have to always be aware that my view into the industry is obviously very coloured by my experiences. I never actually worked inside of one of the big EA or Activision studios.”

Carmack knows that employees sometimes want to work long hours. With unions, even employees working long hours of their own free will could be stopped. In the end, Carmack believes that if an employee is doing good, hard work during work hours, they have no reason to stay any longer.

What Can We Expect From Another Doom Game?
Next
Awesome PlayStation Flash Sale Offers 50% off a Variety of Titles All Weekend Long
Previous
Gears 5 Co-op Has a 3 Player Option with Puzzling yet Realistic Reasons