Halcyon 6: Starbase Commander Review – A Diamond In The Rough

Halcyon 6 Is A Gem In the Making

Halcyon 6 coined itself as a “retro sci-fi strategy survival game with base building, tactical combat, crew management and emergent storytelling.”, and it hit every single one of those genres on the head, amazingly enough. Too often, a game tries to be so many things at once, and often ends up tripping over itself. The folks at Massive Damage, Inc. have really locked into something with some serious promise, and while the game is technically out of early access, it still feels like there is room for improvement. Unlike the derelict spaceship you make your base of operations out of, it’s a polished offering, and worth a serious look in its current form.

Right off the bat, we’re treated to a fairly involved tutorial, and for those unfamiliar with 4X-style games, these are often very important as games in this genre tend to err on the side of involved, rather than straightforward. Part of what I liked so much from Halcyon 6 however, is how focused the team was on streamlining the process, and it pays off quite effectively for the title. The base building, diplomacy, combat and general gameplay are all very, very polished, but some portions of the game definitely fall within the “retro” side of things. There are a lot of great ideas here, and while Halcyon 6 struggles to make them mesh perfectly, it still does a good job at creating a fresh take on the genre. 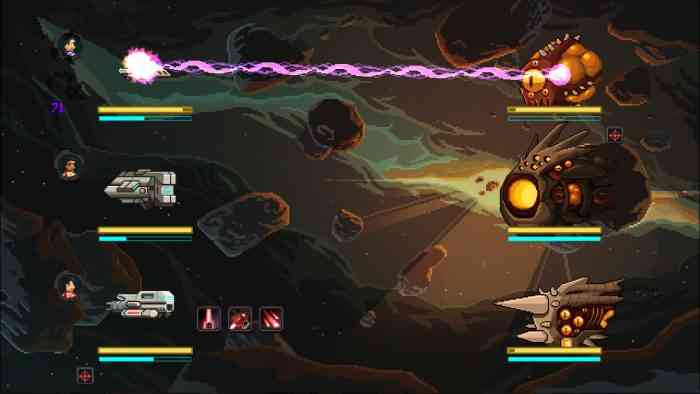 Despite its seemingly linear nature, the title really opens up once you clear out the initial few pirate ships. They aren’t anything intimidating, but the earlier encounter in the tutorial shows that combat can quickly sway in favour of either side, as it adopts a style of combat similar to Shin Megami Tensei. Making use of various abilities, and one of three major skill trees, your aim is to not only do as much damage as possible, but to debuff and exploit enemy weaknesses. The same applies to our team though, and as you employ various Tacticians, Engineers or Scientists, you’ll need to be wary of particular attacks. As you exploit attacks, the exploits/debuffs are removed soon after, showing off a really intriguing mechanic behind the combat that helps make it feel incredibly rewarding to play. Combat isn’t the only key factor to take into consideration though, as you aren’t alone in this universe.

“An intimidating UI and a stark jump in difficulty prevent Halcyon 6 from true greatness, but the game in its current form is still quite unique, and unlike anything I’ve ever played before.”

You have six other factions to contend with, ranging from impersonal robotic collectives that are unusually peppy to the greedy Yabling League. Each race has their own behaviours, and diplomacy will rear its head in the game as you are forging your way through the universe. It’s not as deep as other 4X titles, but again, this is where Halcyon tries to streamline things and it works well enough. You can create relationships, turn races on each other, or fight off everyone. How you interact with the other factions has a noticeable impact on your game, and having a friend or two to cover your back can help make all the difference in the world, especially when dealing with the pacing issues that are apparent in the game. There doesn’t really feel like a there is a smooth transition between acts, and Halcyon 6 definitely suffers for this.

Between the first and second acts of the playthrough, there’s a noticeable jump in difficulty. The seemingly endless cosmic horrors start to spill forth from portals, and while there is a brief window in which you feel incredibly strong, the game soon becomes a tense struggle. Resource and base management becomes especially important, and it feels like at times that even a single misstep can be costly. This may have just been due to me still being unfamiliar with the game, but it felt like a huge contrast to the seemingly plentiful space I was making my mark in before. I’m not against a bit of challenge at times, but the late-game could definitely use a bit of work, especially as the game will be receiving stretch-goal content for quite some time after release.

One thing I have to applaud Massive Damage for as well is their sheer dedication. The game has been out for just a hair over a week, and they are already actively engaging the community, detailing plans for the coming content and feature updates for the game that are to be delivered at later dates. It’s nice to see Early Access titles stand on their own two feet, and I feel like with just a bit more work, Halcyon 6: Starbase Commander could go from standing on its own to soaring through the stars like Massive Damage intended. For those who want a fresh take on the 4X genre with charming graphics and tight combat, you could sink some serious time into this game, without question. I feel the title of this review is rather apt, however. Make no mistake, I really, really liked Halcyon 6, but there are just so many great ideas in play, that it frustrated me to not see them mesh better. I’m sure once all the stretch goal have been delivered that we’ll see how Halcyon was meant to be played, but until then, there’s still plenty of content to keep you busy, and Halcyon 6 gets my praise for trying to do something fresh.

**PC Code was provided by Developer** 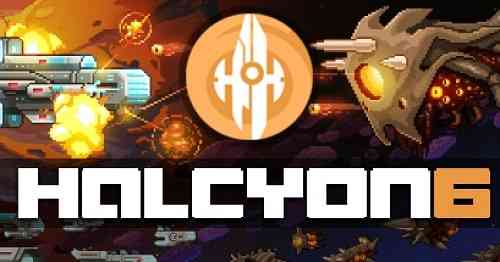