Developers over at Magnetic Realms have fond memories of the early years of console gaming when platformers were all the rage – specifically games like Metroid. I can say this with certainty because their game Exile’s End, is so much of an homage to that era that it actually features an option called ‘Old TV Effect’ to make the visuals grainier. So, does a game in 2016 that harkens back nearly 30 years work? It works out great if you loved the genre and the time frame – otherwise though…

I should probably lay this out there; when I first started into gaming, I was more of a Super Mario kind of guy. Games like Metroid, really the only game from the era and genre that I can really relate to, were never for me. The secret passages, the destructible walls and the slowly upgrading weapons that never quite match up to the strengths of your foes were all just a little bit much for a youngster who was still just a budding gamer.

So, when playing Exile’s End there was a lot of appreciation going on, but man, was I frustrated! You play a disgraced soldier who is on a mission to find out why a mining colony has gone silent. While investigating, your ship crash lands and you must help recover the crew. You discover the corporation that sent you has been doing some questionable digging around a lost alien civilization. This leads you to jumping around the alien world as you fix your armour and uncover new weapons to help you navigate the ever complicating map and fight off the increasingly difficult foes that occupy the world.

The thing about Exile’s End is that it fully and utterly recaptures that nostalgia to the point of also capturing some very frustrating gameplay elements. For instance, the game features a very set screen that you move through as you explore, but since it is a platformer, the screen often doesn’t show you everything. So, the game offers you the option to be able to look below you by moving the camera. I should probably point out here that, as is another point of the games of that era, there was no pointing that option out to me – I had to discover it myself and it came after several deaths and completely by accident.

What this design layout does, much like it would when I’d play Metroid, is force me to stop playing and weigh out my options to make a choice. Examining an area to make sure I can safely leap or timing out when to make the leap dramatically added to the game time. Replaying certain areas where I became familiar with the layout went by substantially quicker since I didn’t have to map things out. So, the majority of the gameplay isn’t so much the actual gameplay, as opposed to making sure you don’t die. 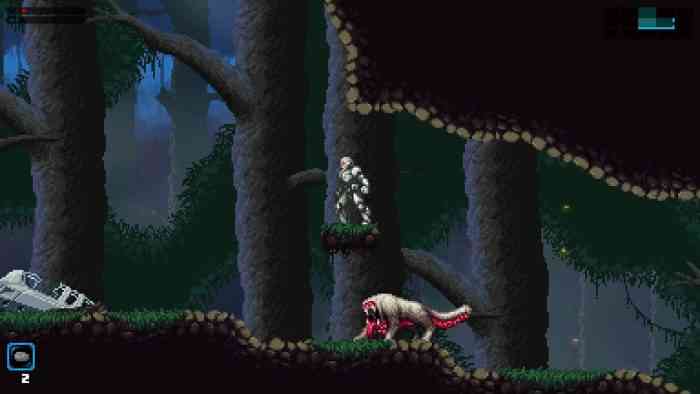 This is offset by something called ‘survival’ mode, where you have to slay all the enemies on a map in an ever-shortening amount of time. It’s certainly far more fast paced as you have to race around and kill enemies, but it certainly accentuates the combat issues. It’s pretty much a game of precision where you can’t mess up, not even once. It’s another call back to games of old, something that a gamer like myself was happy to see get augmented as time has gone on.

I would be remiss if I forgot about the absolutely beautiful art design in the game. The painted backgrounds are always beautifully done and even while capturing the painted backgrounds of a time past, they still pop and are beautifully sculpted, even when you grain them out like on an old TV. The music is also a delightful throwback to the 16-bit era, even if it does loop a bit too often. All in all, the attention to detail in recreating another era is pitch perfect in its execution.

“… the complete care and dedication that went into recreating an excellent replica from the 8-16 bit era certainly helps offset the frustration.”

This seems like an overly negative review and I would like to make sure that it certainly is not. Yes, there are very frustrating aspects of the game, but the complete care and dedication that went into recreating an excellent replica from the 8-16 bit era certainly helps offset the frustration. Keeping these choices was out of respect to what they were trying to make and the fact that it upsets a gamer spoiled by things like tutorials, HUD maps and upgrades shouldn’t dissuade someone who longs for days gone by. Having recently read ‘Ready, Player One’, this game brought an angry smile to my face as I realized just how much work and dedication went into beating and mastering these games all those years ago. Dedication that clearly I do not have!

If you miss playing things like the original Metroid and the like, then this is a game for you. With a mere 126 MB download, it won’t even take a huge chunk out of your hard drive. If you just want to play a game that brings you nostalgia, you want to know what it was like to play a game 30 years ago or you just want to show your kids how good they have it – Exile’s End has faithfully recreated that. Just know that’s what you’re getting into if you decide to. 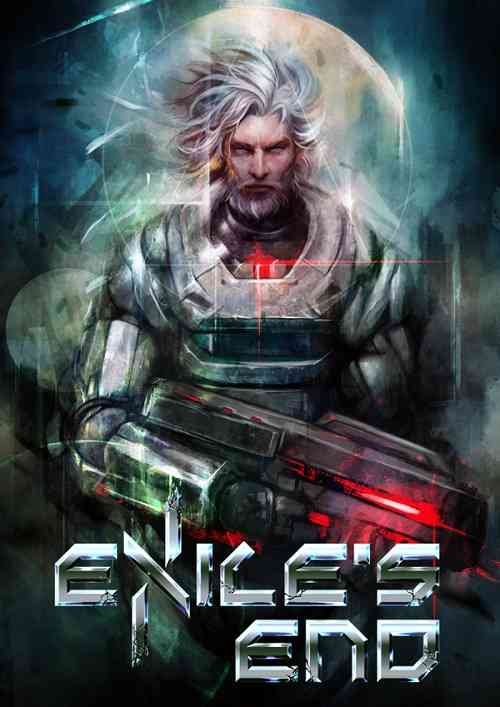