DESYNC pits you against a host of murderous polygons in a series of relentless FPS-style challenge rooms. The high difficulty level and the supercharged soundtrack are sure to rack up your adrenaline. There’s no narrative here, just a tantalizing progress bar, and that’s just fine. Once you step into this psychedelic murderverse, you’ll find no shortage of motivation to continue. Even after the slow-motion deathcam pans between your murderers for the fifteenth time, you’ll find it in you to give it one more shot. DESYNC practically demands you try again.

I’ve played a number of games recently that look to the 80s as a source of aesthetic inspiration. DESYNC takes this a step ahead, with the first wave of the new retro renaissance as its progenitors. This game doesn’t feel like the neon glory days, which is honestly refreshing. I’m looking forward to more games like this, whose strongest influences are decidedly more modern. It’s either that or one of those games they play on a TV show, the one that looks so much cooler than anything actually available in stores. Daniel Deluxe does a fantastic job with the soundtrack. There were times when I hung out before respawning, just to focus on the music. The songs alternate between dreamy, tense and sinister. They add an extra layer to an already enticing creation.

“DESYNC requires a special blend of patience and precision. It’s a raw power buried way in your guts that this game just might awaken in you anew.”

Playing this game has revealed to me the threadbare guts of problem-solving in all games. DESYNC is a shooter on the surface, a crunchy slab of high-concept FPS challenge that arouses the senses and overwhelms the palate. Underneath all the bloody neon trappings are puzzles. Actually, playing this game made me realize that puzzles and problem-solving are the steely bones under every gaming experience. This isn’t news by any means, but something about being forced to replay stages over and over until you get them perfect opens your eyes to the elegant structure within. You watch that blue-and-gold bruiser with his life-ending sledgehammer come around the corner for the 30th time, suddenly he starts looking like a single cog in a complex machine. Two shotgun rounds, dodge his counter. Weave left, wait for wave two to arrive. Draw them to the spike traps. Three more shotgun rounds, collect the health drops. Quick 180, back and to the right. Here comes the long-range dragoon. Even going back to these stages later, all the steps are sewn into my muscles. My execution this time is graceful and quick. Still, all of this gives way to grinding frustration at the next roadblock, the next spike in difficulty. 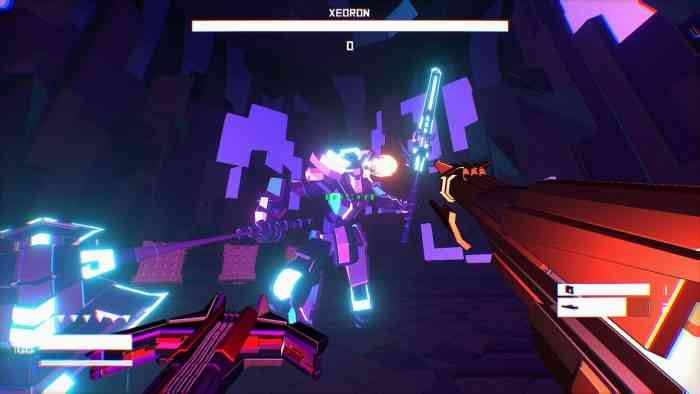 Successful combos in DESYNC are a wonder to behold, though performing them is another matter. Although the combo system is a major focus, these sweet setups have to be earned.  On the other hand, you could beat the game without ever intentionally pulling them off. This game is built from the bones of shooters like Doom, Quake and Serious Sam. Your greatest weapons are practice, precision and persistence. Health and ammo restoration is awarded based on your performance. If you play well, you and your ammo last longer. If you miss your shots or mess up your movements, your weapons will deplete themselves in seconds. Every mistake can easily be a fatal one. The levels are short enough you can breeze through them once you know what you’re doing, but learning those steps is a costly endeavour. There’s a special frustration that comes from dying at the last wave, only to start over at the first one. You get furious, pushing through them as fast as you can in order to get to where you got stuck last time. Of course you’re killed before you get there. DESYNC forces you to calm down and focus. Deep breaths. You know the steps. You can do this. 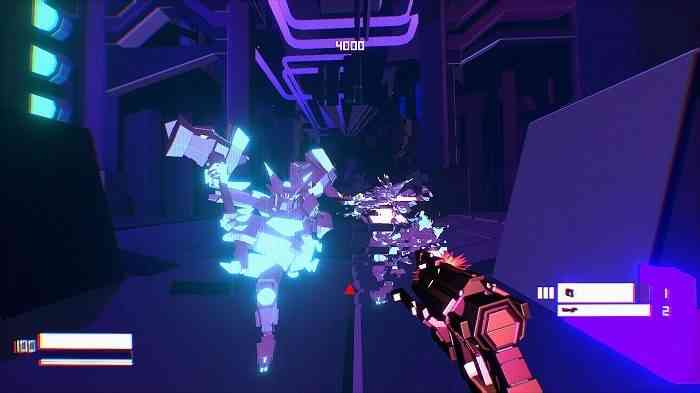 I wish DESYNC had proper controller support. I know, playing with the keyboard is a purist experience harkening back to the early 90s. But there were so many times I got annihilated because I panicked, dodged the wrong way and got the slow-motion bleed in, asking me if I wanted to reconnect, to try again. I can’t help but feel like things might have gone differently with a controller at hand. The combo system can be figured by trial and error, you can get through even the weirdest menu setups, but I really missed having a controller for those high-tension fights.

If cover-based, regenerating shooters have gotten you feeling bored, then DESYNC will be right up your alley. This game won’t give you any easy outs like safe spaces to crouch. You can’t walk off a near-fatal error and be good as new. Every move in this game has to count, every shot needs to hit dead-on. When you get it right, there’s no feeling like it. You’re a surgeon with a shotgun. You’re making art out of glowing chunks of enemies falling like rain. Getting there can be really frustrating, though. The upgrade systems are buried in a series of cryptic menus, the only tutorial is successfully pulling off a new move and every new level is teeth-grinding for this first few times you play them. DESYNC requires a special blend of patience and precision. It’s a raw power buried way in your guts that this game just might awaken in you anew. 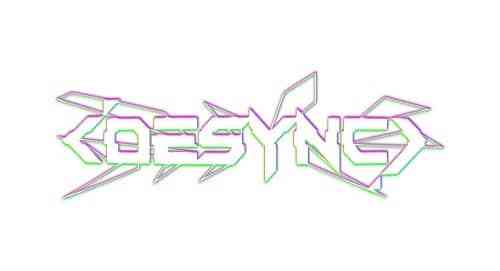