Last year, we reviewed a fun, albeit flawed, Burnout-style game called Danger Zone that was developed by Three Fields Entertainment. Three Fields Entertainment was actually founded by ex-members of Criterion Games, the studio that made those great Burnout games. So in many ways, Danger Zone was a spiritual successor to Burnout. Now, a year later, we’re getting behind the wheel of the sequel, Danger Zone 2. The developers have definitely taken some big steps forward with Danger Zone 2, but unfortunately, there are still a few nagging flaws that drag this otherwise fun title down.

Cause You’re In The…

Danger Zone 2, like its predecessor, is to drive your vehicle to a predetermined “Danger Zone”, crash, and cause a shit-load of damage. The selection of vehicles is similar to last years Danger Zone – non-licensed cars like the F1 style car, sports cars, and taxis. In last years game, there was a “simulation”-style aesthetic, where everything seemed to download into view like loading a virtual reality sim. This year, Danger Zone hits the streets of Europe with actual roads adorned with all manner of buildings, greenery, and other beautiful vistas giving the game a far more open feel to it. You’re still restricted to going where the developers want you to go, but often you’ll be able to drive for miles before hitting the danger zone, often causing havoc along the way. This makes the whole experience feel bigger, but it also makes losing even more bitter, because you’ll have to re-drive the sometimes lengthy distance to try again.

Driving into a Danger Zone and crashing is when the fun really starts. After a predetermined amount of crashes, you’ll gain access to your Smashbreaker. Pressing the Smashbreaker button anytime before the time runs out will cause a devastating blast causing chaos all around you. The explosive effect is even more incredible than last years Danger Zone. When your car is blasted into the air, you can steer it a bit to cause more impacts or collect the various pickups that you can acquire to improve your score. Those pickups include three tokens of varying value, and if they’re collected in the correct order, you’ll earn a Grand Slam bonus for even more points. You can also collect Smashbreaker pickups which give you an extra Smashbreaker to activate at your discretion. New pickups include the boost, which will pop up in levels, usually before a jump, to help give you that extra big nudge to score some epic air. There’s also instant Smashbreakers which will cause your vehicle to explode as soon as its collected. Ultimately, your goal is to cause to most damage which equates to high scores, providing you medals from bronze to platinum. 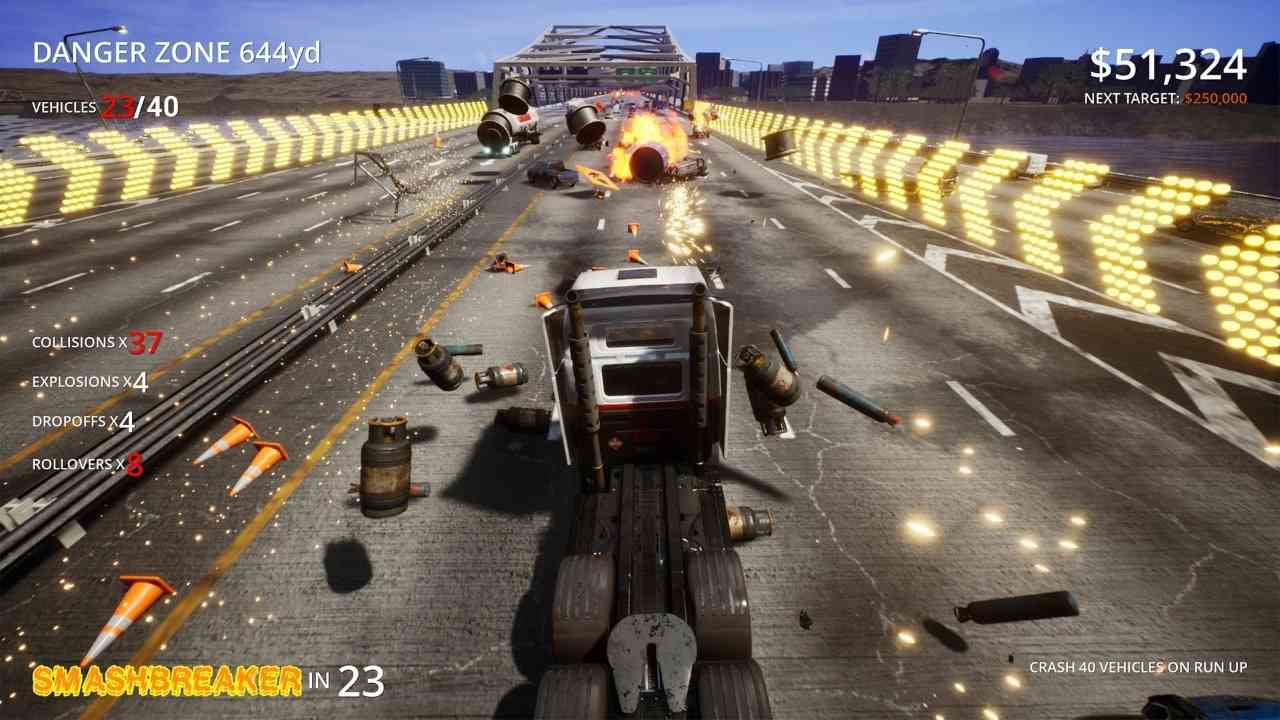 Boosting and Checking make their debut in Danger Zone 2. Boosting is just like it was in the Burnout games. Your boost meter grows as you drive, and pressing the boost button activates your nitrous giving you a swift kick in the bumper accelerating you to blistering fast speeds. Deplete your entire boost bar without crashing, you’ll begin a boost chain, which gives you another boost bar to deplete. You can keep that boost chain going as long as you have enough road ahead of you – but damn it’s difficult! There’s one Achievement/Trophy that requires you get a 10x boost chain – and I tip my hat to anyone who pulls this off. Then there is checking, which allows you to hit a car from behind and direct it forward and to the left or right, which is great for completing Run Up objectives (more on that in a moment), but the problem I found is sometimes you’re not sure if hitting a car from behind will check them or cause a crash. Oh, and crashing before the danger zone is a no-no, forcing you to start the entire level again.

A big new addition to Danger Zone 2 is the inclusion of the Run Up objectives. These are objectives that you need to complete before arriving at the danger zone. The types of challenges vary from level to level, with some being relatively simple to brutally challenging (for me, that was anything involving more than a few boost chains). The Run Up objective, if completed, adds to your overall score – and you’ll most definitely need to complete them if you hope to earn those platinum medals.

All Alone in the Danger Zone

Unfortunately, Danger Zone 2 missed out on a couple opportunities with this sequel. The first big issue is the lack of multiplayer. In my review of the first game, I had suggested adding local multiplayer where players compete for the best score without needing to swap controllers. I stand by that with Danger Zone 2. However, if a future Danger Zone were to finally add multiplayer, maybe I could also suggest something like a tournament-style, local multiplayer mode where players race a few handpicked levels and the best overall score from all played levels wins. Trials Fusion has a multiplayer mode similar to this (and there is even playable online). There is an Online Leaderboard, and like the first one, it has some nice stats, such as the number of attempts everyone took to earn their score.

Another missed opportunity is the shortage of levels. The original featured 32 levels total (not including the training levels), this sequel only features 24 levels, plus its 3 bonus levels. The levels in Danger Zone 2 are longer and more difficult to master, but ultimately, it’s still fewer levels compared to the predecessor. An easy fix for a game like this would have been to take some of the more popular levels from the original Danger Zone and updating them to match Danger Zone 2’s new aesthetic. This, combined with the other Danger Zone 2 improvements would have provided more levels, without creating a ton of extra work for the development team. It’s worth noting that the original game did receive a post-release update that added new levels – so hopefully the developers will consider doing the same with this game.

Danger Zone 2 is a strong sequel to Danger Zone. Visually, the game is leaps and bounds above the original. The game controls far better than the original and additions such as checking, boosting, and Run Up objectives provide some much-needed depth and challenge. Danger Zone 2 doesn’t introduce any form of multiplayer, but at least the Online Leaderboards make a return. Probably the biggest disappointment is the fact that there are actually fewer levels than in the original. The levels are longer and more detailed, but more levels would have been appreciated. Hopefully, the game will receive some post-release content as the original did. It might not be an overly long game, but it still has some genuinely enjoyable moments and some of the challenges will take a lot of practice to complete. If you’re a fan of Danger Zone or those old Burnout games, then Danger Zone 2 is an easy recommendation.

***Danger Zone 2 key for PlayStation 4 was provided by publisher*** 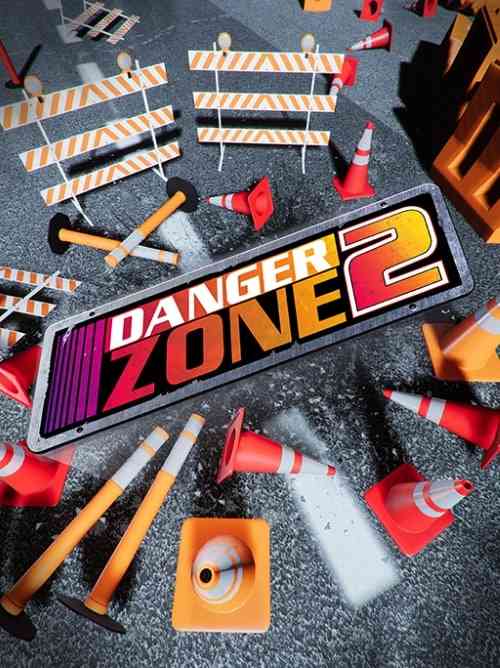 Crash Bandicoot Is Better than Ever