Toys for Bob Has Optimized Crash Bandicoot 4 for Next-Gen 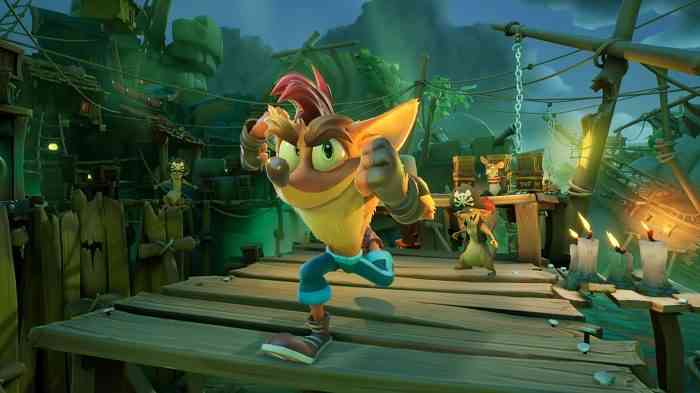 The Xbox Series X/S and PS5 both released recently during the holiday season and games are still being updated for the new tech and Toys for Bob has been hard at work on the next-gen upgrade for Crash Bandicoot 4: It’s About Time. While the 3D audio will help immerse Crash fans like never before, fans on the PS5 can enjoy the additional immersive feeling of the treacherous environments through the DualSense’s adaptive triggers. Fans will apparently be able to feel the force behind Beo Cortex’s blaster and the forceful pull of Tawna’s Hookshot.

Existing fans of It’s About Time shouldn’t feel disappointed if they’re looking for a next-gen upgrade, as Toys for Bob and Activision are ensuring owners of the existing version get a free upgrade, with the exception of gamers in Japan. Fans on the Xbox Series X/S will get the correct version of Crash Bandicoot 4: It’s About Time through Smart Delivery, while PS5 gamers will be able to utilize the helpful Activity Card that makes navigating the game a little more seamless.

Are you looking for a next-gen upgrade for Crash Bandicoot 4: It’s About Time? Let us know in the comments below!

Loop Hero Passes Half a Million Sales, New Updates to Come
Next
GTA V Continues to Raise the Bar for Itself
Previous
Ninja May Be Done Streaming Fortnite