It’s About a Whole Lot of Stuff

Launch trailers usually release at the same time as the game. That’s why its called a Launch Trailer, but Acitivision hasn’t been doing things conventionally with this game. Or maybe they don’t understand the words they use in marketing, which would explain why they released a demo for players who already pre-ordered and bought the game. Regardless, the Crash Bandicoot 4 launch trailer is here and it’s pretty hype. Between the nostalgia it generates, the new elements it introduces, and the music, it looks really exciting. 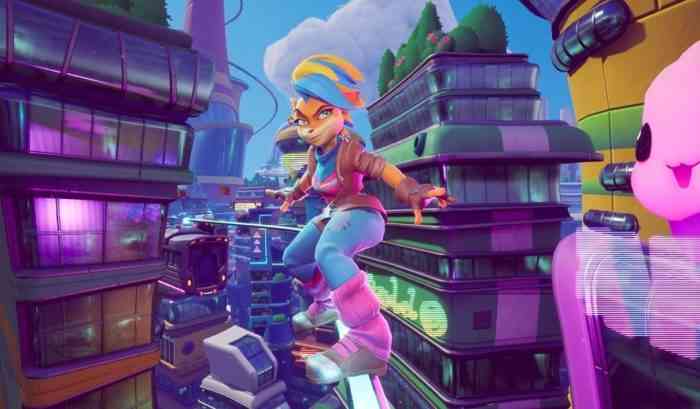 As the title suggests, we get a brief, but diverse glimpse of what the game has to offer. We see Crash, Coco, Tawna, Neo Cortex, and Dingodile being played as, running through different levels, using their various abilities and powers. The game will be offering a fresh take on the classic gameplay seen with side-scrolling and 3D platforming. New artistic elements have been added as well. Filters can be applied that give the game an old CRT look, a Take On Me music video vibe, or comic book panel feel, plus a lot more, I imagine.

The tail end of the trailer shows new unlockable skins for PS4 players that finish the second level of the game. I’m not sure if its a typo or not, but the trailer claims that these skins will be “available on other platforms no earlier than 31 December 2021”. No earlier?! Xbox players will have to wait more than a year before unlocking them? Will be people even be playing the game at that point? Can I travel through time in the game to reach January 1st, 2022 and claim the skins? I don’t get it. Crash Bandicoot 4: It’s About Time will be out on October 2nd for PS4 and Xbox One, and Xbox Series X at a later date.

Will you be getting Crash 4? Let us know in the comments below.

Concept Art for Call of Duty: Black Ops 5 Has Leaked Online
Next
BlizzCon Going Digital in 2021
Previous
What Is Microsoft’s Plan for Future Bethesda Games?