What’s that? You’ve never played any of the Cotton games before!? Even though they’re part of a 30-year-old franchise that massively led to the popularity of the shooter subgenre “cute ‘em ups”!? Yes, I am aware that the only North American release was the original game back in 1993 for the TurboGrafx-16. And that that version was not a very good arcade port. And that nobody owned a TurboGrafx-16. And that no other games in the franchise were released outside of Japan afterward. Well, let me tell you a tale…

Once upon a time, there was a Japanese video game hardware developer called Sega. They made amazing arcade games in the 1980s and introduced the world to the massively popular Sega Master System and Sega Genesis home consoles. Then they oversaturated the market with two unsuccessful add-ons to the Genesis (the Sega CD and Sega 32X), one console that wasn’t supported with software outside of Japan (the Sega Saturn), and one final console that nobody got because they all lost faith in the company and gave their Sega money to Sony’s PlayStation. Sega still exists today as a third-party game developer that gets by on the success of franchises like Sonic The Hedgehog and Yakuza.

Cotton is one of the game franchises that Sega didn’t really release outside of Japan. The original was an arcade game that had many bad ports, and the second was a Super Famicom (aka Super Nintendo) exclusive called Cotton 100% that was more of the same. The third was a Space Harrier-style Sega Genesis exclusive called Panorama Cotton, and the fourth was originally an arcade sequel called Cotton 2: Magical Night Dreams (it was eventually ported to the Sega Saturn, re-released in arcades as Cotton Boomerang, and again, ported to the Sega Saturn). Finally, the fifth was a 3D rail-shooter for the Sega Dreamcast called Rainbow Cotton. It has been 21 years since the Japanese-only release of Rainbow Cotton, and there is finally another game in the franchise! Well, it’s a remake of the original, but it’s a really good one! 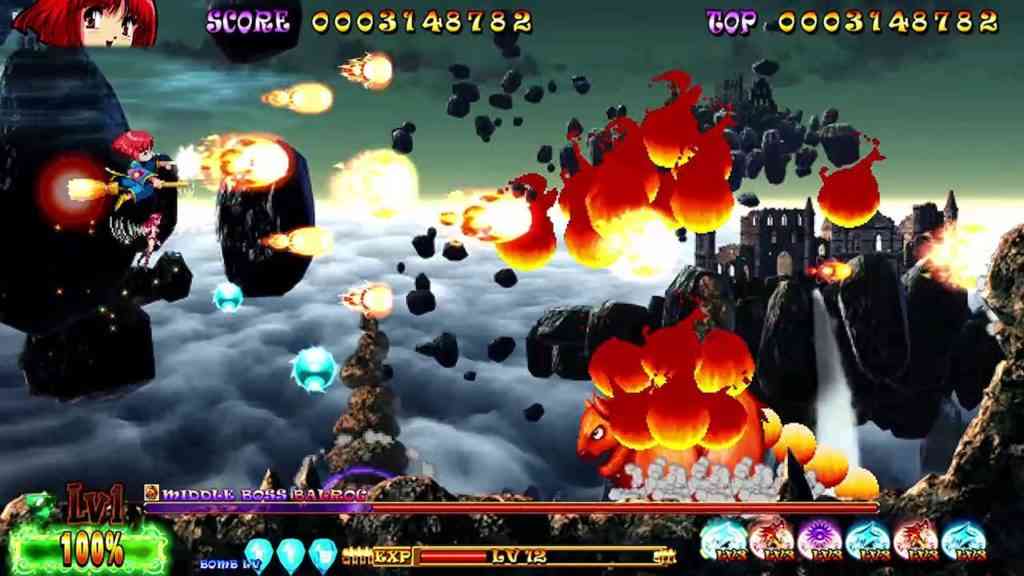 And we’re now getting that remake in North America! Cotton Reboot! is a fantastic re-release of Cotton: Fantastic Night Dreams. And it is a remake of the Sharp X68000 version, which was the best port of the arcade version and had added bosses, remixed enemies, and updated graphics. One of my favorite aspects of Cotton Reboot! is that it gives the player the option to play the X68000 version or the new Arrange mode. Arrange mode has newer/sharper HD graphics, some quality-of-life upgrades like being able to hold down the fire button, and is much more frantic and fast-paced. Although I preferred Arranged Mode overall, it can get a lot tougher, and the screen can sometimes get filled with so many blasts, enemies, and point indicators, that it can be tough to tell what’s going on. It’s awesome to see but frustrating to play through.

Cotton shoots and drops bombs, while her fairy friend Silk provides additional fire. Up to 6 total fairies can be gathered. Shooting bombs increases their power, and shooting crystals cause shots to change, diverge, and become more powerful. Spells are fired with X instead of square and level up individually by gathering consecutive crystals of the same color. Magic types each have a second effect which can be used by charging and releasing X. The controls make Cotton Reboot! easy to pick up and play, and, like all great shoot ‘em ups, deceptively challenging to master. 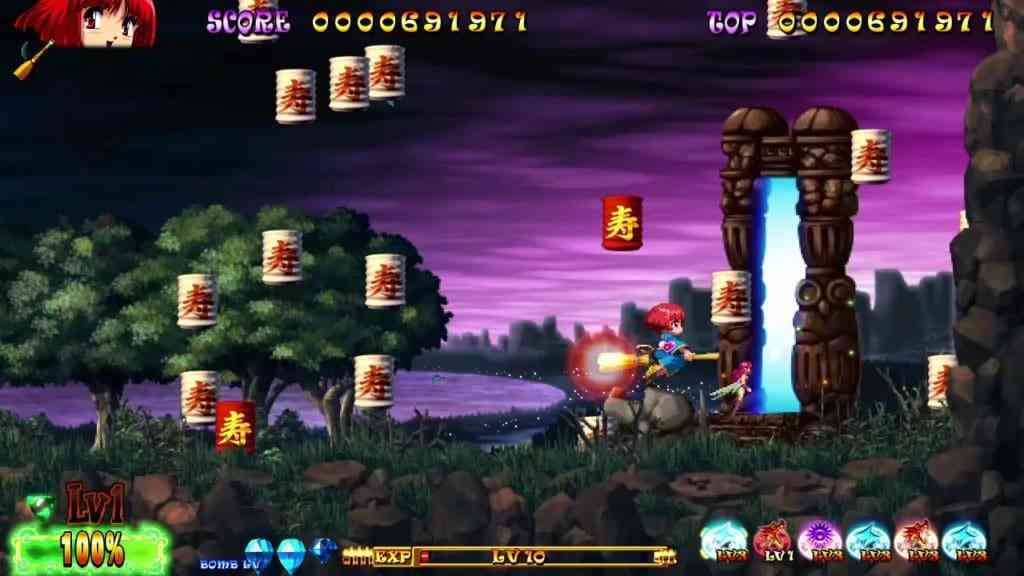 It’s all pretty basic gameplay, but what sets Cotton Reboot! apart from other horizontal shoot ’em-ups (Gradius, R-Type, Risk System), or even other cute ’em-ups (Fantasy Zone, Twinbee, Parodius) is its gorgeous graphics and art style. There are plenty of silly anime story scenes, all of which are easily skippable, beautiful modern-quality pixel graphics, and original graphics for those who want an authentic early 90s experience. Music and sound effects sound exactly what I’d hope emanates from the stereotypical colorful Japanese arcades.

In addition to choosing between Arrange and X68000 game modes, there are also 2 and 5-minute time attack levels, which differ from the 7 campaign levels. These allow the player to see how far they can get/ how many points they can rack up in their set time limit. There are also extensive rankings and statistics kept, online rankings, the ability to choose the number of player lives and change difficulty settings. Cotton Reboot! is all about the replay value and gathering of points. Even still, $40 is a steep price tag for such a short game.

Cotton Reboot is one of my favorite horizontal shoot ‘em ups of all time, alongside Keio Flying Squadron, Harmful Park, Cho Aniki, and Zombie Nation. What those all have in common is that they’re weird and unique in their presentation. They all have solid gameplay but don’t re-invent the wheel with anything other than style. Casual shooter fans can’t go wrong with Cotton Reboot!. It has an interesting presentation, tight controls, and scale-able difficulty. It won’t challenge hardcore bullet hell enthusiasts, but they probably want their shmups to be vertical anyways.