Once every console generation or so, Sega gives gamers the opportunity to reach back through time and experience a huge swath of their finest 16-bit titles from the Genesis era. While each version has its highs and lows, there are a number of standout entries in this latest version, Sega Genesis Classics.

Downsides first: this version doesn’t have Sonic 3 and Knuckles. To be fair, a lot of collections don’t. On the other hand, you do get Gunstar Heroes. There’s also Virtua Fighter 2, two different Wonder Boy titles, and both Toejam and Earl games! Okay, those last ones are more like curious historical artifacts than excellent games, but still. Good on Sega to keep things interesting with this latest version of their virtual arcade/90’s bedroom. In fact, there’s a number of titles here that you won’t find on either of the previous two Sega collections released on consoles. Rather than give you every Sonic games for the thirteenth time, you’ve got a chance to explore some previously unknown corners of the Sega library.

There’s a couple of curious features that come with this latest Sega collection. Challenges are a great idea that I foolishly dived into immediately after firing up the game for the first time. This was a bit premature on my part. The challenges are a great way to test yourself if you’ve already more or less mastered the title in question, but they’re a harsh introduction to any given entry. You can also engage in some online multiplayer if you’re feeling brave (I wasn’t, at least not so far). Finally, there’s the collection user interface. It’s a 3D recreation of a bedroom from the 90’s. There’s old audio equipment, posters and a clunky CRT. The crown jewel is the shelf full of Genesis games, each in their proper boxes and meticulously organized. I spent a good chunk of time just examining every element of this space. For someone who lived through this fascinating time period, it was a well-crafted walk down memory lane. 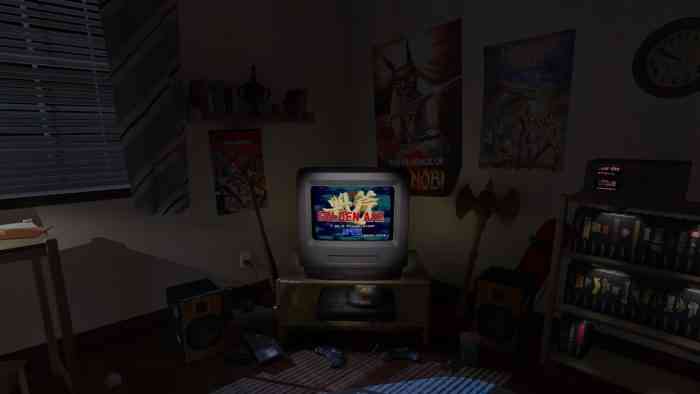 There’s also save states and a rewind/fast-forward option. It took me a distressing amount of time before I figured out you could rewind every game at any point, undoing any horrible mistakes you might have made. This option alone is better than any cheat code you could possibly implement. If you’re not satisfied with the way a boss battle went, you just hold down L2 until you reach a proper spot for a mulligan. I immediately put this to work in Sonic the Hedgehog 2. Shameful, yes, but my curiosity got the better of me. Between this feature and the save states, you have a great opportunity to tackle certain games that may have defeated you when you were younger.

One feature missing from this version of the library is the ability to unlock games. To my knowledge, what you see is what you get. Although, what you get is still 50 games. It’s a longer list than either previous version of this library could boast, though I wouldn’t have minded being able to find some hidden titles among some of the challenges listed. Having examined each of the various game lists from this and two other versions of this library (with the other two being for PS3 and PS2), Sonic 3 and Knuckles is the only notable entry missing. Sega Genesis Classics is also missing the first Phantasy Star, but I feel like most people can get by without that particular game just fine.

A Knuckles-Shaped Hole On The Shelf

For me, this is a perfect opportunity to sit down and experience some retro titles that I would have otherwise missed. Yes, Sega isn’t shy about selling you these games. But I feel like a complete package (such as this one) is a much more convenient delivery method than any number of Steam or PSN sales. Plus, this particular collection outpaces both of Sega’s previous classic catalogs in terms of sheer volume. Sure, games like Galaxy Force II haven’t aged quite as well, but they’re still a fascinating look into the industry’s illustrious 16-bit era.

Sega has done this collection dance for the third time in as many hardware generations. Between the three of them, this latest version is easily the most full-featured. The game selection menu is a clever throwback that feels steeped in history. The trophies and challenges are a great way to add some more challenge. Being able to fast-forward is perfect for some of the slower RPGs, while the rewind feature is almost too much power for someone as feckless and impatient as myself. While I continue to lament the lack of certain exceptional titles, the wide range of games being offered helps ease that pain. If you’re looking to dive back into the Sega library without hauling out old hardware, the Sega Genesis Classics collection is a fine choice. 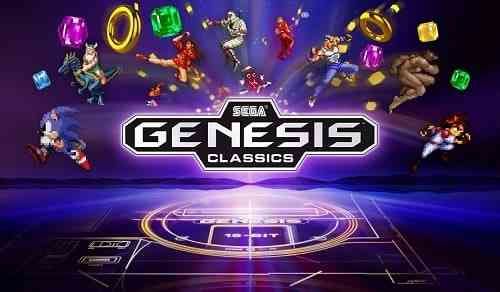