Sonic the Hedgehog 2 Zooming into Theatres in 2022

Just Like the Star, The Sequel is Coming in Fast

Sonic the Hedgehog was a big success, going from a hated first trailer to the single biggest opening for a video game adaptation in North American history, grossing $319.7 million at the box office. Is it any surprise that a sequel is already in the works, especially given the cliffhanger ending of the first game?

The first movie put a fresh spin on Sonic’s backstory, seeing him as an alien hedgehog hiding out on Earth from the echidnas seeking him for his power. Seeking refuge in Green Hills, Montana, the lonely hedgehog inadvertently causes a massive power outage that attracts the attention of the villainous Doctor Robotnik, then loses his bag of magical rings which allow him to travel between planets, forcing him to team up with a small-town sheriff to escape.

The sequel is coming on April 8th, 2022 and as the above title announcement video shows (Although title announcement seems a bit redundant considering the title is Sonic the Hedgehog 2) we’ll be seeing Miles “Tails” Prower joining the team. Tails is a mechanical genius, ace pilot, and has the ability to fly by spinning his unique twin tails like a helicopter, making up for his lack of speed compared to his best friend with the ability to fly.

Tails’ voice actor in the games, Colleen O’Shaughnessey, will be reprising her role, and we’ll likely see the return of much of the principal cast, including Ben Schwartz and Jim Carrey. This would be a rarity for Carrey, who has generally avoided making sequels since Ace Ventura 2, but the man has bills to pay, and Sonic was his first movie role since 2016 – and let’s face it, who else could play the role as well as he does? 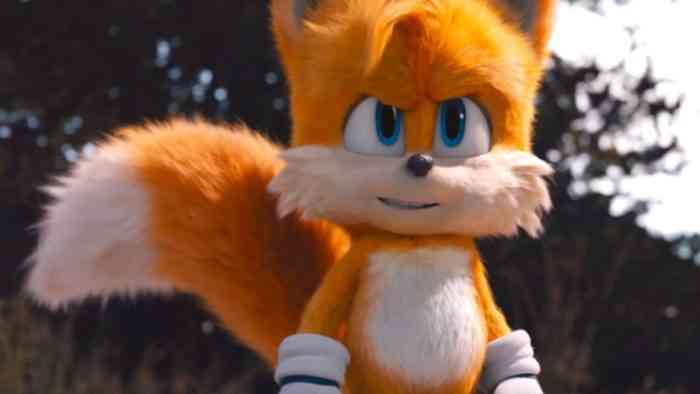 No word yet on whether we’ll see any other familiar faces, like Knuckles, Amy Rose, or Rouge in the upcoming film, but hey, if they’re not you might not need to wait too long for Sonic 3.

Be honest: could you beat Sonic in a footrace? Let us know in the comments, on Twitter, or on Facebook.