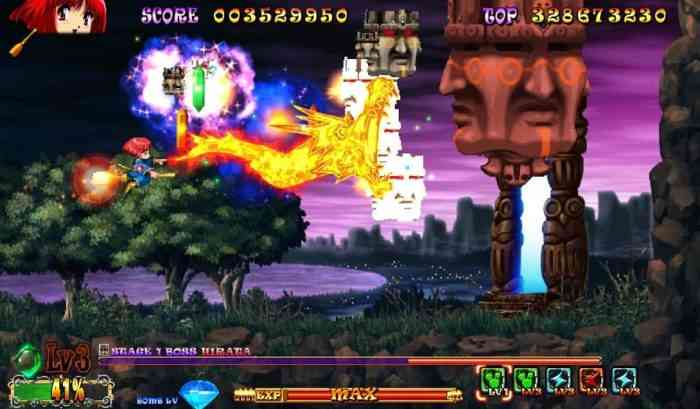 There is a 30th anniversary website for the game, which is in Japanese, so forgive my vague description. There appear to be two components to this anniversary: one is a compact arcade machine and the other is the console remake game. The tiny arcade machine looks like the laptop version of a a cabinet. There is an arcade fightstick pad with a screen and speakers built into it, which obviously plays the first Cotton game. The remake is an updated version of the original with improved graphics, remastered music, and an overall glowup. It also has an option to play the arcade version if you want a trip back in time.

The remake will be debuting in Japan in February and we are hoping for a Western release at some point. We have already seen localized gameplay, but so far no release date for North America. Cotton: Fantastic Night Dreams – Cotton Reboot! will be launching in Japan on February 15th for PC, PS4, and Nintendo Switch.

Do you want to get your hands on this game in the West? Let us know in the comments below.