Yakuza 6: The Song of Life (Xbox One) Review

Back when I first covered Yakuza 6: The Song of Life on PS4, I found it to be a worthy swan-song for one of gaming’s most badass antiheroes. And now, 2 years later I’ve been pulled back in to Kiryu’s world one last time for the Xbox version and with all due respect to current series protagonist Ichiban Kasuga, it’s been a great homecoming.

If you’ve played the previous games in the series (and you have no excuse not to, since they’re all on Game Pass), you know that Kiryu Kazuma has taken many punches and kicks over the years (both literal and figurative) but the stoic Dragon of Dojima has always given as good as he got. In Yakuza 6: The Song of Life, things come full circle as he’s left to take care of little Haruto, the baby son of Haruka who is left in a coma. Just as he played daddy to young Haruka in Yakuza 1, Kiryu must once again protect an innocent child even as he lays beat-downs on the usual gangs of street thugs and grizzled Yakuza gangsters.

Things start off a bit slowly, with a cinematic cut scene so long that it will make newcomers to Yakuza wonder if they just bought a movie instead of a game. Eventually, though, you take control and you’re back in Kamurocho taking in the sights, shops and quirky characters that have made the Yakuza series so great. Whether you’re a series veteran or not, I recommend you take the main story as more of a suggestion than an imperative; take your time and walk around talking to people, eating at the many restaurants, playing game at the SEGA arcade, and doing all the other amazing activities available in Kamurocho (and later Hiroshima). 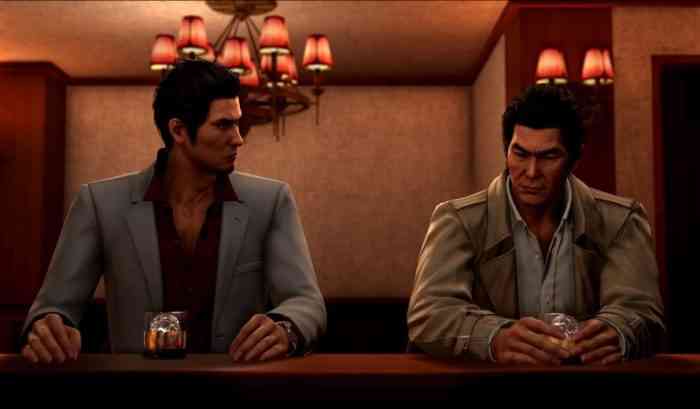 Not that the story isn’t great. Yakuza 6: The Song of Life brings all of the epic characters, gangster power struggles, and plot twists we’ve come to expect from this iconic series. This is the last bow for Kiryu Kazuma and there is a noticeable thread of pathos present alongside the usual adrenaline and testosterone this time around. I don’t just mean all the times Kiryu looks back on his previous adventures, or longs to retire and put the Yakuza life behind him — he’s always been self-reflective, and that’s one of the reasons we love him.

I also just mean the quieter, softer moments, like Kiryu laying in a hospital bed in bandages in the game’s opening sequence. As the now-grown-up Harkuka stood over him, for the first time I thought he looked old. I pitied him. Later, when Kiryu struggled to do his best to take care of Haruka’s baby son, buying milk for Haruto and bouncing him up and down to soothe him, I laughed at the silliness but I also felt a bit sad for Kiryu and all of the family moments that he has lost in what has ultimately been a lonely, solitary life. 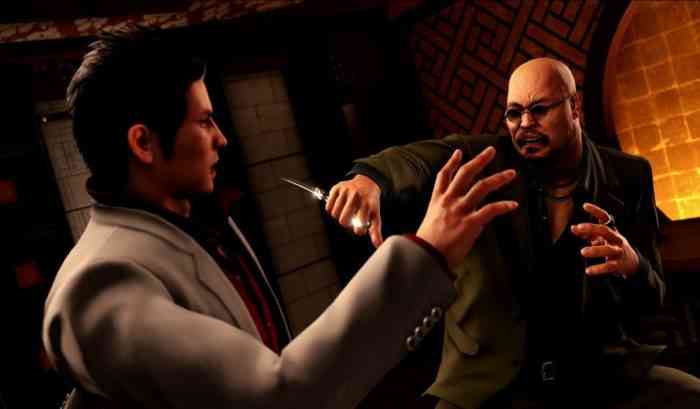 As usual, though, developers Ryu Ga Gotoku are masters of balancing all the heavy emotion with lighthearted elements to cleanse the palette. Those come in the many side-quests (called Substories) you’ll stumble upon as Kiryu roams Kamurocho and Hiroshima’s streets. These are arguably the most enjoyable part of Yakuza 6: The Song of Life, even if they’ve been trimmed down in number from previous titles. It’s in the Substories that Yakuza’s quirky and even satirical edge shows itself, with witty and biting takes on such contemporary subjects as artificial intelligence, gender roles, pop culture, social media and even cat cafes.

While the quality of Yakuza 6: The Sing of Life’s writing is as stellar as ever, the sheer scope of the game world and quantity extras had to be scaled down due to the new improved game engine. The upside to this is that if you played Yakuza 1 through 5 you’ll see a noticeable leap in visual fidelity in this latest iteration, in addition to destructible environments that bring the ability to take street fights right through store windows and into the laps of shocked restaurant diners. If I had a criticism it was that this Xbox One version showed some framerate dropping at times, especially during cut scenes. Maybe I’ve just gotten spoiled in the last 2 years, but overall I wasn’t sure the Xbox version had the silky smoothness that I originally saw back on the PS4.

That’s not to say that there aren’t still some nice improvements though. Close-ups have nice detail, and transitions when entering shops and engaging in combat have been greatly refined. While in previous games, you had to endure a long set-up scene every time a gang of street punks bumped into you, fights now start right away. Trust me, that is something you really appreciate by your hundredth street fight. Plus, maybe my favorite upgrade in Yakuza 6: The Song of Life is the fully-acted story dialogue — no more reading endless paragraphs of text.

It’s a testament to the Yakuza series that even in a pared-down version like Yakuza 6: The Song of LIfe, you’re still getting a dizzying amount of content in one package. Aside from the main quest and over 50 Substories, you’ve got tons of mini-games scattered around the urban environments, like karaoke, darts, baseball, working out and so many more that you’ll be hundreds of hours in before you are fully finished. That’s not even mentioning the Clan Creator mode, an addictive real-time strategy game that stole many hours more of my life just by itself.

While Yakuza 4 and 5 raised the narrative stakes and added ever-more characters and locales to the Yakuza universe, Yakuza 6: The Song of Life feels smaller and brings the spotlight back to Kiryu, and it feels like the respectful sendoff our beloved hero deserves. While we may get less content in the form of Substories and mini-game activities in this last chapter, less feels like more with the nice visual upgrade and gameplay improvements. No, the Xbox version of Yakuza 6: The Song of Life doesn’t quite feel as latest-gen as the PS4 version I reviewed 2 years ago, but Kiryu’s swan song still kicks some serious ass.

5 of the Most WTF Moments From the Yakuza Game Series
Next Gnosia Review – Human or Gnosia? You Decide
Previous Plants vs. Zombies: Battle for Neighborville (Switch) Review – Simple Chaotic Fun