The first thing my roommate said to me when he found out I was reviewing a Contra game, was “You know what that means? You’re gonna need a second player!” And when we started the game, there was no 2 player mode. A 2 player mode does eventually unlock, but the point is that Contra: Rogue Corps does not feel like a Contra game, and that’s a bad way to feel. The gameplay is very much twin-stick shooting, as opposed to the 2D run and gun gameplay of most classic Contra titles. Think Neo Contra as opposed to Contra: Shattered Soldier and you’ve got the idea. But opposed to Neo Contra, which was an excellent twin-stick shooter, Contra: Rogue Corps is just an ok one.

The game begins with a very un-Contra-like tutorial. It’s not that this tutorial wasn’t welcome, it’s just that a part of what makes Contra a Contra-style game is that it immediately drops the player into the action with intuitive controls. Another very un-Contra-like issue the game has is the player’s gun has a cool-down period that comes very quickly and encourages the player to fire in short bursts. Not firing full tilt all the time really makes Contra: Rogue Corps feel like it should never have had the Contra label. Firing your weapon locks onto enemies, but when it is in the process of locking on, for some reason, the player’s ability to aim with the right stick becomes limited. The player can dodge through traps and into enemies to break down their shields, if they have them, which executes fun-looking fatalities. Sometimes the game goes into “shooting gallery mode” where the game mimics Wild Guns-style gameplay, but it really isn’t any different from the regular twin-stick shooting gameplay as the player still controls the same way, just on a 2D plane. Each level is timed, and while they can be paused, the timer keeps ongoing, which I found to be just plain annoying.

The Training Wheels Are Off

Once the single-player tutorial is beaten, the player has access to the base camp, where Story Mode, Online Player Vs Player Mode, a Workshop where players can purchase, customize, and develop weapons and accessories, and a Surgery Room where players can alter their stats, are all unlocked. The main story mode can be played single-player, online or up to 4 players couch co-op. 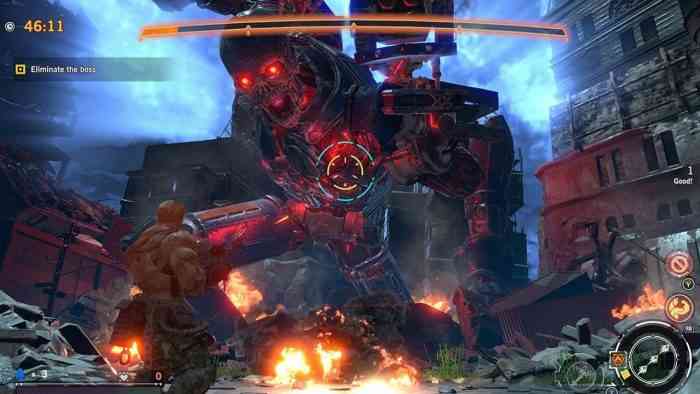 There’s an 8 player online player vs player game where players shoot at spirit balls and roll them into their opponent’s net. There’s also a Rage Mode where players attempt to kill each other, as well as enemy monsters. Carnage League consists of 4 player vs 4 player matches which can either be ranked, private or quick played using random rules. In these matches, Carnage Coins can be earned to buy weapons and stat altering accessories.

There are multiple characters that can be used. They are basically just different skins because different weapons can be purchased for any of them, but they each start with a different weapon set. Kaiser is the standard Contra soldier bro, and he can switch between a  long-range, fast machine gun, and a more powerful missile launcher that has a much quicker-to-come cooldown. Ms. Harakiri is a woman with an alien belly she has to shove a sword into. She uses a long-range laser beam, and a very powerful, very short range, and very quick to overheat chainsaw. Hungry Beast is a machine gun-wielding panda bear, with a powerful drill he can fire. And Gentleman is a polite alien with a laser beam and short-range/ powerful/ overheating flamethrower. Each character also has a unique finishing move when executing their dodge shield breakdown attack. 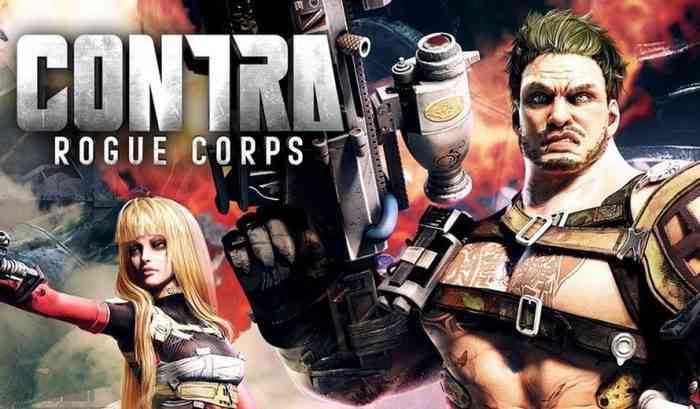 The game looks like a PS3 game. The character aesthetic is fun, but everything else is pretty bland. The story is serviceable but ultimately forgettable. It was cool to see that they made Contra: Rogue Corps a direct sequel to Contra III: The Alien Wars for Super Nintendo, but the tone is just too bro-ish and the plot too generic. The comic book-style motion art for the story sequences is ok but ultimately appears like a budgetary compromise.

The player will be doing a lot of the same in Contra: Rogue Corps. Although the progression systems and multiple modes are welcome, the game is just ok, and it definitely doesn’t feel like Contra. If the price was less it would be a good budget title, but for Konami’s newest Contra offering, it just doesn’t cut the mustard. 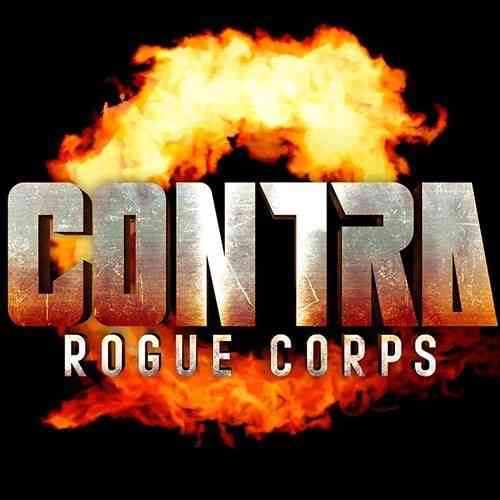