FIFA 20 Review – Stylish and Fresh, Yet Oh So Familiar

EA has been putting out an annual release of FIFA for 26 consecutive years. While a lot has changed in that time, a lot about the game remains constant year over year. There are a ton of graphical improvements, and a bunch of new and improved game modes that just didn’t exist back then, yet it’s still a familiar, competitive soccer title. So what makes FIFA 20 stand out from the past iterations? EA has brought back a variation of their popular FIFA Street games with Volta, a new street mode that oozes style, creativity, and fun. Color me intrigued.

There’s a whole lot of game here. From this brand new Volta street-esque game mode, a Career mode, and a FIFA Ultimate Team (FUT) mode, to the UEFA Champions League, Tournaments, and a variety of online game modes, this is definitely a meaty package. And despite so many ways to play it’d be silly to assume Volta wouldn’t be the very first stop on this brand new FIFA tour. Here you’ll begin by creating a character, customized however you see fit, before venturing out into the world alongside a new squad of street soccer superstars. This journey will have you travel across the world, facing off against unique and spirited squads in 3v3, 4v4, and 5v5 matches, all in the hopes of becoming number one. Along the way you’ll meet an entertaining cast of characters, though admittedly the linear storyline and relationships within Volta feel forced. Within the first couple of hours you’ll be more than a little annoyed by your teammates, which unfortunately ends up making Volta feel like a bit of a chore to play as a result. Outside of the witty banter and the friendship Syd and Rev share, there really isn’t much of an appeal to play this mode for its story. That said, if you skip the cutscenes and instead focus on the actual gameplay, you’ll have a ton of fun with Volta. The game mode does offer up style in abundance, a frenetic change of pace, and gorgeous arenas to kick ass in. There’s a variety of tricks and fancy footwork to be learned here as well and the focus is entirely on the glitz and glam of it all.

There is an online version of the Volta game mode as well, called Volta League, and while I couldn’t find a match to play there’s no doubt this is going to be a damn good time. After all, these matches are set to be fast-paced and fun, and who doesn’t love that? Plus, you can earn a name for yourself by kicking real human opponents butts while earning brand new gear. Aside from the Volta League however, the online space of FIFA 20 remains largely untouched, offering up some quick matches, as well as the option to go head to head in a season or tournament. You also have the ability to build a team with friends. Sure there isn’t a whole lot that’s changed here, however it’s hard to imagine how much more EA could have added here, and the online portion of the game certainly doesn’t feel lacking in any way, shape, or form.

To Be the Best You Have to Look the Best

Career is more of the same of what we’ve come to expect from the FIFA franchise, however this time around there are some welcomed additions. You can now choose between building the team as a manager or jumping into the action as a single player. Whichever you choose, they’re both extremely customizable. If you play as a manager you’ll be tasked with trying to maintain a steady morale for the players on your team. If you play as a single member of the team, trying to make it all the way to the major leagues, you can customize everything from your physical attributes and your kit to the way you run and celebrate your goals. While Career feels 100% your own from the very beginning it would have been great to see a whole lot more depth here. 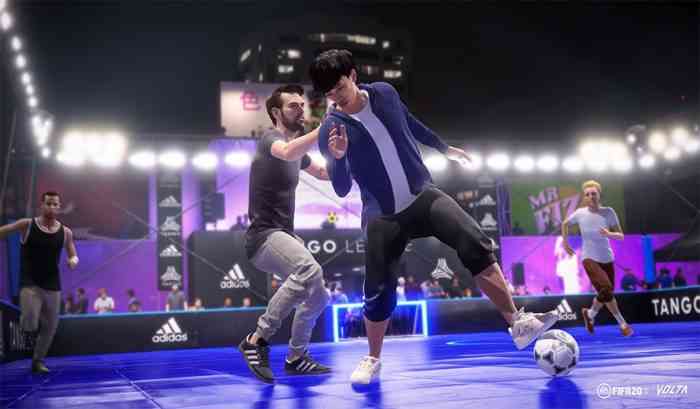 If you’re looking to play something a little more traditional, you can choose from the different championship and tournament modes, as well as the quick matches, however if you’re one who has been waiting for the perfect mix of competition and customization, FIFA Ultimate Team is an absolute must. In fact, it’s actually bigger and better than ever before. Here you can not only improve, but customize your team by earning different player cards, gear, logos etc. without starting as a complete rookie. Much like the Career game mode, FUT is home to some new improvements as well. There are some new ways to play, like King of the Hill, where you’ll want to keep possession of the ball in a cordoned spot of the arena for as long as possible, and Mystery Ball, where the ball has varying attributes for every new possession. Additionally the progression system has been revamped, and you can now complete milestone objectives in addition to the usual seasonal and daily ones. These are sure to inject longevity into the game mode for the FUT extraordinaire and newbies alike. If you are a newbie however, it’s best to keep in mind that this is, by far, is the most complicated game mode on offer with FIFA 20.

Regardless of your game mode of choice, EA has made some slight changes and improvements to the way the game actually plays. There are some brand new skills that are a bunch of fun and will also help you maneuver your way past the defence and to the goal. Considering just how important maneuverability is within FIFA, you might expect to see some extra tight controls, however FIFA 20 displays dribbling that’s even more fluid. Although certainly more realistic and authentic, this can be frustrating when trying to keep the ball under pressure. Even with the added strafe dribbling, which allows you to try and avoid the defenders tackles and advances, it’s harder to keep the ball against AI. Add that to the changed defensive mechanics and you might want to spend some time practicing every aspect of the game. Gone are the days when you could take the ball away from your opponent with ease. Now, you have to be strategic in your tackles and blocking because if you aren’t, you’ll be punished. Up the ante and play at a higher difficulty and you’ll certainly be feeling the pain.

What is absolutely undeniable is that FIFA 20 sounds fantastic and is effortlessly gorgeous. Player celebrations and animations are more realistic than ever, and the Volta arenas are spectacular. From every blade of grass and cloud in the sky to the miniscule details on player jerseys and the fans in the stands, there isn’t one pixel out of place. The rowdiness of the crowd and the bumpin’ music on display is more than enough to get you hyped for each and every soccer match you’ll play. Additionally there’s a large selection of commentary that doesn’t feel stale or recycled and the voice acting of the main Volta characters is well done. 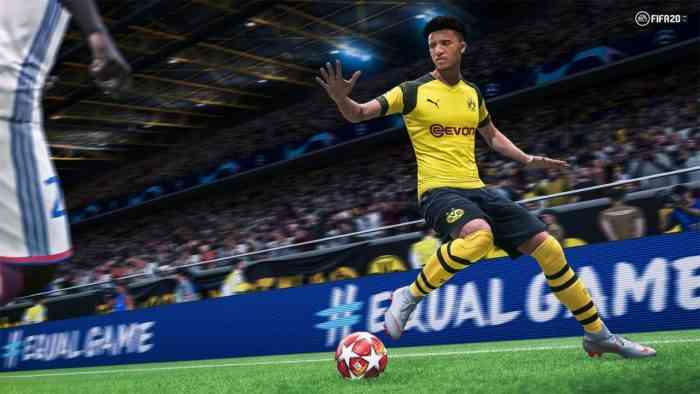 Despite the graphical prowess on full display within FIFA 20, there are a few more glitches and bugs than I would have liked to see within the full game. Though most aren’t detrimental to the experience, there is one that reared its head far too frequently. While playing practice drills, either just prior to a game or just for fun, there were times when my character and the ball weren’t visible. As such I couldn’t aim the ball or see the goal. How then could I complete my objectives you might ask? We’ll never know. Like these glitches there were also a few small oversights within the game. An example of which comes in the form of goal celebrations being cut short in favor of the actual replay. Sure, this is a small thing, but considering there’s a whole slew of celebrations to choose from at the onslaught it doesn’t really make sense not to display them, right?

For years fans have been yearning for EA to make some much needed changes to their FIFA formula and this year they tried to step outside their comfort zone just a little. Although the game still lacks a real gut punch of a story and there are some weird oversights and glitches throughout, there is a ton of customization and the Volta game mode has injected a fresh new feel to the franchise. Add that to a wide selection of game modes and a better FUT experience than ever before and despite its shortfalls FIFA 20 is definitely one of the better games from the franchise in recent years. 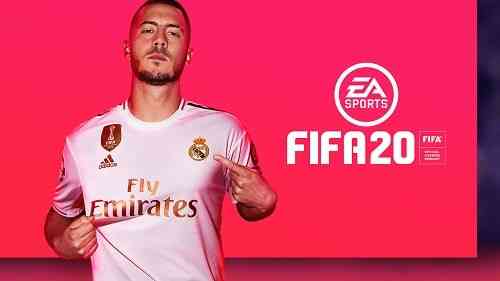 Alice: Madness Returns Is No Longer Available on Steam
Next The Surge 2 Review – Cyber Souls-like Is Shockingly Fun
Previous Contra: Rogue Corps Review – Not My Contra