The Surge was generally well-received among fans and critics alike but didn’t add a whole lot to the souls-like formula besides a fresh coat of sci-fi paint and a satisfying dismemberment mechanic. If you are expecting The Surge 2, then, to be a reinvention of the series and a bold new direction for the genre, you’ll likely be disappointed. Instead, The Surge 2 tweaks and adds to the relatively solid foundation it already had in place. The result is a game that is more ambitious and still enjoyable, but certainly not revolutionary.

The Surge 2 takes place directly after the events of the first game, but rather than following the path of previous protagonist Warren, we are instead placed in the shoes of a nobody who, through a dramatic twist of fate, becomes a somebody. Because of this, we get to customize our own character this time around and even choose between one of several backstories. Though this is a welcome change, the backstory seemingly had no impact on the larger story, leaving me wondering why there is an option to choose one in the first place.

The Walls of Jericho

Regardless, the story chugs along with your character thrust into the middle of a world-shaking event happening in the semi-apocalyptic Jericho City. A deadly techno-virus called Defrag is spreading and nanite machines are wreaking havoc on the population. In Jericho City, a number of factions from the militaristic A.I.D. to the religious cult called the Children of the Spark have taken over the city and all of them have their own motivations. Your goal is to find a young girl named Athena, and your journey will take you through every area of Jericho City. Much of the story plays out in “echoes” you find scattered across the world, which act like brief holograms of Athena showing what’s happened to her. This hands-off style of storytelling is always somewhat lackluster as it eliminates the sense of urgency and cinematic presentation that you would find in more traditional cutscenes. That being said, the story does ramp up significantly toward the end and veers away from the echoes into a more direct approach. As a whole, though, the story is serviceable if forgettable. There are some memorable characters you’ll encounter along the way, and the voice acting is solid, but nothing about the story blew me away.

The strong point of the original Surge was undoubtedly the gameplay, and that continues to be the case here to an even greater degree. As a souls-like, the combat will feel familiar to anyone who has played those games and is more or less the same as its predecessor. Light weapons feel airy and quick while heavy weapons wind up like molasses and land in a weighty crash. The limb targeting system is back and once again steals the show as The Surge 2’s defining gameplay feature. Being able to cut off a limb to acquire your enemy’s weapon or a corresponding armor piece is both practical from a loot and character customization perspective, and is immensely visually satisfying, especially when the camera pans into a slow-motion action shot to capture all the gory glory. Having the option to build multiple separate loadouts, each with their own armor, weapons, and implants according to the playstyle I want is also hugely convenient. Mechanically, the combat is great and the different weapon types are distinct in behavior. I prefer using lighter weapons such as spears to rush in and deal rapid poke damage then quickly evade away, but if you favor a timing-based, more methodical approach you might feel more at home with heavy weapons. 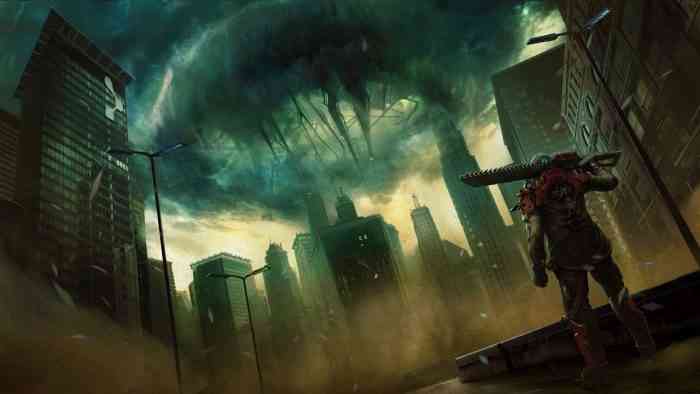 The Surge 2 adds a directional parry mechanic that brings another layer of skill to combat. If you can read the direction of an enemy attack (or have an implant equipped that tells you the proper direction as it happens) and block at the moment the attack hits, you’ll be rewarded with a staggered enemy that can be riposted. I love this system and found myself having the aforementioned implant equipped throughout the entire 20-hour playthrough. While parrying typical enemies is usually a good idea, it is even more useful on certain bosses and can create essential openings that you will rarely get otherwise. Another new ability is the drone, which can be outfitted with a variety of different weapons and tools that help both in combat and exploration. The drone also adds a fun asynchronous multiplayer function where you can leave graffiti messages to other players throughout the world, similar to what you’d find in Dark Souls.

We Built This City

The Surge 2’s Jericho City is a more fascinating locale than a tech facility but still isn’t as visually interesting as I’d like. There are a few main sections of the city that attempt to differentiate themselves but mostly fall short. Gideon’s Rock is arguably the most unique area, with lots of greenery and natural rock formations that lend it a slightly different atmosphere. The various regions of Jericho City are all fairly large in size, but The Surge 2 does a great job of designing shortcuts and hidden pathways that make the areas feel woven together. This is also important as a way to save time if you die since you will be sent back to the last MedBay (The Surge 2’s form of an upgrade station) you used. Visually, The Surge 2 isn’t very impressive, though. While everything looks okay, the lighting is too contrast heavy and I encountered several visual glitches and bugs. The animations and framerate, however, are consistently smooth and buttery. 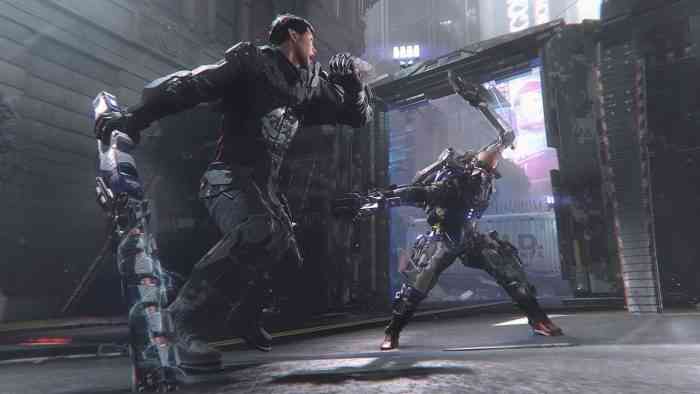 In this city, you’ll encounter plenty of angry cyborgs and blood-thirsty robots to fight, as well as a number of bosses. The difficulty is definitely high, but it only felt cheap a few times. One of those times was an extremely annoying boss who piloted a large, crab-like mech. Not only is this boss a long and repetitive fight, but I died an unreasonable amount of times thanks to his frustratingly enormous attack hitboxes. Besides this, and a few other enemies, most of the challenges in The Surge 2 are hard but ultimately achievable, and that’s exactly how a good souls-like game should feel. There are also some friendly NPC’s out there who will give you side quests or bits of useful information. These are welcome and usually offer nice distractions from the main quest. I did find it a bit strange, though, to be fighting my way through an enemy compound only to happen across an NPC from the same faction I was fighting who wanted to have a friendly chat instead of merely clobbering my brains on sight.

The Surge 2 has some marked improvements over its predecessor but doesn’t color too far outside the lines. It takes a formula that works well and continues using it in satisfying ways, just not in fresh or surprising ones. Still, that doesn’t take away from the fact that it’s a hell of a lot of fun, and once it sinks its hooks into you it’s tough to pull away. The Surge 2 is absolutely a compelling entry into the souls-like genre, yet I can’t help but feel it’s missing an extra spark of creativity to make it a true game-changer. 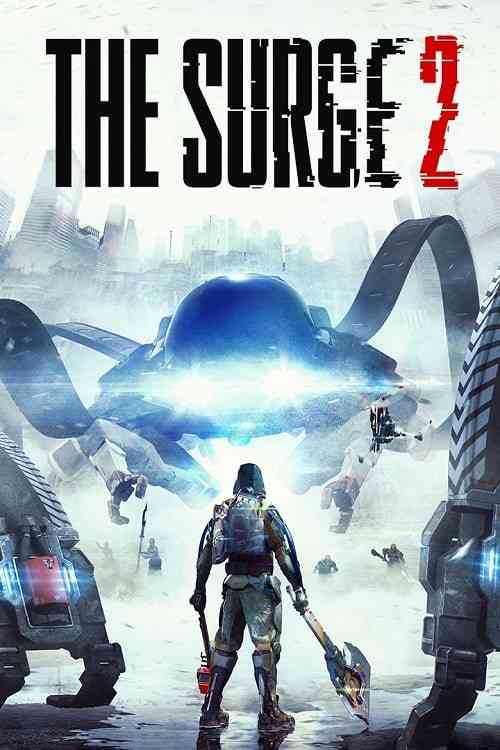 Blue Fire Review – Rekindling Flames of the Past

Unto The End Review – Trudging Through the Wilderness
Next LEGO Jurassic World (Switch) Review – Life Finds a Way
Previous FIFA 20 Review – Stylish and Fresh, Yet Oh So Familiar